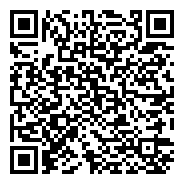 Applications of CBCT in endodontics

BACKGROUND AND PURPOSE: performing complex treatments in endo requires a lot of precision in the work and therefore tools and accurate imaging. For this purpose, the aim of this study is to investigate the use of CBCT as a high-precision imaging method in endodontics.

REVIEW METHOD: In this review, searching for articles in reliable electronic sources including Google scholar, Chochrane, Science Citation Index, Medline, Iran Medex and Scopus were done. The searched articles were published during the years 2012-2021 and were collected with the keywords CBCT imaging, Endodontics, Vertical Root Fracture and Peri Apical Lesion.

FINDINGS: In this study, after reviewing the available articles, it was seen that CBCT for detecting periapical lesions and its repair process, morphology The tooth and its complications, such as sub-canal and canal curvature, traumatic injury, internal and external view of the tooth, root resorption defects, fracture lines, perforation, broken appliances, over fillings, calcified canal, root proximity and pre-surgical assessment that conventional radiography cannot. It is used to check them successfully.

CONCLUSION: Since CBCT has high accuracy and sensitivity, if its limitations are removed (especially the high amount required) It can progress to the point where it can be used as the first dental imaging method in some complex cases.

Radiographic evaluation is a necessary component for endo treatment procedures such as correct diagnosis, preparation of appropriate treatment plan, control during work, and evaluation of results. Intraoral radiographs provide useful information for determining the presence and location of periradicular lesions, root canal anatomy, and the proximity of anatomical structures. and anatomical overlaps or a combination of these factors. For example, in periapical stereotypes, the important features of the tooth and its surrounding tissues are seen only in the mesiodistal (proximal) plan, while similar features are seen in the bucolingual plan (3rd dimension) can exist which remains far away [1-4]. Anatomical structures that create a background or structural noise can be opaque (such as the zygomatic appendage) or lucent (such as the upper sinus and foramen snizio) [5]. This complex anatomy and extra structures make it difficult to interpret the shadows. Regarding the geometric factors of the image, radiographic enlargements, changing the angle of the radiation causes the location of the desired building to differ [6].

In CBCT, the X-ray beam is conical and divergent, a detector rotates around the patient (Area of interest) and information is obtained in a cylindrical form (Fov) [7]. Therefore, a field of view has millions of voxels. They can be prepared as Isotropic (with equal dimensions) or Anisotropic (with unequal dimensions), which in CBCT voxel dimensions are similar. The information is processed by the computer and the images are reconstructed in sagittal, axial, and coronal planes [7].

The clinician can choose the desired slice thickness and these three planes can be seen simultaneously, and the change in the plane simultaneously changes the images of the other two planes [8]. Fov dimensions are the size and shape of the detector, and image geometry. and the collation ability of the rays depends. The smaller the Fov, the greater the transparency of the image and the fewer required rays [9]. The height of the voxels depends on the thickness of the ray cut, which determines the accuracy of the reconstructed image [10]. Because it is important in endo and checking the integrity of the PDL space, and the thickness of this space is 200 μm, the use of limited for CBCT on large volume CBCTs is preferable, unless the spread of extensive pathology and the apex covers several teeth, or a multifocal lesion with systemic etiology is possible, or a nonendodontic cause has caused the loss of tooth vitality [11].

The most important limitations of CBCT are its artifacts that make the interpretation of images difficult. These artifacts are in three categories [12].

Performing complex treatments in endo requires a lot of precision in the work, as well as accurate tools and accurate imaging. Since CBCT has attracted a lot of attention as a new imaging method in dentistry, the purpose of this study is to collect cases that facilitate the achievement of endodontic treatment goals [13,14].

In this review study, the cases whose use in endo treatments improves the quality of treatment and helps to perform treatment steps such as disease diagnosis, preparation of treatment plan, inter-task evaluations, and evaluation of treatment results were investigated. The reviewed articles were published using Medline, Cochrane Scopus, Iran Medex, Science Citation Index, and Google scholar databases from 2012-2021, and were collected with the keywords CBCT Imaging, Endodontics, VRF, and Periapical Lesion. Since the authors have published research studies and articles in this field, an attempt was made to collect the existing methods and summarize them by combining the materials.

In the initial search, 93 articles related to the searched words were found. After reading the articles, suitable research was determined according to the objectives of the present study. According to the available evidence, it has been seen that the use of CBCT imaging methods has contraindications in some cases. CBCT should not be used for routine endodontic diagnoses and should not be used for screening purposes in cases where there are no clinical symptoms [15]. It should not be used for pregnant women and young people. Also, CBCT cannot detect soft tissue lesions unless these lesions have caused changes in hard tissue such as teeth and bones [16]. In most cases, medical CT scans are more suitable for changes derived from tumors due to the ability to observe soft tissue [17].

In general, the use of CBCT in endo is limited to the evaluation and treatment of complex cases:

Although CBCT increases the detection of the mentioned cases. The type of CBCT device used also affects the resulting images. In Hassan B's study, in 2010, five CBCT systems were compared to diagnose VRF and it was seen that the most accurate system is I-CAT and then Scannora 3D. He explained the difference between these two devices [34]. Their detector reported. Scanner, I-CAT has (An image Intensifier Tube/Charged Coupled Device (IIT/CCD)), while the other three devices in the study Galileo, Accuitomo, and Newtome have Flat-Panel Detectors (FPD) which cause reduced dynamic range, low contrast and spatial transparency, and increased artifacts in the image [34].

Of course, the new types of this device, such as VG and VG Newtome, in addition to removing the flat panel detector, have a smaller voxel size, which has increased the quality of the images in them, and as a result, the ability of this device to detect VRF has increased significantly.

Since CBCT has high accuracy and sensitivity, if its limitations are resolved (especially the required amount of air), it can progress to the point where it can be used as the first dental imaging method in some complex cases.