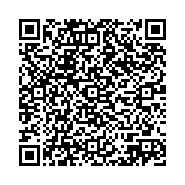 Are the isoforms of cerebellin play role the etiology of schizophrenia and parkinson’s?

Etiology of Schizophrenia and Parkinson’s

Cerebellins are hexameric protein hormones with neuromodulator functions that are common in the central nervous system including in postsynaptic structures of Purkinje cells. Cerebellins were firstly discovered from cerebellum [1,2]. The nucleus of the lateral olfactory tract synthesized remarkably high Cbln2 expression levels. It has been recently also showed that Cbln2 and Cbln4 are broadly expressed in largely nonoverlapping subpopulations of excitatory cortical neurons while only sparse expression in excitatory hippocampal neurons of the CA1- or CA3- region has been observed [3]. Cerebellins have also been found in human and rat adrenals. There are four isoforms of cerebellins (Cbln1, Cbln2, Cbln3, and Cbln4). Cbln3 requires Cbln1 for assembly and secretion while the other cerebelins, an autonomously assemble into homohexamers [3]. The physiological role of cerebellins have not known exactly yet even though it has been reported that cerebellins increase norepinephrine synthesis in human adrenal medulla with adenylate cyclase pathway [1,2].

Schizophrenia is a chronic mental illness that affects about one percent of the population and with a loss of personality, confusion, psychosis, catatonia, agitation, delusions, and other cognitive difficulties [4]. Parkinson's disease (PD) affects approximately seven to 10 million people worldwide and affects mobility and mental ability [5]. Parkinson’s and schizophrenia both are a progressive neurological disorder, which are biochemically characterized with dopamine (a chemical messenger between brain cells) imbalance in the brain. Another word, schizophrenia is an excess of dopamine while Parkinson is a neurodegenerative disease characterized by a lack of dopamine [6,7].

Here it has been therefore hypothesized that there may be a link between schizophrenia and cerebellines molecules due to responsible for the release of norepinephrine. If enough cerebellin is not present in the brain, the level of dopamine might be decreased. Since dopamine is converted into norepinephrine by the enzyme dopamine β-hydroxylase and epinephrine is converted to norepinephrine. Therefore, if there is excessive neurepinephrine over the amount of dopamine and epinephrine is reduced through feedback inhibition. In other words, if the cerebellin brain is physiologically overdosed, dopamine synthesis can increase. Since cerebelline adenylate cyclase/PKA signal causes an increase the amount of catecholamine synthesis and dopamine, norepinephrine [1,2] Failure of these cathacolamines to metabolize to their final metabolites may also cause headache, vomiting, nausea, dizziness and especially hypertension.

Taken together above given information, it has been thought that it might be worth to be tested above hypothesis in both experimentally and clinically because of playing a role in the etiopathology of these two diseases by regulating catecholamine levels in cases of low or abundant cerebellin forms.