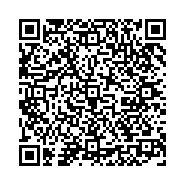 On the Injectivity of an Integral Operator Connected to Riemann Hypothesis

The equivalent formulation of the Riemann Hypothesis (RH) given by Alcantara-Bode (1993) states: RH holds if and only if the integral operator on the Hilbert space L2 (0, 1) having the kernel function defined by the fractional part of (y/x) is injective. This formulation reduced one of the most important unsolved problems in pure mathematics to a problem whose investigation could be made by standard techniques of the applied mathematics.

The method introduced to deal with, is based on a result obtained in this paper: an operator linear, bounded, Hermitian on a separable Hilbert space strict positive definite on a dense family of including subspaces, subspaces on which the sequence of the ratios between the smallest and largest eigenvalues of the operator restrictions on the family is bounded inferior by a strict positive constant, is injective. Using a version of the generic method for integral operators on L2 (0, 1) we proved the injectivity of the integral operator used in the equivalent formulation of the RH.

In his paper Alcantara-Bode proved (Theorem 1 pg. 152): the Riemann Hypothesis (RH) holds if and only if the following Hilbert- Schmidt integral operator Tϕ defined on L2 (0, 1) by:

has its null space

We provide a method for investigating the injectivity of the linear bounded operators on separable Hilbert spaces using their approximations on dense families of subspaces. In this paper the norm used is the norm induced by the inner product. A dense family of finite dimension including subspaces is an infinite collection of subspaces {Sn}, n ≥ 2 in H, with the properties: Sn ⊂Sn+1, n ≥ 1 and

. The idea behind this method is based on the following observations. If a linear, bounded operator T on H strict positive definite on a dense family of including subspaces has a zero, u ∈ NT not null, it cannot be in any subspace of the family.

is not in any subspace of the family, it has its orthogonal projections on the family {un}, n ≥ 1, verifying

. Because between the orthogonal projections of u and its residuum (u − un) there exists the following relationship

Or, as we proved, a such element u ∈ B could not be in the null space of the operator T, if C is a inferior bound of the set of the injectivity parameters of T, {μn}, n ≥ 1, parameters that are defined when T is also Hermitian, as the ratio between smallest and largest eigenvalues of the restrictions of T on the family’s subspaces.

Indeed, it follows from Lemma 1 that if u ∈ NT ∩ B then

on the approximation subspaces for n ≥ n0 (u) and so, the sequence of the injectivity parameters {μn} must converge to 0 in contradiction with its inferior bounding by a strict positive constant C. So, we will set accordingly our working environment in order to build the method.

Observation 1. Suppose S is a subspace of a separable Hilbert space H on which T, an linear, bounded operator is strict positive definite:

for every v∈S. If there exists u ∈ NT satisfying

is the orthogonal projection of u on S, then

for every v in S.

If exists w ∈ S⊥ such that Tw is not null and

Let F = {Sn, n ≥ 1} a dense family of finite dimension including subspaces and denote LF the class of the linear, bounded operators on H that are strict positive definite on every Sn ∈F. If T ∈ LF for every vn ∈ Sn, n ≥ 1 and for every Sn ∈F holds

Applying the Observation 1 on the members of the dense family F follows:

, the orthogonal projection of u on Sn. Then

for every v ∈ Sn, n0(u) being the index of the subspace from where the projections un are not null.

Proof. A such index n0(u) there exists for every u because of the density of the family F in H adding, for n < n0 (4) is trivial for every u and any subspace once the orthogonal projections are zero for n < n0. The inequality follows applying the Observation 1 on each subspace Sn from the dense family.

A criteria for linear operators injectivity

We define the set of the eligible normalized zeros of the linear bounded strict positive operators on the family F by:

On the eligible set B0 we consider the following expression:

where we exploited the relationship for an eligible u between its orthogonal projection on Sn and its residuum (u - un),

Theorem 1 (Injectivity Criteria). Let T∈ LF. If there exists a strict positive constant C independent of n, such that μn(T)≥ C > 0 for every n ≥ 1, then T is injective.

Proof. Suppose that the sequence {μn}, n ≥ 1 is inferior bounded by a constant C independent of n, strict positive and let u ∈ B0. If there exists an infinite subsequence of subspaces from the family for which

could not take place on an infinity of subspaces of the family. We should have instead at most only a finite number of subspaces verifying it.

If there exists a finite number of subspaces on which

But, u satisfying such relationship could not be in NT because a reverse inequality given by Lemma 1 holds for eligible u ∈ NT. The only restriction we put on u ∈ H, has been its eligibility, u ∈ B0. Thus, if {μn}, n ≥ 1 is inferior bounded, does not exists u ∈ B0 that is in NT. Or, B0 contains all normalized zeros of T, so NT ={0} Q.E.D.

Lemma 2. If T is linear, bounded strict positive definite on F and the sequence of the injectivity parameters are bounded by a constant, then T is injective. This property is a immediate consequences of the property of boundness of T on H and so on every subspace of the family.

Nowhere is included the Hermitian property in the proof of the Injectivity Criteria. We will replace the operator with its Hermitian when the original operator is not strict positive on the dense family of approximation subspaces or when we do not have enough information about its positivity - the reason is, both have the same null space and the Hermitian is positive definite on H.

When the linear operator T is Hermitian and strict positive on a dense family of finite dimension subspaces, then

For showing it, it is enough to consider the finite dimension (sub)space Sn equipped with the orthonormal basis of the eigenfunctions of Tn in order to express αn and ωn function of the eigenvalues of Tn.

Approximations of the Integral Operators

spanned by indicator functions of disjoint intervals covering the domain (0,1):

. Thus, the the kernel function ϕ of the linear integral operator

Observation 2. Taking a look at the kernel function ϕh , we observe that it is a sum of ’orthogonal piecewise functions’ once each term in the sum,

. So, the matrix representation of the corresponding restriction operator will be 1- diagonal sparse matrix. The dense family has including finite dimensional subspaces,

, so, if the integral operators

having the kernel functions ϕh are strict positive definite then we fulfill the hypothesis of the Injectivity Criteria for the linear, bounded integral operator in (6). Thus we could proceed computing the components αh and ωh of their injectivity parameters {μh} (see, (4)) using the matrix representation of the restrictions of the operator

on the finite dimension subspaces The kernel function of the linear, bounded Hilbert-Schmidt integral operator in

as a function ∈ L2(0, 1)2 is almost continue everywhere because its discontinuities lie on lines in (0,1)2 of the form y=kx, k ∈N, that is a countable set of Lebesgue measure zero subsets and so, of Lebesgue measure zero and so will be the kernel of its associated Hermitian integral operator. In line with [5- 6] we will consider the dense family of approximation subspaces Fχ introduced in previous paragraph in order to investigate its injectivity. The entries of the diagonal matrix

on Sh defined by:

where γ is the Euler-Mascheroni constant

is monotone and converges to 0.5 for k → ∞. These entries are strict positive valued, bounded by

having the strict positivity parameters given by

So, αh is a strict positive constant ∀n ≥ 2, nh = 1. We could apply Lemma 2 to obtain the injectivity without computing the ωh parameters knowing that T* is bounded. However, we will proceed with the computation of ωh (See the note from the next paragraph).

Then, Tφ is injective due to the injectivity criteria.

Has no meaning to use the associated Hermitian operator once the operator is strict positive on Fχ and injective, both having the same null space.

of the integral operator in (1) having the kernel function

It is easy to observe that

is injective if we apply Lemma 2. On the other hand,

is bounded by a constant as is αh . Follows

is inferior bounded by a constant showing the injectivity of the operator avoiding Lemma 2. We just proved using the Injectivity Criteria:

used for providing the equivalent formulation of Riemann Hypothesis [1], is injective, or equivalently, has the null space

Some numerical aspects of the method

The method of operator projections using the finite rank operators associated to the family Fχ is backing up our choice to use the dense family for approximating the Beurling - Alcantara-Bode integral operator and we consider a consistent discretization approach. To justify the affirmation, let a kernel function on L2(0, 1)2 and its approximations on Fχ be

The injectivity criteria could be reformulated: if the components of the injectivity parameters alpha and omega are of the same order of h, then the linear operator is injective. This is the reason why Lemma 2 could be applied with caution choosing a consistent discretisation using orthogonal projection operators on approximation subspaces like in [5].

Observation 3. The following operator is injective having its injectivity parameters converging to 0.

The components of the injectivity parameters using the theory exposed in the previous paragraphs are obtained as follows: given