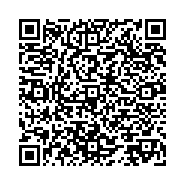 Promising Anti-Tumour Therapies from the Perspective of Nano oncology

Cancer may be the earliest disease ever discovered in human tissues, and the fight against cancer dates back almost 4,000 years. It was briefly uncommon, though it was concealed by old age and other illnesses (tuberculosis, dropsy, cholera, smallpox, leprosy, plague, and pneumonia). Cancer emerged as these other illnesses were conquered and as people lived longer.

Cancer may be the earliest disease ever discovered in human tissues, and the fight against cancer dates back almost 4,000 years. It was briefly uncommon, though it was concealed by old age and other illnesses (tuberculosis, dropsy, cholera, smallpox, leprosy, plague, and pneumonia). Cancer emerged as these other illnesses were conquered and as people lived longer.

The term "cancer" is used to describe a wide range of illnesses because they all share the same basic biological characteristic of abnormal cell growth caused by mutations.

Occasionally, mutations take place during cell division, changing cell activity and occasionally leading to more frequent growth and division. Normal cell division is triggered by Growth Factors (GF) and halted by Growth Inhibitory Signals (GIS) sent by neighboring cells. The cell divides several times before dying and staying inside the epithelium, where it cannot move to other organs. The p53 protein, a Tumour Suppressor (TS), or the p5 pathway would need to lose function or gain function due to mutations before it could become malignant. Other genes that might collect new genetic mutations include other oncogenes and other proteins. After that, it will continue to grow, break free from the epithelium and the main tumour, cross a blood vessel's endothelium, travel through the bloodstream, and colonies a new organ, resulting in metastases. Because it depends on growth in the most fundamental sense, a cancer cell is an extraordinary distortion of a normal cell. In contrast, a cancer cell expands until all traces of it are gone and divides rapidly through a clonal process without any kind of control. Cancer, however, is a "clonally evolving" disease rather than merely a clonal one. Cancer cells would not have the ability to invade, survive, and spread if growth took place without evolution. Every new generation of cancer cells has some genetic differences from its ancestor.

When mutating, it can fend off the immune system's or a chemotherapy drug's attack, produce new cells that are better suited to growth and survival, and even speed up other mutations. Cancer cells are the result of Darwinian "selection of the fittest" at its most extreme. One would naively believe that the only way to defeat cancer is to either stop mutations from happening in healthy cells, or alternatively, discover a way to get rid of the mutated cells without affecting healthy cell growth. Unfortunately, our genome is woven with cancer; the altered genes are simply twisted versions of the normal ones, and both are intertwined. The most difficult task in clinical practice is still to upbraid them.

The following topics have received the most attention in research on cancer genetic causes:

1. What are the factors (such as viruses) and occurrences (such as mutations) that promote or cause genetic changes in cells that are destined to become cancer?

2. What exactly is the type of genetic damage, and which genes are impacted by it?

3. How do those genetic changes affect the biology of the cell, both in terms of producing the characteristics that make a cancer cell distinct from other cells and facilitating additional genetic events that promote the spread of the disease?

Several empirical concepts have arisen during the course of cancer therapy. According to how they apply to various therapeutic modalities, these principles have been grouped below: General guidelines:

1. The greatest way to cure cancer is to prevent it.

2. Cancer is an organized chromosomal chaos: Different types of cancer have distinct and identical mutations.

4. Understanding the importance of heterogeneity has resulted in the systematic division of cases into ER (oestrogen receptor)-positive and -negative groups, each of which requires a different strategy to treatment.

5. The non-cancerous origin's physiological memory is retained in these cases, such as the thyroid and the prostate.

6. Determining a cancer cell's particular biological traits, genetic make-up, and weak points is the first step in attacking it.

7. Careful matching of a specific therapy to each unique form and stage of cancer.

The distinctive qualities of NPs make them extremely desirable for a variety of cancer applications. They can serve as: a. chemotherapeutic drug carriers to raise the therapeutic index and decrease the toxicity of the medications. Molecular imaging agents to identify and track the development of cancer, as well as b. therapeutics in photodynamic, gene, and thermal therapy.