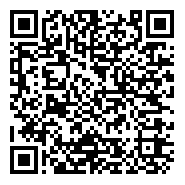 The role of TET proteins in stress

The ten-eleven translocation (TET) family of dioxygenase enzymes has been discovered to play crucial, non-redundant roles in the brain during developmental and postnatal phases over the last decade. TET-mediated active demethylation, which involves the iterative oxidation of 5-methylcytosine to 5-hydroxymethylcytosine and subsequent oxidative derivatives, is dynamically regulated in response to environmental stimuli such as neuronal activity, learning and memory processes, and stressor exposure, to name a few examples. As a result, such alterations may help to maintain the stable and dynamic transcriptional patterns essential for neuroplasticity and behavioural adaptability within neuronal populations. We will emphasise recent evidence that suggests TET protein function and active demethylation play a role in stress-induced neuroepigenetic and behavioural adaptations in this review. We also look at how TET proteins might mediate both the physiological and pathological embedding of stressful life experiences in the brain, which is relevant to stress-related mental diseases.

The current aetiology of psychiatric diseases proposes that disease risk is conferred by a complex combination of genetic predispositions and environmental variables. Stress is a major environmental risk factor for a variety of psychiatric disorders, including major depressive disorder and post-traumatic stress disorder, both of which are linked to abnormal central stress response regulation [1]. The autonomic nerve system and the Hypothalamus Pituitary Adrenal (HPA) axis are involved in this reaction, as well as activation of the neuroendocrine stress system. The parvocellular hypothalamic neurons of the paraventricular nucleus of the hypothalamus secrete Corticotropin Releasing Hormone/Factor (CRH/CRF), which activates the HPA axis (PVN). CRF causes the anterior pituitary to release adrenocorticotropic hormone into the bloodstream, which causes the adrenal cortex to secrete glucocorticoids). Glucocorticoids act through the Glucocorticoid Receptor (GR) and Mineralocorticoid Receptor (MR) in both the peripheral and central nervous systems, providing negative feedback across the HPA axis and acting as adaptive transcriptional regulators in response to stress. The central stress response's coordinated activation and regulation are essential for adaptive behavioural responses in the face of stressful life experiences, and they are frequently impaired in stress-related psychiatric disorders. As a result, it's vital that we understand the molecular processes by which stress mediates the central stress response's basic and pathological adaptations. Stressful life events appear to change epigenetic pathways in both the peripheral and central nervous systems, according to clinical and preclinical findings [2]. DNA modifications, post-translational histone modifications, and non-coding RNA (e.g., microRNA), as well as a recently appreciated role of RNA modifications, all interact in a highly coordinated manner to establish cell type-specific epigenetic states and transcriptional profiles. Epigenetics has only been recognised as a dynamic process within the brain throughout life in the last 10–15 years, despite the fact that it has been known to be dynamically regulated throughout development. The term neuroepigenetics was coined to describe the dynamic epigenetic processes that occur within post-mitotic neurons of the brain [3]. Neuroepigenetic mechanisms may thus play a role in the biological embedding of stressful life experiences at the molecular level (i.e., encoding of information related to stress exposure) within discrete neuronal populations in specific brain circuits, potentially propagating abnormal brain function and behaviour associated with stress-related psychiatric disorders. Due to their relative stability, especially in post-mitotic neurons, and the recent identification of active demethylation pathways inside the brain controlled by the Ten-Eleven Translocation (TET) family of dioxygenase enzymes, DNA modifications are of great interest as a conduit for such transformation. As a result, the importance of TET proteins and dynamic DNA methylation processes in brain function and stress adaption will be the focus of this study. 5-methylcytosine (5mC) and its oxidative derivatives make up the majority of the mammalian DNA methylome (i.e. genome-wide covalent DNA alterations). The de novo DNA methyltransferases DNMT3A and DNMT3B establish 5mC, whereas DNMT1 maintains methylation in dividing cells during genome replication (Jeltsch, 2006), with crucial catalytic activities especially in post-mitotic neurons (Hahn et al., 2020; Meadows et al., 2015) [4]. TET proteins, including as TET1, TET2, and TET3, catalyse active DNA demethylation by converting 5mC to 5-hydroxymethylcytosine (5 hmC) and then to 5-formylcytosine (5fC) and 5-carboxylcytosine (5caC), which are then excised by the protein Thymine Dna Glycosylase (TDG) and base excision repair machinery. Other DNA-binding proteins, such as members of the Growth Arrest and DNA Damage-Inducible Protein (GADD45) families, have been linked to active demethylation and brain function, but they will not be discussed in this study.

Unlike the almost exclusive presence of 5mC at Cytosine-Guanine Dinucleotides (CpGs) throughout the genome of most vertebrate tissues, 5mC is found in both the CpG (mCG) and CH (mCH) context (H=A, C, or T) in post-mitotic neurons, with postnatal accumulation of mCH coinciding with synaptogenesis and synaptic pruning, reaching 40%–50% of all modified cytos. In the mammalian brain, DNMT3A is required for mCH deposition within neuronal populations. Both mCG and mCH are anti-correlated with gene expression in both neuronal and non-neuronal cells, with mCH being the strongest predictor of gene expression in neuronal populations though intragenic 5mC is positively correlated with transcription in some situations [5]. The enrichment of 5hmC, which predominates in the CG context and accounts for less than 1% of all changed cytosines in the adult mammalian brain, is another distinctive property of the neuronal methylome. Recent research also suggests that 5hmC may have a function in neurodevelopmental disturbances such prenatal stress inside the human embryonic brain (with noteworthy sex differences. 5hmC is frequently concentrated upstream of the Transcription Start Site (TSS), as well as within gene bodies (where it is positively linked with gene expression) and distal regulatory elements (e.g., enhancers) in neurons, indicating that it has a regulatory function. Furthermore, both the stability of 5hmC and the binding of 5hmC "readers" within the brain, such as MECP2, suggest that it is a functional epigenetic mark with discrete biological roles beyond merely a transitory change during active demethylation [6]. The greater molecular encoding capacity of post-mitotic neurons is reflected in these unique characteristics of the neuronal DNA methylome, which may regulate both stable and dynamic control of neuronal gene expression patterns essential for experience-dependent plasticity and behavioural adaptation. Since the re-discovery of 5hmC and the detection of TET-mediated active DNA demethylation, a role for dynamic control of the neuronal DNA methylome in brain function has been shown.

TET proteins play non-redundant functions in influencing neuroepigenetic and behavioural adaptation in response to stress exposure via yet-to-be-identified pathways, according to the findings. TET proteins' role in the central stress response has largely been studied through developmental genetic manipulations, with only a few researches looking into the molecular pathways causing TET-mediated behavioural impairment. Future research should concentrate on TET manipulation at different developmental stages, regions, and cell types using sophisticated viral-mediated and transgenic techniques. Due to the region- and cell-type specific nature of the neuronal DNA methylome, it is critical that future studies use single cell omics, transgenic mouse models or fluorescent activated cell sorting to examine both the transcriptome and epigenome changes in response to stress or TET modulations. Furthermore, because classical bisulfite sequencing is unable to distinguish between 5 mC and 5 hmC, future studies should use genome-wide, base resolution methylation profiling techniques (e.g., oxidative bisulfite sequencing) in both CG and non-CG contexts to identify novel loci relevant to long-term embedding of stress exposure at the molecular level. As previously mentioned, more research into TET interacting partners in the brain is needed to improve our understanding of how targeted DNA methylation might occur at specific genomic loci in neuronal populations in response to environmental cues like stress.
CRISPR activation and CRISPR interference are two new CRISPR/dCas9 tools that should be used to modulate endogenous TET levels in a more physiological range as well as isoform specific manner, as recently demonstrated with TALE-mediated repression of Tet1 isoforms in the brain. Furthermore, the functional efficacy of epigenome editing tools such as dCas9-TET1 and dCas9-DNMT3A within the rodent brain has been proven. To enhance our mechanistic understanding of how TET proteins and dynamic control of the DNA methylome may be a conduit for the biological anchoring of stressful life events inside neurons of the brain, the causal interplay of stress-induced DNA methylation alterations must be studied.

A considerable body of research has demonstrated crucial, non-redundant activities of the TET proteins and dynamic modulation of the DNA methylome inside the brain in developmental and postnatal phases since the re-discovery of 5hmC and the identification of the TET family dioxygenases over ten years ago. TET protein activity and active demethylation appear to have a role in stress-induced neuroepigenetic and behavioural adaptations via yet-to-be-identified processes. TET proteins may thus play a key role in the biological embedding of stressful life experiences within the brain, ultimately perpetuating stable and dynamic transcriptional patterns underlying adaptive and/or maladaptive behavioural states relevant to stress-related psychiatric disorders, despite the fact that their role is still understudied. 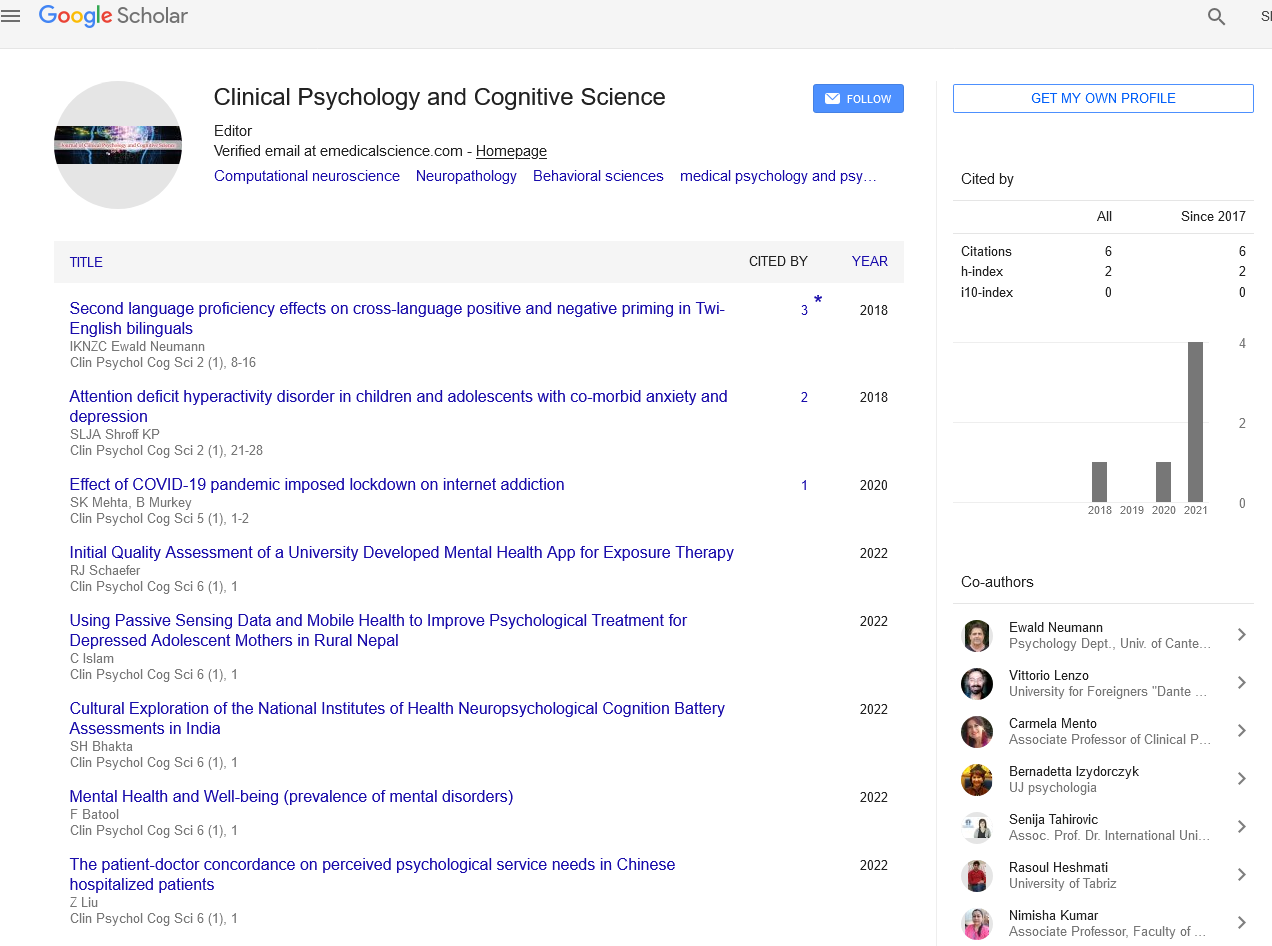