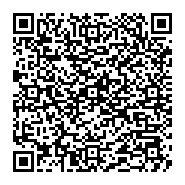 The frontonasal flap was first described in 1967 by Rieger as a randomized-type rotation flap for coverage of nasal tip defects up to 2 centimeters in diameter. This is an 87 years old male patient who has a diagnosis of basal cell carcinoma in the nasal tip, which is why he underwent surgery for its resection and application of the frontalis flap. After marking the middle glabellar region, a multilaminar flap containing skin and subcutaneous cell tissue is obtained, preserving muscle, it rises as a skin flap and with axial vascularization, which is preserved when rotated, is fixed with 6-0 nylon with simple points to edges of the defect. In the second surgical time, check the flap pedicle and the free edge of the defect with nylon 6-0 single points and the base of the pedicle with the same technique. The use of cutaneous excess from the glabellar region to cover defects of the nasal dorsum and internal canthus was described in 1960 by McGregor. Reconstruction postresection nasal tumor is a common practice in elderly and multipathological patients. The reconstruction of the nasal tip from the frontal flap has the advantage of offering greater coverage and less nasal alar retraction, as well as a better aesthetic result of the nose tip. It has the disadvantage of requiring a minimum of two surgical events to obtain the final surgical result. Key words: frontonasal flap, basal cell carcinoma, nasal tip, reconstruction of nasal tip.

Journal of Skin received citations as per Google Scholar report