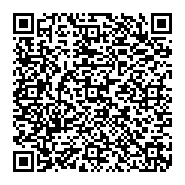 During the dissection of an 83-year-old male cadaver, two bulbous origins of the aortic arch branches were noticed. The right divided into the brachiocephalic trunk and the left common carotid artery, and the left divided into the left vertebral and left subclavian arteries. A scalenus minimus muscle and a proximally split anterior scalene muscle divided the left interscalene triangle into four compartments through which the roots of the brachial plexus and the subclavian artery exited separately through each compartment. Variations like this could make the clinical distinction of aortic arch syndrome from thoracic outlet syndrome difficult, particularly, when the subclavian artery is involved and complicates the approach to structures in the interscalene triangle. Surgeons, radiologists, anesthesiologists and others involved in these areas should be cognizant of such variations in order to make the correct diagnosis, apply the appropriate procedure and institute the proper treatment for a better clinical outcome.

It is a common textbook knowledge that the aortic arch is a segment of the aorta that lies in the superior mediastinum above the transverse thoracic plane. It continues from the ascending aorta at the level of the right second sterncostal joint anteriorly and ends at the level of the left second sternocostal joint (intervertebral disc between T4 and T5) posteriorly to become descending thoracic aorta. Classically, the aortic arch gives three major branches (brachiocephalic trunk, left common carotid artery and left subclavian artery), which are collectively referred to as supra-aortic trunks, while the vertebral artery is frequently a branch from the left subclavian artery. The supra-aortic trunks supply the head and neck including the brain and spinal cord, upper limbs and their corresponding girdles, anterior and lateral thoracic wall and superior superficial back [1]. The structural and functional impairment of these branches in various diseases causes aortic arch syndrome. There are quite extensive and well documented variabilities in the branching patterns of these branches that occur during the embryonic development of pharyngeal arch arteries, which are significantly higher in women than in men [2]. This can be explained by the persistence of segments of the pharyngeal arch arteries that normally regress or by the regression of segments that should normally persist or both [3]. An angiographic study indicated that there is a higher incidence of common trunk for brachiocephalic trunk and left common carotid artery (bovine arch) [4]. A case report also showed right and left trunks arising from the aortic arch where the right is shared by the brachiocephalic trunk and left common carotid artery and the left is shared by the left vertebral and left subclavian arteries [5]. Another contrast enhanced computer tomographic study also noted three cases with common trunk for left vertebral and left subclavian arteries (vertebra-subclavian trunk), one of which had a common stem for brachiocephalic and left common carotid artery (bovine arch) [6]. Bovine arch is more common in black race and is associated with high incidence of diabetes mellitus and left sided stroke [7]. It is also believed that aortic arch variations are associated with various types of aortic diseases [8].

During careful dissection of an 83-years-old male cadaver, two major variations of practical importance were noted. The findings included a variant branching pattern of the aortic arch in the superior mediastinum and rare variations in the left root of the neck characterized by the presence of scalene minimums muscle and compartmentalized interscalene triangle. After careful further dissection and cleaning, pictures were taken for illustrations and the anonymous findings were given names for elucidation. The mediastinal dissection revealed two bulbus origins of the aortic arch branches. On the right side, the short common bulbous origin was shared by the brachiocephalic trunk and the left common carotid artery, while the relatively smaller of the two on the left side was shared by the left vertebral and left subclavian arteries (Figure 1). Figure 1: A & B: Show the aortic arch and the two bulbus orgins of its branches in the superior mediastinum:

Dissection of the left root of the neck revealed a variant scalenus minimus muscle between the anterior and middle scalene muscles. The anterior scalene and scalenus minimus muscles were found to be having two heads of origin (anterior and posterior) from the C3 -C7 vertebrae. The anterior and posterior heads of anterior scalene muscle originated from the transverse processes of C3-C5 and C6 respectively and inserted by a broad flattened tendon to the superior surface of the first rib anterior to the subclavian sulcus. Figure 2: A deep dissection of the left root of the neck illustrating the attachments of anterior scalene and scalenus minimus muscles including the two heads of origin of both muscles and their distal attachment to the superior surface of the first rib; anterior and posterior to the left subclavian artery particularly encircled is the broad tendinous insertion of anterior scalene muscle. Figure 3: Deep dissection of of the left side of the neck illustrating the anterior scalene and the variant scalenus minimus muscles with their anterior and posterior heads and the middle scalene muscle. The brachial plexus and the subclavian artery are also shown as they exit through the four compatments of the interscalene triangle. The four compartments (1-4) are depicted at the left lower corner of the figure.

According to a computer tomographic study done on 2370 adult Chinese patients; 1985 (83.5%) had the classic branching pattern and 385 (16.2%) had variations of the aortic arch branches. Out of those with variations; 229 (9.6%) of them had a common trunk for the brachiocephalic trunk and the left common carotid artery, while 14 (0.6%) showed common origin of brachiocephalic and left common carotid artery combined with other additional variations [2]. An earlier review study also showed a high incidence (10-22%) of common origin of brachiocephalic trunk and left common carotid artery (bovine arch) [3]. In an angiographic study done on 633 patients; 527 (83%) cases of classic three branching pattern, 96 (15%) cases of two branches and many other rare variations were reported [4]. These three authors also noted left vertebral artery arising from the aortic arch between the left common carotid and left subclavian arteries but no common origin with left subclavian artery. However, an earlier case report documented a variation similar to the finding in this present case report, where two common trunks arose from the aortic arch, where the right trunk is shared by brachiocephalic trunk and left common carotid artery and the left by the left vertebral and left subclavian arteries [5]. Another contrast enhanced computer tomographic study on 410 patients similarly noted three cases of common trunks shared by the left vertebral and left subclavian arteries as vertebra-subclavian trunk (with an incidence of 0.73%), one of which also had a common stem for brachiocephalic and left common carotid artery (bovine arch) [6]. The present case differs from those reports in that there was no true or distinct trunk formation but the arteries shared two bulbous origins on the superior aspect of the aortic arch that could be comparable to the bovine aortic arch on the right side and vertebra-subclavian trunk on the left side. A retrospective study done on other group of 615 patients also showed that bovine aortic arch is more common in the black race (41%) and is associated with higher prevalence of diabetes mellitus and more leftsided strokes, concluding that there is a significant predilection of emboli (~30%) to the left cerebral hemisphere in patients with bovine arch. It was also pointed out that the aortic arch, though rare, is a site of various vascular pathologies like aneurysms, acute aortic syndromes, penetrating aortic ulcers, intramural hematomas, and possibly aortic dissection. These diseases may be more common in patients with aortic arch anomalies, particularly associated with bovine arches.

Various embryologic studies revealed that variabilities in the scalene muscles and the related structures occurs due to errors during development [9,10]. The variant scalenus minimus muscle is found to occur in wide range of incidences (7.8% - 71.1%) [12]. It was also emphasized that such variation is more important not only for anatomists, but also has clinical significance for the diagnosis of thoracic outlet syndrome and concluded that surgeons and anesthesiologists performing scalenectomy and interscalene brachial plexus block, respectively, should keep in mind the anatomical variations of this region [12]. The presence of such extra muscle further narrows the very much tight interscalene triangle predisposing structures in it to isolated or a more comprehensive neurovascular compression syndrome [13].

Though there are reports that closely resemble the vascular variations in this report, such combinations of bulbous origins of aortic arch branches, and the existence of scalenus minimus muscle associated with compartmentalized interscalene triangle by muscular slips were not found in any of the reviewed literature syndrome difficult, particularly, when the subclavian artery is involved. It should also be emphasized that the existence of the scalenus minimus and the compartmentalization of the interscalene triangle could be a cause of brachial plexopathy or isolated ventral nerve root and/or arterial compression syndromes in any of these narrow triangular spaces. This would also complicate preprocedural diagnosis, intraprocedural approach and postprocedural outcomes when dealing with the roots of the brachial plexus and the subclavian artery in the triangle. Therefore, surgeons, radiologists, anesthesiologists and others involved in carrying out various procedures in these areas should be cognizant of such variations in order to make the correct diagnosis, apply the suitable approach and institute the proper treatment for a better clinical outcome.

My thanks’ goes the donor and her family for their invaluable consent and body donation. I would also like to extend my thanks to the Department of Biomedical Science for its consistent encouragement and support. I am also grateful to Denelle Kees, Chelsy Swanson and John Opland for their assistance during the preparation and dissection of this cadaver.