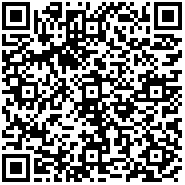 A problematic variation of the palmaris profundus muscle

During the routine dissection of a 77-year-old male, researchers identified a variation of the palmaris profundus muscle (PP), an atypical accessory muscle of the forearm as recently described by McClelland (2012) [1]. In this cadaver, the PP was identified bilaterally in the absence of palmaris longus. Proximally the PP had two tendinous slips that attached on the interosseus ridge of the radius with the radial head of the flexor digitorum superficialis (FDS) muscle. Additionally, PP had a broad aponeurotic proximal attachment to the deep surface of the radial head of pronator teres (PT). Distally the PP muscle travelled with the median nerve beneath the transverse carpal ligament before investing in the deep palmar aponeurosis. To our knowledge this is the only case report of palmaris profundus with a dual tendinous proximal attachment with FDS and PT involvement. In this variation of PP there is potential for compression of the median and/or anterior interosseus nerves proximally as well as the median nerve distally. As a result, this variation of PP should be of interest to clinicians and surgeons.

Palmaris profundus (PP) is an unusual muscle of forearm anatomy which may be found in addition to or in the absence of palmaris longus [2]. The incidence of this muscle is unknown, but in one study Reimann and colleagues (1944) [3] reported finding the muscle once amongst 530 dissected limbs. Occurrences of PP have also been reported during carpal tunnel release and in some cases the muscle has been identified as the cause of carpal tunnel syndrome [4].

First reported by Frohse and Fraenkel in 1908 [5], PP is consistently described as coursing with the median nerve, sometimes even sharing a common sheath with the nerve [6]. For this reason, Sahinoglu and colleagues (1994) [5] referred to the PP muscle alternatively as “musculus comitans nervi mediani” because of the intimate relationship with the median nerve in the forearm and through the carpal tunnel. These researchers suggested clinical implications as related to median nerve compression at the carpal tunnel as well as the anterior interosseus nerve near this muscle’s attachment on proximal osseous structures.

In this case study, the researchers describe a different variation of PP that travelled with the median nerve through the carpal tunnel having a distal attachment on the deep surface of the palmar aponeurosis. Proximally it had a dual tendinous attachment on the pronator teres and interosseus ridge of the radius.

During the dissection of a 77-year-old male cadaver, who was a steelworker during life, researchers discovered an interesting bilateral presentation of the PP muscle variation with concurrent absence of palmaris longus. In this variation of the PP, the muscle was parallel and lateral to flexor digitorum superficialis (FDS), deep to flexor carpi radialis and superficial and medial to flexor pollicis longus. The muscle had a double proximal and a single distal tendon with a fusiform muscle belly in the center (Figure 1).

Figure 1: Left forearm demonstrating the proximal attachments of this palmaris profundus (PP) muscle. In this variation, PP has two distinct tendons proximally, originating on the interosseus ridge of the radius and having some proximal fibers adherent to the posterior fibers of the ulnar head of pronator teres (PT). Additionally the flexor digitorum superficialis (FDS) has muscular attachment along the proximal 3 cm of the PP. The median nerve courses just distal to the common attachment of FDS/PP. (FCR: flexor carpi radialis; FPL: flexor pollicis longus; BR: brachioradialis)

Proximally, this variation of PP inserted on the interosseus crest of the radius 3.75 cm distal to the radial head and had an aponeurosis that blended with the fibers of FDS, and pronator teres (Figure 2). The proximal aponeurosis resolved into 5 cm of discreet tendon before forming a mid-forearm muscle belly that was 9 cm in length. The distal muscle developed into tendon that extended 5 cm, running superficial to the median nerve and then passed through the carpal tunnel lateral to it. The PP fanned out distally to attach on the deep surface of the palmar aponeurosis as distal as the A1 pulley at the head of metacarpal II (Figure 3). Figure 2: Schematic of the proximal attachments and course of the palmaris profundus (PP) muscle and relationship to the median nerve. In this PP variation, there are multiple sites for potential compression of the median nerve. (FDS: flexor digitorum superficialis). Figure 3: Left forearm and hand demonstrating distal course of palmaris profundus muscle (PP >>>) lateral to flexor digitorum superficialis (FDS) and travelling with the median nerve (M) through the carpal tunnel to its distal attachment on the deep surface of the palmar aponeurosis near the A1 pulley of metacarpal II. (FDP: flexor digitorum profundus; PP >>>I: distal path of palmaris produndus; TCL: transverse carpal ligament, ulnar aspect)

Palmaris longus (PL), a muscle well known to plastic surgeons and hand specialists, is highly variable and frequently absent from the forearm. Palmaris profundus is a rare variation of PL which usually originates from the osseous structures of the anterior proximal forearm and courses through the carpal tunnel in close proximity to the median nerve. In this case the researchers describe a unique version of the PP because of its dual tendinous proximal attachment to the radius, and pronator teres, and FDS. The median nerve enters the forearm with the brachial artery, passing between the two heads of PT and then passes deep to FDS where it then splits to become the anterior interosseus nerve and the median nerve. In this variation of PP there are multiple attachment sites along the course of the median nerve where compression could be increased including proximally at the juncture of PP, PT, and FDS (Figure 2); mid-forearm at the distal segment attachment of FDS to PP (Figure 1); and distally at and throughout the carpal tunnel (Figure 3).

Because of its intimate association with the median nerve both proximally and distally, PP remains a significant anomaly whose variations are still being reported over a century after its discovery. Clinicians and surgeons alike should have an appreciation of the many presentations of this muscle because of the potential for median or anterior interosseus nerve compression at the proximal forearm and to the median nerve distally through the carpal tunnel.

Thank you to Stephanie Smith for her graphic illustration of the palmaris profundus (Figure 2). Thank you to the donors who provide us with the opportunity to learn from them in the anatomy laboratory.