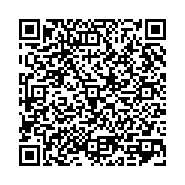 Citation: Thomas R. A Short Review on Advance in Genetics of Migraine and Other Brain Disorders. J Neuropathol. 2021;1(2):12-13

Migraine is a type of headache that is one of the most frequent and debilitating neurological illnesses in the world. Approximately 40 genetic loci have been linked to migraine in genome-wide association studies. The impact of these and other genetic discoveries on our understanding of the pathophysiological mechanisms of common and unusual migraine variants will be reviewed. The genetic load is larger in family migraine patients than in non-familial cases, and it’s even higher for migraine with aura and hemiplegic migraine, based on common polygenic variation. Migraine and depression are linked by a similar genetic variation. Genetic factors appear to play a role in the clinical aspects of common migraine. Lower age-at-onset, higher frequency and number of medication days, and the migraine with aura subtype are all linked to a stronger family history of migraine. Mild hemiplegic migraine, like other migraine subtypes, is likely produced by a complicated polygenic interplay of several gene variations and environmental variables. Physicians may be able to provide adequate genetic counselling to hemiplegic migraine sufferers based on phenotypic traits. The combination of genetic, phenotypic, and epigenetic data will aid in determining the molecular processes via which hereditary variables contribute to migraine pathogenesis. Recent research has revealed the role of genetics on migraine clinical features and comorbidities, which may help doctors, provide appropriate genetic guidance to patients.

Migraine is a disabling episodic brain illness marked by headache attacks that are accompanied by photophobia, phonophobia, nausea, and vomiting. Headaches are preceded by transitory focused neurological symptoms, known as auras, in about one-third of patients. Hemiplegic migraine is an uncommon variant of migraine with aura that includes motor weakness during the aura phase. Migraine is the second most disabling ailment, and it’s frequently linked to other neurological or psychiatric conditions like stroke, epilepsy, and depression. According to a study in a genetic isolate, the bidirectional relationship between depression and migraine, particularly migraine with aura, can be explained in part by similar genetic variables [1].

Genome-wide association studies (GWAS) have made significant contributions to discovering genetic components involved with migraine throughout the last decade. These findings added to the growing body of data indicating typical kinds of migraine are genetically complicated, in the sense that migraine susceptibility is conferred by a combination of many genetic variations with small effect sizes, as well as environmental factors. According to epidemiological research, familial incidence is most prominent with early disease onset and the aura subtype, implying that migraine with aura may have a higher genetic risk. As a result, it seems paradoxical that in the migraine GWAS, more robust relationships with genetic loci were revealed for migraine without aura. This shows that medium/high-risk alleles with rare(r) prevalence, which are not recorded in GWAS, confer migraine with aura susceptibility instead. This was further confirmed by the fact that missense mutations in the CACNA1A (FHM1), ATP1A2 (FHM2), and SCN1A (FHM3) genes produce hemiplegic migraine, a rare monogenic condition at the extreme end of the aura subtype continuum. According to recent reports, the PRRT2 gene could be the fourth hemiplegic migraine gene. However, there is reason to be sceptical because PRRT2 has been linked to paroxysmal kinesigenic dyskinesia, benign familial infantile seizures, and infantile convulsion choreoathetosis syndrome in a large number of people. Hemiplegic migraine was documented in some mutation carriers in only a few typical PRRT2 families, the majority of whom also had the typical symptom. PRRT2 mutations were discovered in less than 5% of index cases with hemiplegic migraine, who often displayed the typical symptoms as well. The most obvious conclusion is that a PRRT2 mutation isn’t enough to cause hemiplegic migraine. Additional gene variations interacting with the PRRT2 mutation may be involved in those rare PRRT2 mutant carriers who experienced hemiplegic migraine. This would imply that the illness is caused by a complicated hereditary mechanism rather than a single cause in some hemiplegic migraine families.

Genetic relation between migraine and other brain disorders

There is a lot of epidemiological comorbidity between migraine and mental diseases. The Brainstorm Consortium was established to determine the degree of genetic commonality between various brain illnesses. This consortium assessed the genetic risk factor overlap of 25 prevalent brain illnesses using GWAS summary statistics from 265 218 cases and 784 643 controls. [2].

The Brainstorm Consortium study found a link between migraine and a number of psychiatric diseases, including attention deficit hyperactivity disorder (ADHD) and major depressive disorder (MDD). This is in line with the findings of a recent Australian study that looked for a genetic link between depression and migraine [3-6]. Three unique risk loci associated with both diseases were discovered in a meta-analysis of the combined 8 045 569 SNPs from a migraine GWAS and the top 10,000 SNPs from a major depressive disorder GWAS. CDCA2, one of the putative candidate genes, is particularly intriguing because it has been associated to both migraines with and without aura. Furthermore, gene-based association studies revealed that genes linked to migraine and major depressive illness were significantly enriched. Several critical pathways, particularly neural-related signalling and ion channel modulation, were found to be involved in this shared aetiology, according to pathway studies. This study demonstrates that evaluating all SNPs, rather than just the important (top) SNPs, yields relevant genetic information [7].

There was no significant genetic risk overlap between neurological illnesses, according to the Brainstorm Consortium. However, their findings could point to a small but substantial genetic link between epilepsy and migraine. The lack of significance could be due to a number of variables, including the small epilepsy cohort employed, the heterogeneity of the epileptic phenotype, and the use of just summary data in the studies. It’s hardly unexpected that migraine and epilepsy are linked [5]. For example, epileptic and (hemiplegic) migraine attacks frequently co-occur in patients with hemiplegic migraine, and epidemiological studies have found comorbidity between common migraine and epilepsy. Despite the fact that an earlier GWAS revealed substantial genetic overlap between the two disorders and epidemiological studies showed an increased risk of ischemic stroke in migraine patients, the Brainstorm Consortium was unable to find a significant genetic risk between ischemic stroke and migraine. Larger cohorts and more precise data in future studies may be able to reveal a genetic link between migraine and concomitant neurological illnesses like epilepsy and stroke [4].

Predictors of finding a pathological mutation in hemiplegic migraine