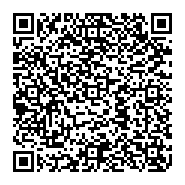 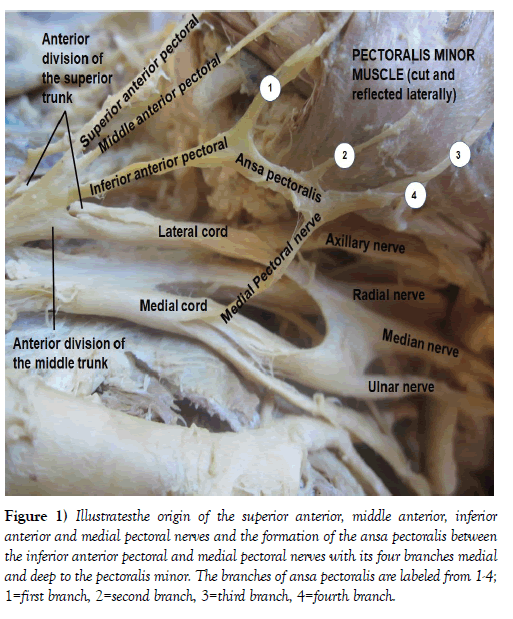 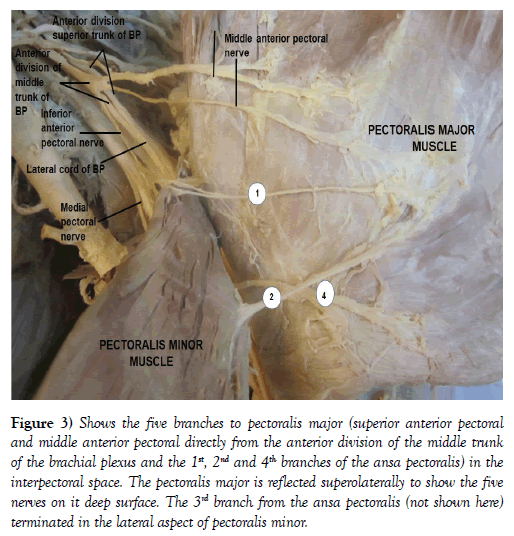 The lateral pectoral nerve runs across the medial aspect of the pectoralis minor and then on the undersurface of pectoralis major along with the pectoral branch of thoracoacromial artery, innervating the proximal twothirds of pectoralis major [9]. This nerve can arise by two roots from the anterior divisions of the upper and middle trunks of the brachial plexus or by a single root from its lateral cord and has a constant course along the thoracoacromial vessels [10].

No case similar to this could be found by the extensive search of literature made during compiling this case report. Therefore, the finding in this case does not verify the classically described medial and lateral pectoral nerves to pectoralis muscles as branches of the medial and lateral cords of the brachial plexus and has no similarities to any of the documented and reported cases so far.

The observation in this case does not fit the classic two nerve description of nerves to the pectoralis muscles and any of the variations reported in literature. What is unique in this case is the absence of lateral pectoral nerve from the lateral cord of brachial plexus with three anterior pectoral nerves arising from the anterior division of the middle trunk of the brachial plexus and the formation of ansa pectoralis, which provided four branches that entered different portions of the two pectoralis muscles. The unusual origins, ramifications and distributions observed in this case are like a double-edged sword, which on one hand could make clinical approach to pectoral nerves difficult without a damage to them and on the other hand the innervation of pectoralis major by five distinct branches and pectoralis minor by two different branches could safeguard normal function of the muscles in isolated nerve injuries. Therefore, these nerves could possibly be used as potential donors for harvesting branches for neurotization procedures with a minimum or no effect on the muscles.

I would like to thank the donor and his families for their invaluable donation and consent for research and the department of biomedical sciences for its support. I am also grateful to Denelle Kees, Chelsey Swanson and John Opland for their uninterrupted assistance in the gross anatomy laboratory during the dissection of this cadaver.