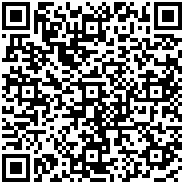 The circulus arteriosus, which is responsible for the main supply of the blood to the brain, was examined by Thomas Willis in 1962 for the first time. Subsequently, different researchers have determined a number of anatomical variations on various branches that form the circle of Willis in relation to the size, formation, and development of the principal arteries [1]. It has been demonstrated that a type of variation is present in approximately half of the population in the Circle of Willis (CW) since birth [2]. The Posterior Communicating artery (PCoA) represents a principal collateral circulation pathway and the origin of various penetrating arteries providing supply to the ventral lateral and dorsomedial thalamic nuclei, along with the lateral aspect of the thalamic pole, mamillary bodies, tuber cinereum, and cerebral peduncle [3]. A number of researchers have attributed the absence of PCoA to the lack of formation of anastomosis between the ICA and basilar artery in the phase of development. It was expressed that the above-mentioned artery reaches its largest size in the embryo by the time of the disappearance of the primitive trigeminal artery [4].

It was determined that the right posterior communicating artery was absent in a male cadaver aged approximately 55 years while performing the routine cadaver dissection for undergraduate students at the Department of Anatomy of Akdeniz University Faculty of Medicine (Figure 1). The removal of the skull cap and the incision of the dura mater are performed. At first, the frontal lobes of the cerebral hemispheres are pulled up, following which they are pushed softly back. Cutting of the optic chiasm is performed, and the dissection of the internal carotid arteries is carried out very carefully to ensure the intactness of the origin of the PCoA. A transverse incision is performed meticulously, in the midbrain at the tentorial notch level, for the purpose of protecting the PCoA and the Posterior Cerebral Artery (PCA). The posterior communicating artery represents the proximal remnant of the posterior, dorsal, or caudal section of the embryonic internal carotid artery. Its regression is possible with annexing the posterior cerebral artery by the basilar artery. Another form of formation, it can continue to favourably give rise to the posterior cerebral artery with the correlative agenesis of the ipsilateral P1 segment. At the same time, a number of medial perforating arteries, which provide supply to the diencephalic and mesencephalic territories, originate from the posterior communicating artery itself. This area is an important transit point between the hippocampus through the fornix and the cortex in the limbic system and is a critical region for memory function [5]. The rapid growth of the occipital lobes as a result of increased functional demands during postnatal development of the brain leads to modification of the vessels. Complete or incomplete initial posterior cerebral artery may cause the absence of PCA. Genetic factors play an important role in the development of this condition [6]. A number of specific anatomical studies have recorded the microvascular anatomy of the PCoA. Various variations in the size, course, segments, branching patterns, and brain regions, the supply of which is ensured by the above-mentioned vessels, have been presented in the studies in question. The lack of one or more of the component vessels can cause the incomplete cerebral arterial circle of Willis. Therefore, the continuity of the arterial circle will be broken [7]. The facts that the vessels, which usually persist, disappear, or the usually disappearing vessels persist, or new vessels are formed because of hemodynamic factors are the causes of all of the variations mentioned above. The collateral circulation and compensation from the arteries of the other side can have no impact on the function of the brain in the majority of the arterial variations [8]. Ardakani et al. reported that variations of the right posterior communicating artery were more common than left posterior communicating artery [9]. PCoA takes a significant part in the formation of the effective collateral circulation via the circle of Willis. Connections between the both sides of the circle of Willis along with the connections between the internal carotid and vertebrobasilar systems play similarly significant roles in the formation of improved collateral circulation. Knowledge of the anatomical variations in question has a great significance in the neurovascular operations [10]. As a result, it is very important to examine the absence of PCoA in terms of academic and clinical aspects. Because it has an important effect on the progression of the treatment of various neurological disorders.