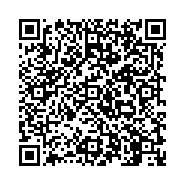 Biceps brachii is a muscle known to have common anatomical and morphological variability, with well-described supernumerary heads. However, although there has been extensive investigation and reporting of the long head and distal insertion of biceps, there is little documentation of the short head, especially with regards to its anatomical variations. In this case report we describe a unique and unusual variant of the origin of the short head of biceps brachii, identified during routine hemiarthroplasty. This case not only provides further insight into the morphology of the origin of this muscle, but, in addition to the current literature, provides a more comprehensive understanding of the anatomical complexity of the biceps brachii and its possible variations.

Biceps brachii is a muscle known to have common anatomical variants, with supernumerary heads and anatomical anomalies being frequently described and well documented in the literature [1-11]. Yet little attention has been given to the short head of biceps brachii, its anatomy and potential variation. This ‘neglect’ is most likely secondary to its relative infrequency of injury or involvement in common pathology, and its comparatively less significant role in the biomechanics of shoulder stability [9,10]. However, it remains important to describe and understand anatomical variants of the short head of biceps brachii to ensure correct identification during imaging and to prevent iatrogenic injury during surgery. The short head of biceps brachii is routinely encountered and identified during the standard deltopectoral approach. It can be a useful anatomical landmark and aids in the identification of the coracoid process. Importantly, in conjunction with coracobrachialis as the conjoint tendon, it plays a critical role in the well-described reconstructive Latarjet-Bristow procedure for anterior instability of the shoulder joint [3].

During a routine deltopectoral approach to the right shoulder, in a 56 year-old-male undergoing hemiarthroplasty for osteoarthritis, we identified an abnormal origin of the short head of biceps brachii (Figure 1). Figure 1. Lateral expansion of the aponeurotic sheath of short head of biceps covering the underlying subscapularis tendon and glenohumeral joint capsule. The aponeurotic sheet is seen to expand and attach to the lateral aspect of the coracoid process (CP), coracoacromial ligament (CA), inferior surface of the acromion (A), and greater tubercle (GT).

The patient had presented with worsening right shoulder pain and a reduced range of movement over the past three years. Pre-operative imaging confirmed advanced osteoarthritis of the right shoulder with grade four cartilage wear, significant osteophytes and subchondral changes. Given his persisting symptoms and advanced radiological findings, with a preserved rotator cuff and concentric glenoid wear (Type 2A); a decision was made to manage his case through surgical intervention - requiring a right hemiarthroplasty. During standard deltopectoral approach, on retraction of the deltoid and pectoralis major, an unusual origin of the short head of biceps brachii was encountered. The origin of the short head was observed to have a lateral expansion of its external aponeurotic sheath, fanning out in a broad sheet across the anterior aspect of the glenohumeral joint. Its proximal attachment was found to extend from the lateral edge of the coracoid, onto the coracoacromial ligament, along the inferior surface of the anterior edge of the acromion, and subsequently ending over the greater tubercle (Figures 1 and 2). This aponeurotic sheet was measured to be eight to nine centimeters in width and thirteen to fourteen centimeters in length, extending from its proximal attachment to the muscular fibres of the biceps brachii, filling the proximal divisional gap between the long and short heads of the muscle (Figure 1). The vertically orientated fibres of the aponeurotic sheet were easily identifiable from the underlying horizontal fibres of the subscapularis tendon (Figure 2). Intraoperative images of this unusual variant were captured using the overhead theatre in-light camera. The aponeurotic sheet was subsequently resected in order to expose the underlying subscapularis tendon which was routinely reflected off the lesser tubercle to allow surgical access to the glenohumeral joint and completion of the hemiarthroplasty without complication. During dissection both the brachial and deltoid fascia were identified, ensuring that they were in no way a part of the described variation. Figure 2. Illustrated representation of (a) normal shoulder anatomy, and (b) the unusual variant of the origin of the short head of biceps brachii-demonstrating its vertically orientated fibres and proximal attachments. Coracoid process (CP), coracoacromial ligament (CA), inferior surface of the acromion (A), and greater tubercle (GT).

Interestingly, in this case, the humeral head was observed to have extensive circumferential osteophyte formation, and the synovium was found to have an appearance characteristic of secondary chondromatosis-later confirmed on histopathology specimens. The patient was followed up at six and twelve weeks and has subsequently made a full recovery following standard rehabilitation protocol.

A thorough understanding of the frequent anatomical variations of the biceps brachii muscle is fundamental to achieving a superior management approach to shoulder surgery. As previously mentioned biceps brachii is a muscle known to have frequent well described anomalies, with supernumerary heads of variable number and attachment [1,5-8]. Rodriguez-Niedenfuhr et al. examined variations of the supernumerary heads of the biceps in a large sample [175] of human cadavers, classifying them according to location as inferomedial, superior and inferolateral humeral heads [11]. Our case report adds further variability to the anatomical nature of the biceps brachii muscle, with a more unusual and previously un-described anomaly of the short head.

With regards to the anatomy and variation of the short head of biceps brachii there is a far smaller body of literature when compared to the long head or distal biceps tendon. A case series reported by Crichton et al. have identified a more sound understanding of the origin of the short head of biceps, and would suggest that the true nature of its origin differs from the common description, with a direct muscular attachment covered by a thick aponeurotic sheath. It is likely that this aponeurotic sheath has previously been misinterpreted as the tendinous insertion of the muscle [2].

Our novel case report identifies an unusual variant of this new understanding, adding validity to the concept of an aponeurotic sheath, rather than a tendinous insertion of the short head of biceps brachii. Understanding the anatomy of insertion of the short head of biceps is an important factor in the description and understanding of this anatomical variant as it may have otherwise been considered to be a third head of biceps arising from the joint capsule as described by Govindarajan et al. [4]. Yet in no way was there a distinct consolidated tendinous attachment, nor was there any identifiable third muscle belly.

The biomechanical effects and subsequent contribution to the disease process in this case is unclear, however, it may in part be similar to those described for supernumerary muscular attachments, altering the forces transmitted across the glenohumeral joint which can subsequently lead to accelerated wear and deterioration [7]. In this manner the anatomical variant may account for the unusual advanced degree of osteoarthritis in an otherwise normal middle-aged man.

This case provides further insight into the little examined short head of the biceps brachii muscle, adding additional evidence to an adjusted perception of its origin, and providing a more comprehensive understanding of the anatomical complexity of the biceps brachii and its possible variations.

Ayeesha Clare McComb - Chief Medical Illustrator, at Medical Illustrations Lab, Pymble, NSW, Australia. - for her work in design and generation of the illustrations and images for this manuscript. Dr Mirjana Strkalj - Senior Lecturer in Anatomy, at Macquarie University, Macquarie, Australia. – for her assistance in the identification and description of the anatomical variant.