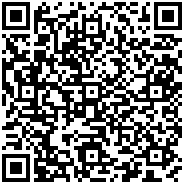 An Unusual Variation in the Sternocleidomastoid Muscle

The variations of the sternocleido mastoid are a rare case of 4 slips in the origin and inserted in to angle of mandible along with usual attachment and intermittent tendon of omohyoid fuse with the one additional clavicular head fiber was found during our routine dissection on the left side of the neck in an elderly female cadaver. The clinical and embryological significance of the variation is discussed. this type of cases may be important for head and neck surgeons, plastic surgeon doing muscle graft surgeries, physiotherapist doing the treatment of sternocleidomastoid syndrome, torticollis, upper crossed syndrome, neck shoulder strain conditions, functional limitation of neck flexion.

The muscle name called sternocleidomastoid (SCM) because of its origin from manubrium sterni (sterno) and clavicle (cleido) and its insertion at the mastoid process of the temporal bone. The SCM extends obliquely across the side of the neck and divides the neck into anterior and posterior triangle. The SCM is the key muscle in the neck region because of important structures of the neck like great vessels and branches of cervical plexus are overlapped by the muscle [1].

Action of this muscle–if unilateral muscle is contract, same side lateral flexion and rotation to opposite side. If bilateral contracts flexion of neck. Additionally, it involves accessory muscles of inspiration, maintain posture of neck and body and allows a correct function of temporo mandibular joint. If spasm of the muscle, in turns to flexion deformity of the neck is called wry neck or torticollis [4].

While doing a routine dissection cervical region of 60-year-old embalmed female cadaver in the department of Anatomy, Shri Sathya Sai medical college &RI, I found a rare and unusual variation in the origin, insertion, separated muscle belly and intermittent tendon of omohyoid was noted on the left side of the neck region [5-8].

Here I noted in one sternal head and three clavicular head origin and few fibres gets inserted into angle of mandible along with usual attachment and intermittent tendon of omohyoid is fused with the clavicular head of SCM muscle [9].

In other articles several variations of sterno cleido mastoid were reported on its origin. The variations in the insertion and fusion of intermittent tendon of omohyoid with the additional clavicular head fibres only few variations are published [10]. Sternocleidomastoid muscle variations with regard to the additional heads were reported many times in the literature [11]. In other article sternal and clavicular heads are separated and fused to form single belly but in this case all the heads having separated belly and sternal fibres and c1 fibres inserted into angle of mandible and other fibres inserted into mastoid process and lateral part of superior nuchal line [12] (Figure 1).

In (Figures 2,3) intermittent tendon of omohyoid fuse with the clavicular fibres of sternocleidomastoid muscle.it is very rare variations. The nerve supply of omohyoid is c2 and c3 and proprioception of SCM is c2 and c3 both of them supply from the cervical plexus.

Developmentally sternocleidomastoid derives from the paraxial mesoderm (HOX D4+), occipital somite and also from the neural crest along with trapezius from the posterior sixth brachial arches.