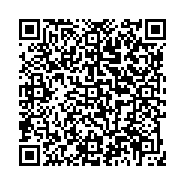 Dissection of spinalis capitis and implications for osteopathic treatment

The spinalis cervicis and capitis muscles are small components of the erector spinae group. These muscles are highly variable, and when present, they are typically asymmetric and often fused with other muscles. Herein, we provide a description of our dissection of a well-developed and unilateral discrete spinalis capitis muscle. This muscle arose from the ligamentum nuchae and attached superiorly along the inferiorly nuchal line. While this muscle is infrequent, it is positioned to cause unique patterns of somatic dysfunction and may play a role in the development of cervical and/or occipital headaches. Such a muscle should therefore be of unique interest to osteopathic physicians.

A thorough understanding of the structure and function of back musculature is of particular significance to osteopathic physicians, as somatic dysfunction of these muscles may lead to back pain and irregular movement of the vertebral column. Although infrequently identified, the spinalis cervicis and capitis muscles are minor components of the erector spinae muscle group but have the potential to cause unique patterns of somatic dysfunction. We describe herein the presence of a unilateral spinalis capitis muscle, identified during cadaveric dissection, and potential implications of this finding. The Erector Spinae (ES) muscles are a major component of the deep or intrinsic back muscles and functionally serve as the chief extensors and side benders of the vertebral column. The ES group consists of three long, vertical muscular columns: Iliocostalis, longissimus, and spinalis (lateral to medial, respectively). All three erector spinae muscles arise from a common inferior attachment at the iliac crest, posterior sacrum, sacroiliac joints, supraspinous ligament, and inferior lumbar spinous processes. From this common attachment, the ES group can be divided based on their superior attachments. The spinalis muscle column is subdivided into three regional components: spinalis thoracis, spinalis cervicis, and spinalis capitis. Spinalis thoracis is typically the most developed, consisting of fascicles that insert segmentally onto thoracic spinous processes. Alternatively, spinalis cervicis and spinalis capitis are described as irregularly and poorly developed. When present, spinalis cervicis arises from the inferior portion of the ligamentum nuchae and spinous process of CV7, and attaches superiorly to the spinous processes of the upper cervical vertebrae. Spinalis capitis is not well characterized in modern anatomy textbooks and atlases, and is often omitted from anatomical illustration [1-4]. However, it can be identified as fibers that extend from the spinous processes of TV1 and CV7 to the cranium, often blending with semispinalis capitis [1].

Regardless, the spinalis capitis muscle appears to be frequently absent or when it is present, it is poorly developed and fused/incorporated into other muscle bellies. Furthermore, when spinalis capitis is found as a distinct muscle, it most often is unilateral. Based on these observations, we suggest that the presence and dysfunction of this muscle may lead to unique physical exam findings and may be of particular interest to osteopathic physicians. The purpose of the present study is to discuss the identification of a rare cervical muscle, and its potential clinical significance.

During routine dissection of the back and posterior neck of a 63-year-old male anatomical donor, superficial back and cervical musculature was identified and reflected. Deep to semispinalis capitis, we observed a discrete muscle arising from the right side of the ligamentum nuchae at the level of CV3/4, and attaching unilaterally to the occiput just superficial to rectus capitis posterior minor at the inferior nuchal line (Figure 1). This muscle was well developed, distinct from the right semispinalis capitis, and enclosed in cervical fascia. Although these findings are incongruous with classical descriptions, this muscle appears most consistent with spinalis capitis. Multiple studies discuss the presence of accessory cervical muscles in various forms [2,5,6]. Development of such muscles may be due to asymmetrical embryonic development of occipital and/or cervical somites [6]. Evidence suggests that while spinalis capitis is uncommonly identified as a discrete muscle, it is often unilateral when it is identified [4]. The presence of asymmetry in the musculature responsible for extension, lateral flexion, and rotation of the cervical spine [7] presents opportunity for asymmetric cervical motion. Although the size of spinalis capitis relative to larger, parallel muscles would likely limit its impact on cervical movement, altered or impaired function of the spinalis capitis and other deep cervical musculature may result in unique patterns of somatic dysfunction. Such patterns may include restricted flexion and sidebending of the cervical spine, or possible activation of myofascial trigger points [8]. It is likely that tissue texture changes as a result of spinalis capitis hypertonicity would be palpable to an osteopathic physician. Awareness of the potential for spinalis capitis to be present, particularly asymmetrically, should be a consideration in osteopathic evaluation and treatment.

Furthermore, there is recent evidence that muscles in the suboccipital region have myofascial connections to the dura mater [12,13]. The ligamentum nuchae has also shown continuity with the posterior spinal dura via the atlanto-occipital and atlanto-axial membranes [1,8,14,15]. The functions of these connections are believed to involve anchoring of the spinal cord and dura, and possibly circulation of cerebrospinal fluid in the vertebral canal [12,13,15]. It is suggested that such dural connections in the occipital and upper cervical areas may contribute to cervicogenic headaches [7,8,13,14]. Unilateral strain from spinalis capitis on the ligamentum nuchae may result in abnormal tension on the cervical dura mater as a result of this dura-fascial connection, potentiating the development of a cervicogenic headache. It remains unclear if the rarely occurring spinalis capitis makes any direct myofascial connections to the cervical dura. However, the asymmetry typical of this muscle along with dysfunction might lead to more widespread cervical dysfunction, abnormal tension on the cervical dura and cervical or occipital headaches. Understanding the possible etiology of cervicogenic headaches and potential structures involved would make treatment more targeted and thus more effective.

We report the presence of a distinct unilateral muscle in the posterior cervical region with attachments that are most consistent with previous descriptions of spinalis capitis. This muscle is poorly described in current literature and texts and, when identified, is often fused or inseparable from semispinalis capitis. This muscle has received little attention because it is highly variable and often asymmetric. However, we suggest that such a muscle should be of special interest to anatomists and osteopathic physicians, as it might contribute to the development of cervical dysfunction or cervicogenic and occipital headache syndromes.

The authors would like to thank the donor and his family for their generous donation.