40 patients diagnosed with GBS recruited from neuropsychiatry department of Nasser Institute Hospital. They were assessed clinically using the Hughes scale at onset and 3-6 months later. In follow up patients were divided into GBS with good and those with poor prognosis according to their score, Good prognostic group has only 2 or less in the Hughes score while above two patients were considered having poor prognosis At presentation, some lab studies were done to them including CSF examination. Nerve conduction study was done to all the 40 patients. They were treated with plasma pharesis sessions with different number of sessions (6 or less versus more than 6). Reassessment of patients using Hughes GBS disability scale, and nerve conduction study; done 3-6 months after onset.

Despite the use of plasma exchanges and intravenous immunoglobulins, Guillain-Barré syndrome (GBS) still carries non-negligible morbidity and mortality. Furthermore, the psychosocial consequences of GBS may persist longer than expected. Various aetiological, clinical, electrophysiological and immunological factors may carry prognostic predictive value the prognosis of GBS is generally considered favourable. Despite the demonstrated efficacy of plasma exchange (PE) and intravenous immunoglobulins (IVIg), GBS however remains a disabling disease in a significant proportion of patients, and these treatments have not improved mortality. Long-term function is compromised in a significant proportion of subjects. Prognosis and potential determinants of clinical outcome in the disorder have been studied by several investigators in more recent years. Although several review articles have considered the various aspects of GBS, a synthesis of the important question of prognosis and its determinants has not, to date, to our knowledge, been performed. In this article, we review the literature on the specific issue of outcome and its predictors in adequately treated, adult-onset GBS [1].

This prospective observational study included 40 patients who are diagnosed with GBS and recruited from neuropsychiatry department of Nasser Institute Hospital.

• Both sexes are included.

• All patients met diagnosis of GBS [2]

All patients were subjected to

Clinical examination: Full neurological examination stressing on peripheral nervous system with Hughe’s scale [3,4] done in the first assessment and in follow up 3-6 months from onset (Table 1 and Figure 1). 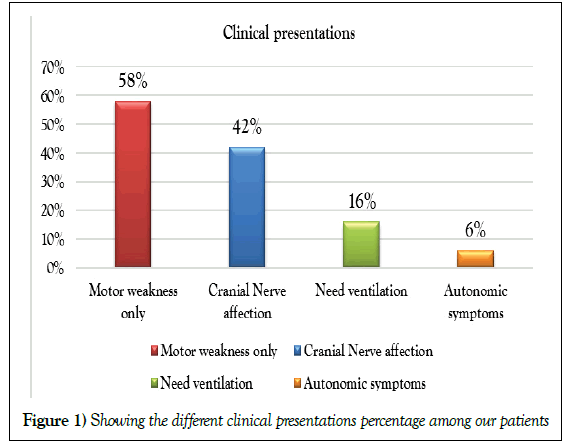 Figure 1: Showing the different clinical presentations percentage among our patients

• Serum albumin level on admission and after treatment

The patients were divided into two groups:

There was a non-significant difference as regards DM, HTN and disease onset (p>0.05) between the 2 groups (Table 2).

Table 2: Shows a comparison between the 2 groups as regards baseline laboratory data using Mann-Whitney's U test

Table 3: Shows a comparison between the 2 groups as regards baseline laboratory data using Mann-Whitney's U test

The study showed a significant increase in the AMAN type at baseline NCS assessment; in worsened group; compared to improved group; with significant statistical difference (p=0.027).

Ophthalmoparesis was noted in one case of Miller Fisher Syndrome (MFS _GBS), autonomic dysfunction was seen in 3% of our patients who had Cardiac arrest from the incidence of autonomic dysfunction has varied in previously reported studies from 17% by Ashok et al., to 66% in (8), 5(71.4%) patients in group II need ventilation and this is associated with disease severity and poor outcome. Compared to previous studies, our patients had a higher GBS disability scale at treatment initiation. Most of our patients had a GBS disability scale greater than 4 in group II before treatment initiation, this was similar to the study by Koningsveld and coauthors, a higher score on admission seen to predict a poor outcome (p 0.0016) [9].

In this study, the most common Nerve Conduction Study pattern was axonal, and this was different from the previous studies by Tavee and coauthors. They found that demyelinating pattern was most commonly seen followed by axonal. Higher prevalence of Acute Motor Axonal Neuropathy (AMAN) has been reported from China [10]. This difference may be because study was done in tertiary center which most severe cases referred to.

Our study showed that Hyponatremia was related to disease severity and poor outcome with significant p value 0.000037, also correlation study done by multiple regression model found hyponatremia had an independent effect on increasing follow up disability score and thus was consistent with most results that found hyponatremia as an important predictor of outcome in GBS patients [11,12].

Also, hypoalbuminemia assessed by correlation study by multiple regression model found hypoalbuminemia had an independent effect on increasing disability score, also by logistic regression analysis, hypoalbuminemia had an independent effect on increasing of probability of NCS worsening. Samukawa found that serum albumin levels decreased in GBS patients in the subacute period and that there was a negative correlation between albumin levels and Hughes’ scores (admission/discharge) [10].

In this study, marked increase in CSF protein in group II with high significant value and this result consistent with Kuitwaard that found protein level in CSF was an independent prognostic factor. As regard cytoalbuminous dissociation, So far, no previous studies discussed this result before. No significant difference was found as regard RBS, HbA1C levels as predictors of outcome.

Khan, studied the relation between Fasting Blood glucose (FBG), HbA1C and disease severity and short-term prognosis [14], found that FBG positively correlated to disability score, no relation with HbA1C. As regard RBs, so far no previous studies discuss this result before.