Market Analysis of 10th Global Summit on Neuroscience and Neuroimmunology

Neuroimmunology 2020 welcomes attendees, presenters, and exhibitors from all over the world to Paris, France. We are delighted to invite you all to attend and register for the “10th Global Summit on Neuroscience and Neuroimmunology” which is going to be held during February 19-20, 2020 in Paris, France.

The organizing committee is gearing up for an exciting and informative conference program including plenary lectures, symposia, workshops on a variety of topics, poster presentations and various programs for participants from all over the world. We invite you to join us at the Neuroimmunology 2020, where you will be sure to have a meaningful experience with scholars from around the world. All members of the Neuroimmunology 2020 organizing committee look forward to meeting you in Paris, France.

Market Capitalization of Neuroscience and Neuroimmunology companies in 2014 investors provided $3.3 billion into firms that are developing drugs for neurodegenerative or psychiatric illnesses. Some big drug companies, including Biogen, Johnson & Johnson, Roche and Novartis are finding methods to prompt their efforts. New medicines for severe depression, psychosis and schizophrenia could reach the market within the next few years and treatments for diseases such as Alzheimer’s, Dementia, and Parkinson’s too.

The worldwide market size of neuroscience in 2017 was estimated at US$ 26,593 million and is anticipated to see a CAGR of 3.9 percent over the forecast era (2018 - 2026) Increasing neurological disease burden globally is anticipated to be a significant factor accelerating the development of the global market for neuroscience. 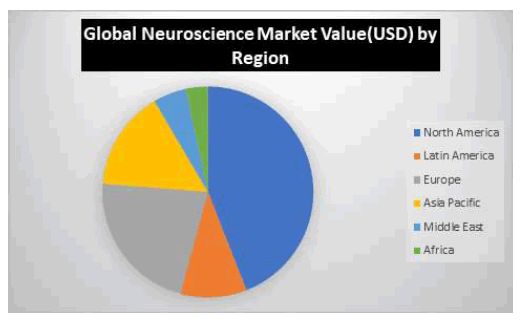 Increasing incidence of malicious diseases including Parkinson's and Alzheimer's disease along with other hereditary CNS disorders has led in enhanced necessity for new neuroscience sector improvements. Due to increasing demand in labs and academic centers, the market is anticipated to grow over the forecast era. Market players strive to introduce distinctive techniques capable of gaining insights to better comprehend compound nervous functionalities and neural manipulations. In addition, growing aggregate geriatric population is expected to considerably drive demand due to a growing need for better therapy and medication.

As stated by the WHO (World Health Organization), France is the most depressed nation in the world (21%), and the USA is second (19.2%). French are spending more antidepressants than various countries. In France, 32% of males and 26% of women smoke daily. In France, with a population of 65 million people, approximately 12 million people face the ill impacts of another mental problem, where 83 million people encounter it. Women's rates are quite greater when compared to males (33.2: 21.7) percent expect mad confusion and use scattered substance (1.3 percent: 5.6 percent). 32% of these people were affected by one increasingly neurological problem, while 18% had two and 14% had at least three problems. 90% of suicides are because of psychological problem in high pay nations.

Major Associations around the Globe

Around 500 top universities globally working in the field of Neuroscience

All around the globe there are 6000 hospitals working on Neurology

Some of them among them are:

Global Summit on Advances in Pediatrics and Pediatric Neurology