Extramural duodenal diverticulum along the convex margin of the duodenum is a rare entity. Though its exact etiology is not clear, diverticulum of duodenum usually occurs at weak spots in duodenal walls near the major and minor duodenal papillae. Here we present a case, where we found an unusual diverticulum at the junction of the second and third parts of the duodenum. This was unique as it was very prominent with about 3 cm diameter and was along the lateral convex margin. Gastroenterologist and surgeons who deal with gastrointestinal obstructions or infections should be alert about this particular variation.

Though the exact etiology is not clear, the prevalence of duodenal diverticula increases with age and is found in less than 5% of post-mortem examinations [1]. Progressive weakening of the intestinal smooth muscles and increase in intraduodenal pressure is said to be the reason for this out pouching of the duodenum [2]. Most (70-75%) of duodenal diverticula occur in the periampullary region, within 2-3 cm radius of the ampulla of Vater [3]. Concave medial border of the duodenum is the common site for diverticula [2]. Because of its proximity to the head of the pancreas, fluid filled duodenal diverticula can be misinterpreted as pancreatic psuedocysts [2,3].

During the routine dissections for the medical undergraduates, a ‘pot shaped’ diverticulum was seen to arise from the lateral border, at the junction of the second and third parts of the duodenum in an approximately 55-year-old male cadaver (Figure 1). The diverticulum was covered by peritoneum and was about 3 cm in length and 2 cm wide at the base. After removing the peritoneal covering, the lateral border of the diverticulum was incised. There was a valveless opening seen, which communicated with the duodenal lumen (Figure 2). Undigested food particles were observed in the lumen of the diverticulum. The subject’s medical history is not known to us. 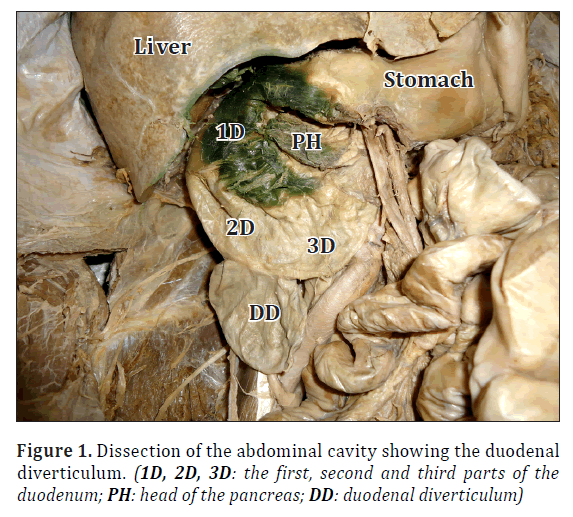 Figure 2. A view of the interior of the pouch which shows the continuity of the duodenal lumen into the diverticulum. (DD: duodenal diverticulum; VLO: valveless luminal opening)