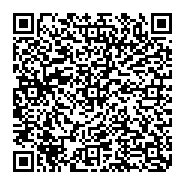 Three separate abductor digiti minimi muscle bellies and tendons were found during dissection of the right foot of a 79 y.o. man. The largest lateral, the smaller medial and smallest intermediate bellies, originated from the calcaneal tuberosity and the inner surface of the lateral plantar fascia. The tendons of the lateral and intermediate abductor digiti minimi muscles joined together distally around the plantar aspect of the fifth tarsometatarsal joint and inserted into the base of the lateral aspect of the proximal phalanx of the fifth toe. The medial muscle belly, deep to the two lateral bellies, passed distally and laterally, then became tendinous and aponeurotic lateral to the fifth tarsometatarsal joint and continued as an aponeurosis on the dorsum of the fifth metatarsal shaft before attaching into the dorsal digital expansion of the same toe.

The abductor digiti minimi (ADM) assists with abduction and flexion of the fifth toe, and helps to maintain an upright standing posture and balance [1]. It arises from the lateral and medial aspect of the calcaneal tuberosity, deeper aspect of the plantar aponeurosis and intermuscular septa. It inserts into the lateral side of the base of the proximal phalanx of the little toe. The lateral plantar nerve (S1, S2, S3) innervates the ADM and lateral plantar artery provides the blood supply [2].

This study reports a variation of extra bellies of abductor digiti minimi. Knowledge of this variation may help foot surgeons and clinicians to treat diseases of the foot.

During a routine dissection of the right foot of a male cadaver a previously unreported variation of the ADM was discovered. The skin and plantar aponeurosis including the medial and lateral plantar fascia, and flexor digitorum brevis were reflected. Three components of ADM were found deep to the lateral extension of the plantar aponeurosis. The largest lateral, smaller medial and the smallest intermediate bellies, tendon and aponeurosis were measured and named according to their locations as lateral [1], intermediate [2] and medial [3] (Figure 1). The medial ADM muscle and tendon developed into an aponeurosis which travelled dorsally on the fifth metatarsal bone, before blending with the fifth dorsal expansion (Figure 1). The medial ADM muscle was fusiform with a small tendon originating from the plantar aspect of the calcaneus between the medial and lateral calcaneal tuberosity (Figure 1). This medial muscle belly had a distinct tendon, which lay deeper to the muscle bellies of the other two ADM, around the fifth tarsometatarsal joint (TMTJ).

The tendon of the medial variant abductor digiti minimi muscle continued as a long aponeurosis covering the dorsal shaft of the fifth metatarsal bone, inserting laterally and dorsally to the extensor expansion at the fifth metatarsophalangeal (MTPJ) joint of the little toe (Figure 2). Variation of ADM has surgical and clinical implication. Abductor digiti minimi flaps have been used in reconstructive surgery of the foot to assist in wound closure [2-5] and filling in plantar heel defects in osteomyelitis of calcaneus [4].

Clinically, the variation of ADM may explain why the little toe is not deformed as are the other toes, in this case of pes cavus, where it may also have assisted with balance and weight distribution. Past studies have proposed that additional ADM muscle bellies occur to maintain the balance and weight distribution in the presence of pes cavus [6-8], however, the current finding reported is different to these studies and texts because these past variations do not form aponeuroses that insert into the extensor expansion of the little toe.

High arch of the foot may increase the risk of the lateral ankle sprain and due to excessive inversion [6]. In the presence of high arches, or pes cavus, the abductor digiti minimi and fibularis muscles resist foot supination to avoid ankle inversion in mid-stance. In the high arch the first MTP joint is positioned in a lower level in comparison with the other MTP joints and during the touching ground transfer, the force to the lateral compartment may cause ankle sprain [6].

The existence of the variant medial ADM muscle with an aponeurosis lying on the dorsum of the fifth metatarsal shaft and the head may have redirected the transmission of weight medially during the toe strike phase of the gait cycle.

In this foot, were found proximal inter-phalangeal joint flexion contractures of the second, third and fourth toes. The existence of this variant medial ADM muscle with an aponeurosis lying on the dorsum of the fifth metatarsal shaft and the head may have acted like an additional, lateral-sided lumbrical muscle at the proximal and distal interphalangeal joints of the 5th toe, as its aponeurotic band blended with the fifth dorsal expansion. The size of the variant medial ADM muscle was measured as larger than a lumbrical muscle. Its long flattened tendon (aponeurosis), could to extend and supinate the little toe, explaining the lack of proximal interphalangeal joint flexion contracture of the 5th toe.

X-ray imaging revealed flexion deformities of the toes, however, the variant muscles were not detected. This suggests that further study and screening using diagnostic ultrasound or magnetic resonance imaging of individuals with high and normal arches could investigate the frequency of such variations. We offer a name for this newly discovered muscle to the International Anatomical Society, as an Extensor Digiti Minimi Brevis (EDMB).

The variation of the abductor digiti minimi of the foot having three distinct muscle bellies, including the medial most belly which has its own tendon and the aponeurosis nearby the dorsum of 5th TMJ, dorsum of the 5th metatarsal bone and blending with the fifth extensor expansion could explain its additional function as an extensor at the metatarsophalangeal, distal and proximal interphalangeal joints. This type of variation may be associated with compensation for excessive inversion and pes cavus of the foot.

We would like to thank and express our utmost respect for the generous donors of the University of Adelaide Body Donor Program.