The use of economic negative-pressure wound therapy (NPWT) therapy machine and supplies in management of acute and chronic wounds: A report of 3 cases

Citation: Abdelmoez A. The use of economic negative-pressure wound therapy (NPWT) therapy machine and supplies in management of acute and chronic wounds: A report of 3 cases. Surg Case Rep. 2018;2(2):39-41.

Negative-pressure wound therapy (NPWT) is known for improving a wide range of acute and chronic wounds. This technique has historic origins that go back to ancient times. Several theories were hypothesized around that technique of wound care including faster draining of the wound discharge, decreasing bacterial load of the wound, mechanical traction of wound edges by negative pressure and induction of wound surface hypoxia that encourages local angiogenesis. Using more economic machine, that was assembled by the author, and cheaper supplies on three different cases to test the efficacy of our method for wound care andhealing will be presented.

The modern form of Negative-pressure wound therapy started to appear in the 1990s. However, the principle of using suction to heal wounds goes back to old history, precisely the Roman era [1]. During the Soviet- Afghan war (1979 – 1989), Russians developed the technique of using suction devices and foam to treat infected wounds [2]. Modern NPWT devices were developed by Argenta and Morykwas of Wake Forest University School of Medicine in the ninties [3]. Different theories and mechanisms were suggested to explain the healing potentials of negative pressure wound therapy technique.

Negative pressure applies contracting forces on the wound when applied in a sealed fashion, leading to mechanical reduction in the wound size [4,6,7].

Mechanical force generated by the negative pressure is transmitted to the cells through the extracellular matrix, leading to microde formation of cytoskeleton that stimulates cell proliferation by a process called mechano transduction [8]. These cellular changes lead to undulant wound surface due to negative suction at the foam–tissue interface [9].

Surface hypoxia induced by negative pressure and vascular endothelial growth factor (VEGF) expression along with mechanical forces were linked with formation of more physiological and straight blood vessels at the wound site [10].

Decrease discharge and bacterial load of the wound 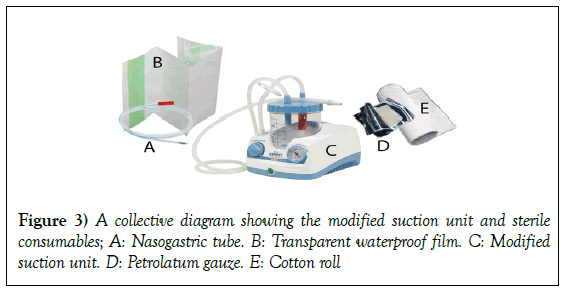 Figure 4: A, B: Wound at admission. C, D: Wound after first irrigation, debridement and skin approximation

Figure 6: Application of our technique of NPWT (Case 2)

Figure 7: A: Wound at admission. B: Wound after NPWT application. C:Defect coverage by adipofascial turnover flap covered by a split thickness skin graft Figure 8: Application of our technique of NPWT (Case 3)

Continuous mode was found to cause less pain [16,17]. However, intermittent mode was found to induce granulation faster [4] but cause more pain and can lead to exudate spillage into the wound during off period [16,17].

Varies from two to four days as time gaps between dressings [20].

NPWT is indicated for temporary wound closure, wound preparation for final surgical closure, as an aid for successful graft take and adjunct therapy in wound reconstruction using dermal substitute [21]. On the other hand, it is contraindicated in wounds with very poor vascularity [14], deeper tissues infections e.g. osteomyelitis, malignancy, fistulas and undebrided wounds with necrotic tissues and eschars [22] (Figures 1-9).

Three patients were chosen to apply the technique of management.

Pressure: -125 mmHg, according to Morykwas recommendations [4].

Mode: Intermittent (5 minutes: ON and 3 minutes: OFF)

Frequency of dressing: Once every 48 hours sterile petrolatum gauze, sterile cotton roll, sterile nasogastric tube and sterile transparent waterproof film were used for dressing. The three cases can be briefly presented as following;

A 52-year-old male, post road traffic accident, presented to our hospital around two weeks after the incident with nearly complete avulsion of the skin and subcutaneous tissues all around the left thigh. Wound was severely septic with heavy suppurative discharge. Patient was in a general septicemic bad condition with fever, high ESR and CRP, malaise and disturbed appetite. Wound swab for culture and sensitivity on admission showed heavy growth of Klebsiella pneumoniae, Acinetobacter baumannii and Proteus mirabilis.

Management: Patient was taken directly to OR. Generous irrigation was done. Proximal and distal flaps were approximated using tension Ethibond sutures 5 to decrease the defect and eliminate any spaces. NPWT was applied in our method. Dressing was changed every two days. Healthy and clean granulation tissue was ready for split thickness skin grafting after 39 days.

A 55-year-old female patient, post road traffic accident, presented to our hospital 12 days after the incident with right leg both bone open fracture (Gustilo IIIB) with a bony segmental loss from the right tibia, and skin and soft tissue loss at the same spot. Wound swab for culture and sensitivity on admission showed heavy growth of Klebsiella pneumoniae, Acinetobacter baumannii.

Management: Patient was shifted to OR, where she underwent wound debridement and fibular bone segment grafting. NPWT was applied in our technique. Wound was clean and granulated after 58 days. Exposed bone was covered by adipofascial turnover flap then a split thickness skin graft.

A 59-year--old male patient, underwent bariatric surgery four months ago. The surgery was complicated by DVT and deep, infected and highly discharging ulcer on the dorsum of the right foot. Patient presented to our hospital three months after unsuccessful trials of wound care methods. Wound swab for culture and sensitivity on admission showed heavy growth of Klebsiella pneumonia.

Management: Wound was irrigated. NPWT was applied in our technique. Wound was completely healed without any further surgical procedures in 66 days.

Application of the NPWT principle of treatment using an economic modified suction unit and cheaper affordable consumables gives significantly positive results of improvement in different kinds of wounds as shown in the case report.