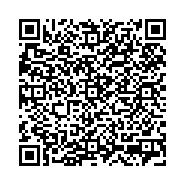 OBJECTIVE: The aim of the present study was to assess the validity of TIMI risk score on NSTEMI and UA patients in King Abdulaziz Medical City, Jeddah, Saudi Arabia.

METHODS: This cross-sectional study was undertaken on 194 patients diagnosed with NSTEMI or UA. They were consecutively included over a two-year period. Data were collected from medical records, TIMI score was calculated and 30 days outcome was recorded. Model discrimination and calibration was tested in the overall enrolled population.

RESULTS: Validity of TIMI score in predicting in hospital mortality within 30 days of diagnosis of NSTEMI or UA in Saudi population was assessed by ROC curve and binary logistic regression analysis. The accuracy of discrimination of the TIMI risk score was poor; the area under the ROC curve (AUC) or C-index was 0.612 (95% CI: 0.539 to 0.681). Binary logistic regression model revealed good calibration or model fit of TIMI risk score as revealed by the Hosmer and Lemes how test for the constructed logistic model; p value was 0.934 (>0.05) denoting good model fit.

CONCLUSION: The generalizability of this single-center study requires further confirmation in a larger sample population allowing stratification of the study participants into different subgroups according to known important risk factors such as diabetes mellitus, renal failure, or age, so that the performance of the TIMI risk score could be comprehensively assessed before deciding its application in our population.

Cardiovascular diseases are the leading cause of morbidity and mortality globally and in the Middle East [1]. The major cause of cardiovascular mortality is coronary artery disease [2]. Acute coronary syndrome is the major presentation of coronary artery disease, and it includes a spectrum of disorders like unstable angina (UA), ST elevation myocardial infarction (STEMI) and non-ST elevation myocardial infarction (NSTEMI) [3].

Several multivariable risk models for UA/NSTEMI have been developed to help physicians risk stratify patients in a standardized and uniform manner. Thrombolysis in myocardial infarction (TIMI) risk score was developed from multi-center international randomized clinical trials on patients with NSTEMI and UA, and it has been validated in non-selected Western patient populations. It is simple, low cost, easily applicable risk score using standard patient features that could be readily identified at presentation [6-9].

The TIMI risk score was shown to provide good discrimination in predicting in hospital and 1- year mortality [10]. This offers some evidence for its clinical applicability in risk stratification and prognostication. However, it is not known how the TIMI risk score performs in a population with many characteristic differences from the TIMI population in which it was derived from. Hence, the aim of the current study was to assess the validity of TIMI risk score on NSTEMI and UA patients in King Abdulaziz Medical City, Jeddah, Saudi Arabia.

This is a retrospective cross sectional single center study conducted at King Faisal Cardiac Center in Jeddah, Saudi Arabia. Consecutive patients with the diagnosis of acute coronary syndrome excluding STEMI from August 2014 till August 2016 have been included. Exclusion criteria included overt heart failure, severe left ventricular dysfunction, cardiogenic shock, hemodynamic instability and unstable ventricular arrhythmia as well as Patients with recurrent or persistent rest angina despite intensive medical therapy and those not eligible for coronary catheterization.

A different multivariate logistic regression model was also constructed to evaluate the performance of the 7 TIMI predictors with in-hospital mortality as the outcome variable.

Validation of TIMI score was done by the goodness-of-fit of the logistic model which was examined using the Hosmer and Lemeshow goodness-of fit statistic [11], which analyzes the actual versus the predicted responses; theoretically, the observed and expected counts should be close. Based on the x2 distribution, a Hosmer and Lemeshow statistic with a p-value greater than 0.05 is considered a good fit. The discriminatory power of the score was assessed by the area under the receiver operative characteristics (ROC) curve also known as C-index [12]. A model with perfect discriminative ability has a C-index of 1.0; an index of 0.5 provides no better discrimination than chance. Models with area under the ROC curve of greater than 0.7 are preferred. Statistical analyses were conducted using SPSS version 20 P<0.05 was considered statistically significant.

All procedures performed in this study were in accordance with the ethical standards of the institutional research committee and with the 1964 Helsinki declaration and its later amendments. Only patients’ medical records were reviewed (informed consent was not required). Patients’ files were approached in the Medical Record Department. The study met all institutional ethical board requirements.

This study was undertaken on 194 patients diagnosed as NSTEMI (N=122) and UA (N=72). Table 1 shows demographics, clinical characteristics, and TIMI score of the studied patients stratified by in hospital mortality. The ages ranged from 24 to 99 years with a mean of 64.43 ± 14.19. Males were predominant (68.0%). Total of nineteen patients (9.8%) died ten patients (5.2%) died during index hospitalization in the medically treated group who were thought not amenable to revascularization and nine patients (4.6%) died within thirty days of coronary intervention. Compared to survivors, patients who died were insignificantly older (mean age=68.11 ± 12.65), mainly males (57.9%), more likely to have cardiovascular risk factors (73.7%) and two or more anginas in the last 24 hours. In addition, statistically higher percentage (73.7%) of them had elevated cardiac biomarkers and did not use acetyl salicylic acid in the last 7 days. The median TIMI risk score in all of the studied patients was 3 (IQR: 2-4). No statistically significant difference was found between survivors and non-survivors regarding the median TIMI risk score (p=0.099).

The frequency of percutaneous Coronary Intervention (PCI) in all patients was 68.8%; the thirty-day mortality was 4.6% and the readmission was 3.6%. Ten cases (5.1%) underwent CABG; one patient required readmission. Twenty-one patients (10.8%) had subsequent CABG following initial PCI. The total number of patients who needed readmission to hospital was 13 (6.7%).

Patient’s outcomes within 30 days of NSTEMI or UA diagnosis are shown in Table 2.

Table 3 demonstrates statistically significant association between the increasing TIMI risk score and the frequency of readmission to hospital (p=0.011).

Higher percent of patients (69.2%) had TIMI score of 4. On the other hand, TIMI risk score did not show statistically significant association with in hospital mortality (p=0.304).

Validity of TIMI score in predicting in hospital mortality within 30 days of diagnosis of NSTEMI or UA in Saudi population was assessed by ROC curve and binary logistic regression analysis. The accuracy of discrimination of the TIMI risk score was poor; the area under the ROC curve (AUC) or C-index was 0.612 (95% CI: 0.539 to 0.681) as illustrated in Figure 1. Binary logistic regression model revealed good calibration or model fit of TIMI risk score on Saudi population as revealed by the Hosmer and Lemeshow test for the constructed logistic model; p-value was 0.934 (>0.05) denoting good model fit. The calibration graph of the observed versus predicted in hospital mortality for all the studied patients was outlined in Figure 2. The graph demonstrates good agreement between the observed and predicted in hospital mortality.

Table 4 demonstrates absence of statistically significant association between the likelihood of in-hospital mortality and the various TIMI score predictors as revealed by multivariate logistic regression analysis (p>0.05). Only elevated cardiac markers contributed significantly to the model (p=0.025) where elevated cardiac biomarkers on admission increased the odds of in hospital mortality by a factor of 5.304.

Early risk stratification plays a pivotal role in the optimal management of NSTEMI/UA acute coronary syndromes and certainly improves patients’ care and their final outcomes [13]. There is a growing interest in using risk scores to facilitate risk assessment [14]. TIMI risk score was derived from clinical trial populations and was validated internally and externally in some populations [9]. It has been compared with other risk scores and has consistently been found to have good performance and, more importantly, it can be used to predict in hospital mortality, which was the main outcome in our population [10]. Due to the presence of differences between the TIMI cohort in the clinical trials from which it was developed and our population, it was necessary to be validated to determine its generalizability and applicability on Saudi population [14]. In this study, the performance of TIMI risk score in predicting 30 days in hospital mortality was assessed. It revealed poor ability to accurately rank individuals from low to high risk (poor discrimination). Additionally, binary logistic regression analysis revealed good calibration or model fit of TIMI risk score on Saudi population as revealed by the Hosmer and Lemeshow test. Previous studies revealed good but lower discrimination of TIMI score when compared with other risk scores. Singh et al. [15] showed that the TIMI risk score was inferior to the Predicting Risk of Death in Cardiac Disease Tool (PREDICT) score in predicting death among 717 patients with non-ST elevation myocardial infarction in Olmsted County. In addition, de Arau´jo Goncalves et al. [16] and Yan et al. [10] demonstrated stronger discrimination of both Integrilin Therapy risk score (PURSUIT RS) and Global Registry of Acute Cardiac Events Risk Score (GRACE RS) than TIMI risk score of the risk of death among patients presenting with wide range of acute coronary syndromes. This was attributed to absence of powerful prognostication variables like hemodynamic parameters in TIMI risk score when it was initially developed. Furthermore, the TIMI risk score composed of dichotomous variables only and with a limited range of 0-7. This might limit its predictive accuracy [17].

The poor discrimination of TIMI in this study population is probably due to the small sample size of 194 patients in addition to the unselected convenient sample, which comprised a broad spectrum of patients. Alternatively, TIMI risk score was developed from cohort of patients included in clinical trials in which high risk patients with renal failure were excluded. This difference between the two cohorts could impact the score performance and its power of discrimination [18].

When multivariable logistic regression analysis was carried out using the seven risk predictors derived from TIMI risk score for the inhospital mortality, the model demonstrated absence of statistically significant association between various parameters and the likelihood of in hospital mortality (p>0.05).

In the present study, mortality was seen more among patients with TIMI risk score of 3 or 4, whereas those who ranked higher scores were more frequently alive with no significant association between the increasing TIMI risk score and the in-hospital mortality. It should be realized that the risk scores are important clinical tools but have not included all risk factors in any particular individual. Risk scores are guides that are applicable in the majority of patients but cannot completely replace clinical judgment.

The generalizability of this single-center study requires further confirmation in a larger sample population so that the performance of the TIMI risk score could be comprehensively assessed before deciding its application to our population.

The authors declare that there are no conflicts of interest

This study has many limitations that should be considered when making conclusions the study is retrospective, single center and small size but this represent real live patients and daily practice in a busy center in Saudi Arabia. Larger sized sample and consideration of individual risk factors should be looked at in future study to develop a risk model that can be applied to our population.