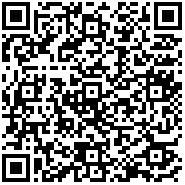 The persistence of the orbitozygomatic muscle in a Brazilian cadaver breaks two paradigms of international importance in anatomy; first, by being the only study to be performed on a Brazilian cadaver with this variation and, second, by demonstrating the presence of this muscle in the face of an afrodescendent individual. This was a cadaveric dissection study. The main aim herein was to consider the importance of this finding as a function of its anatomical relationships. Medical awareness of this variation may preclude possible facial injuries during surgical procedures. We believe that such a finding highlights the importance of a solid knowledge of anatomy and its variations for the practice of the different fields of medicine. This study was conducted within the parameters established by the Brazilian legislation covering the use of unclaimed cadavers for teaching purposes or for scientific research.

Unclaimed humans cadavers found in Brazil are destined to Brazilian Universities for anatomy studies, according to Brazilian Federal Law nº 8.501 [1]. This is the case of the cadaver used in this case report. The cadaver where the anatomical variation was observed is an indigent, of afrodescendent ethnicity, within the 50 year old age group. Face musculature was the object of the study.

The orbicularis oculi muscle is located in the face and is also known as the sphincter of the eyelid. It originates from the nasal portion of the frontal, the frontal process of the maxilla and the medial palpebral ligament, so its thin fibers form a circular outline around the orbit. This muscle is divided into: - the palpebral portion that is inserted into the lateral palpebral rafe, In the orbital portion where its fibers merge with the frontal and the corrugator of the supercilium, the lacrimal portion located posteriorly to the lacrimal sac and the medial palpebral ligament, inserted in the upper and lower tarsi. It receives innervation from the Cranial nerve (VII) [2].

The orbitozygomatic muscle is considered an anatomical variation. It presents inferolateral fibers that originate in the medial canthal tendon of the eyelid and insert into the skin in the cheek region. It has been described either as a fascicle of the orbicularis oculi muscle [3] or as a separate muscle referred to as the orbitozygomatic muscle [4].

Although its importance is significant from a clinical point of view, mainly regarding aesthetics, this variation has seldom been studied, since descriptions of anatomical variations of this structure are scarce in the scientific literature [5].

In this context, the aim of the present study was to describe a human anatomical variation of the orbicularis oculi muscle in a Brazilian cadaver.

The face of an afrodescendent Brazilian male of approximately 50 years of age was carefully dissected. Initially, water was injected under the facial skin using a 20 -mL disposable syringe to facilitate separation of the skin from the facial muscles, since no muscle fascia was present and the musculature was firmly adhered to the adjacent skin. Subsequently, using the handle of a number three scalpel and a number fifteen blade, an incision was performed in the median plane, separating only the mouth, eyes and nose (Figure 1). Following this procedure, a rat forceps was used to pick up and remove the skin, by delicate movements, in order to leave as much subcutaneous tissue as possible. The subcutaneous tissue was then removed from both sides, revealing a bundle of muscle fibers running in an inferolateral direction, located in the right lateral region of the nose (Figure 2). Figure 1: Anterior view of the face. Note the cut in the median plane, as well as the separation of eyes, mouth and nose. Figure 2: Anterior view of the face. Note the muscle bundle, the subject of this paper, on the right side, below the orbicularis oculi muscle.

A careful analysis of the points of origin and insertion of this variant muscle bundle indicate that it originates in the medial canthal tendon of the eye and is inserted into the skin in the cheek region, as displyed in Figure 3. Figure 3: Lateral view of the face, where the orbitozygomatic muscle is shown in greater detail.

For morphometry measurements, a 200 mm digital pachymeter (Marberg®) was used. Length, thickness and width of the muscle were noted, the latter varying according to the extension of the muscle (measured values respectively: 43.68 mm in length, 1.66 mm in thickness and regarding width - third Superior 5.65 mm, medium third 3.9 mm and lower third 4.7 mm) and photographic evidence was obtained (Figure 4). Figure 4: Use of a digital pachymeter to measure the thickness of the orbitozygomatic muscle.

Due to the lack of Programs destined to the voluntary body donations to anatomy studies, the majority of cadavers used in those studies are indigents [6]. This situation results in the lack of precise information about the cadavers, leaving anatomists only with estimations to register in their studies.

The orbitozygomatic muscle is a variation of the facial muscles that has already been described in detail in South Korea (Hwang et al., 2002; Park et al., 2002). However, no description has yet been reported in the scientific literature in Brazilian cadavers, justifying the importance of this finding. In addition, it is important to emphasize the ethnicity of the Brazilian cadaver studied herein, since Brazil is a heterogenous country with a racially diverse population.

The proximity of the orbitozygomatic muscle to the orbicularis oculi muscle suggests that it may have a sphincter function. Nevertheless, it acts together with the zygomaticus major and minor muscles in smiling and in wrinkling the lateral part of the eye. Hwang et al. (2002) considered this muscle bundle as a primate branch that survived evolution, since it is part of a set of muscles not currently found in humans.

The neurovascular structures located deep in their fibers make this an important anatomical reference point in individuals submitted to surgical procedures in this region of the face, and the lack of knowledge about this possible variation can result in injuries and consequent damages to patients [7]. As an example, branches of the facial nerve are located deeply within this variation, so if an individual that, for some reason, were to develop a nerve injury associated with this muscle, the signs associated with nerve injury could possibly be apparent, such as facial paralysis. In addition, the proximity of important vascular structures, such as branches of the angular artery and facial vein demonstrate the high value of this variation.

The description of variations such as the orbitozygomatic muscle in a Brazilian cadaver, therefore, adds to the awareness of the pluralities that exist in the human body when practicing medicine.