The internal carotid artery is the larger terminal branch of common carotid artery. It originates at the level of upper border of the lamina of thyroid cartilage and ascends vertically in the carotid sheath and enters the carotid canal at the base of the skull. In the cranial cavity it passes through the cavernous sinus. After coming out of the cavernous sinus, it divides into anterior and middle cerebral arteries at the base of the brain. It is the major artery of the brain, eye and the internal ear. It has a straight course in the neck. Kink in its course in the neck may result in hindrance in the blood flow to the above regions and can cause serious problems. 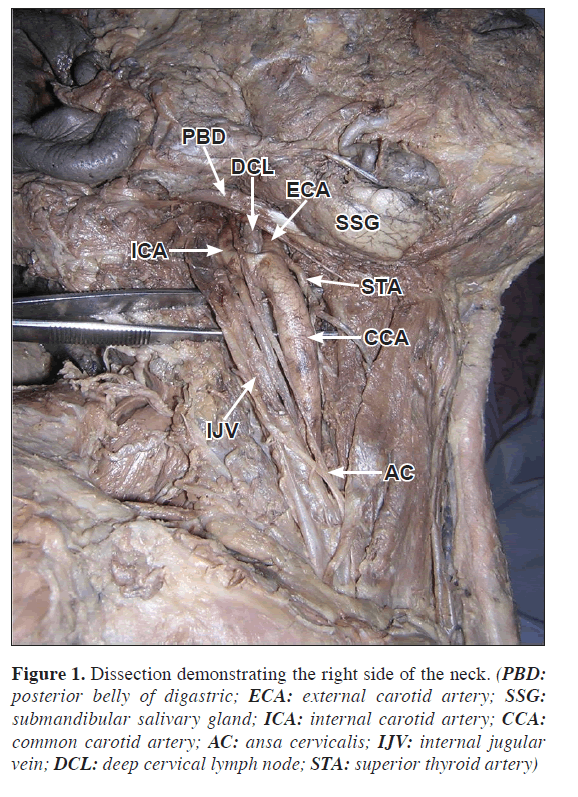 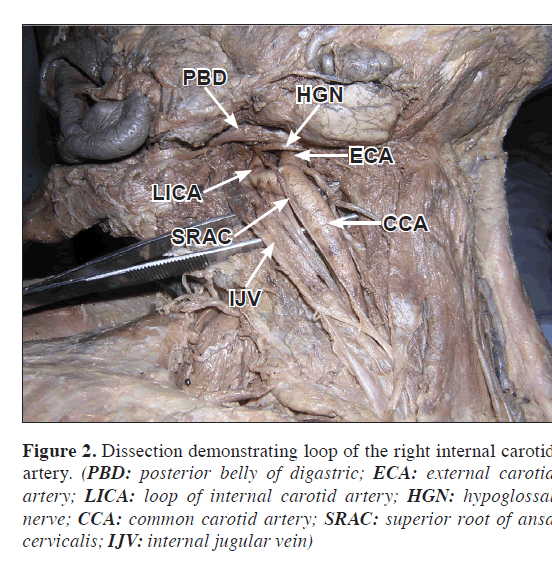 The lymph node that we observed at carotid bifurcation is a “surprise” node for a surgeon as it is not a usual position for a lymph node. The enlarged node must be one of the deep cervical nodes, which has been displaced from its other group members that lie along the internal jugular vein. The loop of carotid artery also resembled a lymph node during early stages of the dissection. The looping of the artery, resemblance of the loop to a node and the presence of a node in the loop are very important for a surgeon who does cervical lymph node removal. The artery might be damaged during this procedure. The loop might mislead or cause confusions to radiologists who do imaging or invasive techniques. This type of loop at the bifurcation might cause problems at old age as the vessel becomes atherosclerotic or degenerative. It might also result in decreased blood supply to the brain.