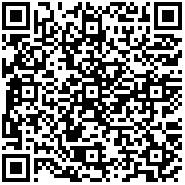 Variations in Vasculatures of Kidney - A Case Report

In duplication of renal artery it is usual for each renal segment to have its own arterial supply. Regarding ureter, most common congenital anomaly is duplication of renal ureter. It is autosomal dominant in inheritance. It is mostly found in females and is often bilateral. There are two types of duplication of ureter- complete and incomplete. In incomplete type, both ureters join together and a single ureteric opening is found.This is called “Yo – Yo ”effect. In complete type,both ureters open separately. a) Weigert- Meyer’s rule: both upper pole and lower pole ureters rotate along their long axis so that upper pole ureter drain medially and caudally than the lower pole ureter. Lower pole ureter opens laterally and have short intravesicle course leading to vesicoureteral reflux(VUR). Lower down in the urinary bladder. In Females, the upper pole ureter is ectopic and obstructed. It drainsmainly into the distal part of the external urethral sphincter and sometimes may be outside the urogenital tract. Classic symptoms isincontinence of urine with normal voiding pattern. In Males, ectopic opening is always proximal to the external urethral sphincter and so incontinence does not occur. Other positions of ectopic ureteric orifices are – Males: prostate or posterior urethra or lateral urinary bladder. Females: Anterior urethra, vestibule or vagina. The intraluminal diameter of ureter is 1.5-2.5 mm and its length is around 30cm.volume of renal pelvis is around 7ml. It is partly intrarenal and partly extrarenal. Urine formed in kidney drain into the collecting system which again drains into the renal pelvis and from there to the urinary bladder via peristaltic movement. Pacemakers for urinary peristalsis is found in the collecting system. Along the course of ureter in the retroperitonium, the ureteric orifice is narrower than normal at the level of renal pelvis, pelvic brim when it is crossing the iliac vessels, in the intravesicle course and inside broad ligament. In patients passing a stone These are common sites of impaction of stone.

A single renal artery arises bilaterally from the lateral portion of the abdominal aorta immediately caudal to the origin of the superior mesenteric artery. The right renal artery passes behind the inferior vena cava (IVC) and is typically posterior and superior to the left and right renal veins. The left renal artery is higher than the right renal artery. In relation to the renal pelvis, the renal artery forms an anterior division and a posterior division. These divisions are most often formed outside the renal hilum. Along the lateral border of the kidney, between the arterial divisions, lies the avascular plane (Brödel’s line), which is located in the axis of the posterior. This avascular plane is not in the exact mid-lateral portion of the kidney, but is located slightly posteriorly. Brödel’s line can be used for avascular access for anatrophic nephrolithotomy and for endophytic tumors. The right renal vein drains directly into the IVC. There are usually no tributaries; rarely, the right gonadal vein may drain into the right renal vein. The left renal vein is approximately two to three times longer than the right renal vein, enters the IVC anterior to the aorta. Left renal vein tributaries include the gonadal vein, adrenal vein, inferior phrenic veins, the first or second lumbar veins, and paravertebral veins in one-third of cases [1]. There are three main types of anatomical variants of renal veins: multiple renal veins, in which are identifable two or more renal veins, either uni or bilaterally; retroaortic left renal vein (RLRV), in which the renal vein has a retro aortic course before entering the inferior vena cava; and circumaortic left renal vein (CLRV), in which there are two or more renal veins forming a ring around the aorta [2]. Different origins of the renal arteries and its frequent variations are explained in various literatures owing to the development of mesonephric arteries. These mesonephric arteries extend from C6 to L3 during the development. Most cranial vessels disappear while the caudal arteries form a network, the rete arteriosum urogenitale that supplies in future the metanephros. The metanephros in future develops into adult kidney deriving its blood supply from the lowest suprarenal artery which gives out a permanent renal artery [3,4]. The term abberent has been applied equally to an additional artery in the renal pedicle, or to a vessel entering the kidney at either pole, whether derived from the main renal artery, from the aorta or from a branch of the aorta [5].

Accessory renal artery usually arises from the aorta above or below the main renal artery. The variation in the number of arteriesis because of persistence of lateral splanchnic arteries or due to the persistence of blood supply from lower level than normal [6]. Daniel Emilio, Dalledone Siqueira and Ana Terezinha Guillaumon (2019) mentioned in their publication that Accessory renal arteries may be present in one or in both kidneys. Most accessory renal arteries supply the inferior pole of the kidney, arising from the suprarenal aorta to iliac arteries [3]. This is as we found in our case.

In any angiographic interventions and urosurgery, inadvertent injury to accessory renal artery as well as ureter can be prevented after getting awarded about this kind of renovascular anomalies.