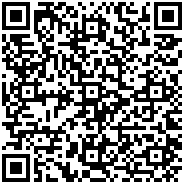 "Anomalies" in thermoelectricity and reality are local thermo-EMFs

Discovered at the contacts of the giant thermoelectric power before, because their magnitude did not fit into the thermoelectric theory, and their reproducibility was low, were attributed to "anomalous." The use of contacts obtained by microelectronics technology, namely, p-n junctions and asymmetric potential barriers, made it possible to obtain high reproducibility of the effects that were identified as thermoelectric. A large series of studies carried out on silicon p-n junctions showed that the EMF arising on the optically and electrically shielded barrier in the initial section is proportional to the magnitude of the heat flux. These thermo- EMFs, commensurate in absolute value with the photo-EMF (without an optical screen at the same p-n junction) but having the opposite sign (on a constant flux) or the opposite phase (at the harmonic one) were described by injection of the main carriers of the hotter p-n junction and were called local thermo-EMF in accordance with the local production of entropy by Ilya Prigogine. The work is aimed at growing artificial structures to create highly efficient thermoelectric converters based on local thermo-EMFs.