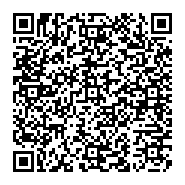 BACKGROUND: The use of plants in traditional medicine has been well documented, and hundreds of plant species and their extracts, are used in developing countries to treat numerous diseases despite the fact that only a small number are approved for therapeutic use by the FDA. However, the cytotoxic effects of these plants have not been studied in detail, nor have their molecular structures been identified.

AIM: This study was to investigate the cytotoxic effects of these medicinal plants using both MTT and Neutral red assays.