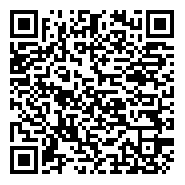 Microplastic's effects on the marine environment

Plastics are synthetic organic polymers made from the polymerization of monomers taken from crude oil or natural gas. Since the invention of the first modern plastic, 'Bakelite,' in 1907, a variety of low-cost manufacturing processes have been perfected, allowing for the mass manufacture of a wide range of lightweight, durable, inert, and corrosion-resistant polymers. These characteristics have led to the widespread usage of plastics in nearly limitless applications. Plastic manufacturing has expanded dramatically since mass production began in the 1940s, with 230 million tonnes of plastic produced globally in 2009, accounting for 8% of global oil output. While the socioeconomic advantages of plastic are numerous, this useful resource has become a growing source of environmental concern. Primarily, the durability of plastic, which makes it such a desirable material to work with, also makes it very resistant to deterioration, making it difficult to dispose of plastic garbage. Exacerbated by the widespread usage of throw-away "user" plastics, the amount of plastic in municipal garbage accounts for 10% of all waste created globally. While some plastic garbage is recycled, the most of it winds up in landfills, where it might take decades for it to degrade. Plastics, which are entering the marine environment as a result of indiscriminate waste, are of special concern. Despite the fact that plastics are a globally recognised contaminant with regulations in place to reduce the amount of plastic trash entering the marine environment, it is estimated that up to 10% of all plastics manufactured end up in the seas, where they can persist and accumulate.