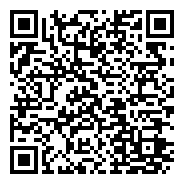 Neurovascular variations are of interest to anatomists, anesthesiologists and surgeons. During routine dissection, multiple neurovascular variations were found in a 65-year-old male cadaver. In the left lower limb, medial circumflex femoral artery arose from the femoral artery; the sural nerve gave a communicating branch to superficial peroneal nerve. In abdomen an accessory hepatic artery supplied the right lobe of liver; the left kidney was drained by double renal veins. Ilioinguinal nerve arose from L2 instead of its normal origin from L1. Hemiazygos and accessory azygos veins formed a continuous venous line in thorax, which drained into the azygos vein by a single vein. In the both upper limbs axillary veins were formed at a higher level than usual with a single venous channel on the left side.