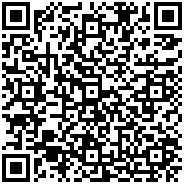 Neurophysiological Findings in Lipofuscinoses of the Neuronal Ceroid

New NCLs (neuronal ceroid lipofuscinoses) are a diverse group of
neurodegenerative illnesses marked by progressive cerebral atrophy
caused by a lysosomal storage abnormality. Epileptic seizures, gradual
cognitive and motor impairment, and vision loss are common
clinical symptoms that occur over varying time periods depending
on the subtype. Many improvements have been made in the field of
targeted treatments in recent years, and gene therapies and enzyme
replacement treatments for numerous NCL variations may be
available in the near future. Because NCLs grow quickly, early
detection is critical, and neurophysiological aspects may play a vital
role in this. Electroencephalogram (EEG) is characterised by a
progressive worsening of brain activity with slowing of background

activity and removal of spindles during sleep throughout the different
subtypes of NCLs. Many NCL variants describe a variety of
heterogeneous abnormalities, both diffuse and localised, that affect
the temporal and occipital areas. A characteristic EEG result is
photoparoxysmal response to low-frequency Intermittent Photic
Stimulation (IPS), which is usually seen in CLN2, CLN5, and CLN6
disorders. Visual Evoked Potentials (VEPs) are used to track visual
functioning, and an Electroretinogram (ERG) with no response
indicates retinal neurodegeneration. EEG, VEPs, and ERG may be
useful techniques in the early detection of NCLs when used
collectively.

4th International Conference on Advances in Brain Disorders and Therapeutics