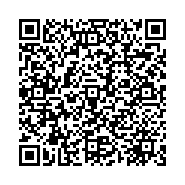 On the Injectivity of an Integral Operator Connected to Riemann Hypothesis

The equivalent formulation of the Riemann Hypothesis (RH) given by Alcantara-Bode (1993) states: RH holds if and only if the integral operator on the Hilbert space L2 (0, 1) having the kernel function defined by the fractional part of (y/x) is injective. This formulation reduced one of the most important unsolved problems in pure mathematics to a problem whose investigation could be made by standard techniques of the applied mathematics.

The method introduced to deal with, is based on a result obtained in this paper: an operator linear, bounded, Hermitian on a separable Hilbert space strict positive definite on a dense family of including subspaces, subspaces on which the sequence of the ratios between the smallest and largest eigenvalues of the operator restrictions on the family is bounded inferior by a strict positive constant, is injective. Using a version of the generic method for integral operators on L2 (0, 1) we proved the injectivity of the integral operator used in the equivalent formulation of the RH.