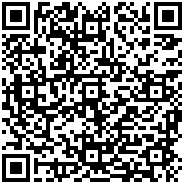 Spinal muscular atrophy (SMA) is an autosomal recessive neuromuscular disease characterized by degeneration of alpha motor neurons in the spinal cord, resulting in progressive proximal muscle weakness and paralysis. Estimated incidence is 1 in 6,000 to 1 in 10,000 live births and carrier frequency of 1/40 - 1/60. This disease is characterized by generalized muscle weakness and atrophy predominating in proximal limb muscles, and phenotype is classified into four grades of severity (SMA I, SMAII, SMAIII, SMA IV) based on age of onset and motor function achieved. This disease is caused by homozygous mutations of the survival motor neuron 1 (SMN1) gene, and the diagnostic test demonstrates in most patients the homozygous deletion of the SMN1 gene, generally showing the absence of SMN1 exon 7. The test achieves up to 95% sensitivity and nearly 100% specificity. Differential diagnosis should be considered with other neuromuscular disorders which are not associated with increased CK manifesting as infantile hypotonia or as limb girdle weakness starting later in life.