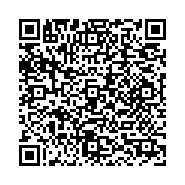 An unusual specimen showing synostosis of left sided first and second ribs was encountered during scanning of bones in anatomy department. The ribs were partially fused in the region of their neck and tubercles, and displayed an osseous tunnel. The tunnel measured 1.2 cm in length and was directed anterolaterally. The shaft of first rib imperceptibly blended with that of the second and resulted in obliteration of first intercostal space. The maximum width of this conjoint shaft was 3.6 cm. Superior surface of the rib specimen was marked by a large muscular impression for scalenus medius muscle. The groove for subclavian artery on the superior surface of first rib was prominent. The anterior end of the second rib and a portion of its shaft were separated from the anterior end of first rib by a V-shaped notch. The radiograph of the specimen confirmed the presence of a tunnel between the fused portions of neck and tubercle. Such skeletal abnormalities may be associated with segmentation defects of bony tissues and variations in the disposition of neurovascular structures, thus rendering them vulnerable to compression at the thoracic outlet. The fused ribs affect the chest wall expansion and may result in respiratory complications. Precise knowledge and awareness of such anomalies is important for clinicians, especially for thoracic surgeons and radiologists.