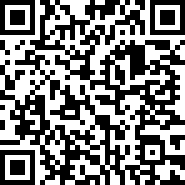 “Occam’s Razor is a scientific and philosophical rule that entities should not be multiplied unnecessarily which is interpreted as requiring that the simplest of competing theories be preferred to the more complex or that explanations of unknown phenomena be sought first in terms of known quantity”. Merriam Webster Dictionary. In other words, Occam’s razor says that, of two explanations that account for all the facts, the simpler one is more likely to be correct.

“The greatest disorder of the intellect is to believe things because one wishes they were so” Louis Pasteur, 1875

Supposing a man finds a watch. Deliberately or by accident the man smashes the watch to smithereens. The watch is reduced to particles. The man bashes the resultant particles with all his might, sets them on fire, drowns them in water, throws them to the wind, throws them into a volcano, launches them into a vacuum, exposes the particles to nuclear radiation and yet not only do these particles not get damaged or destroyed, but the particles come together and create another watch, identical to the destroyed watch! Is it not logical for the man to conclude that these particles made the watch?