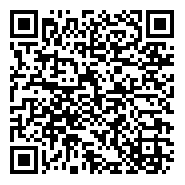 A case of middle turbinate absence

Middle turbinate absence is reported as a rare anatomical variation of the lateral nasal wall. We found a bilateral partial absence with the conchal plate still present. The origin of this variation is unknown; three hypothesis are: agenesis of the middle turbinate, chronic use of topical vasoconstrictor, or cocaine-induced atrophy. Surgical origin is excluded by absence of signs of surgery and by bilaterality of the variation. These observations could help to better understand the complex anatomy of frontal recess and its subunits, such as suprainfundibular plate, frontal sinus drainage pathway, vertical part of uncinate process, bulla ethmoidalis and so on.

Middle nasal turbinate (concha) is one of three or four lateral-to-medial extroflexions of the lateral nasal wall: they are the inferior turbinate, whose bony skeleton is an independent bone, and middle, superior and sometime supreme turbinates, whose bony structures are part of the ethmoid bone. Embryogenesis of the last three turbinates is a process induced by active intramural pneumatization of the lateral nasal wall during fetal life. Middle turbinate constitutes the superior and medial limits of middle nasal meatus, an air space in which maxillary sinus, anterior ethmoid cells, and frontal sinus drain mucus trough mucociliary clearance system. Anatomic variations of the middle turbinate or nearby structures are thought to have a causative role in acute and chronic rhinosinusitis and in their complications. In addition, the middle turbinate represents a crucial anatomical structure in endoscopic sinus surgery.

During the educational year 2012-2013, within anatomical study of nose and paranasal sinuses in the Section of Anatomy and Physiopathology, Department of Clinical and Experimental Sciences, University of Brescia, Italy, we found this bilateral variation of the middle nasal turbinate (Figure 1). The middle turbinate wasn’t completely absent with the presence of the plate that is a common vertical component of both middle and superior turbinate; in addition, a prominence that could represent the rudimental posterior part of the partially absent turbinate, was found below the superior nasal meatus. The superior turbinate wasn’t well developed; it seemed to be mildly hypoplastic in its posterior aspects; the other structures of the lateral nasal wall (e.g. inferior turbinate, uncinate process, bulla ethmoidalis) appeared well developed (Figure 1). Vomer was normally developed, nevertheless, perpendicular plate of ethmoid bone was hypoplastic and there was a subcentimetral septal defect; no septal deviation or septal spur were present (Figure 2). Variations of the lateral nasal wall are very frequent with a very wide range of variations. Nevertheless in literature only few cases of partial or total absence of the middle turbinate are described. Lang and Kley (1981) reported a case of a cadaver with congenital aplasia of the nasal conchae on both sides with hypoplasia of the septum nasi, in which both vomer and perpendicular plate were absent, and they excluded an inflammatory origin of the variant [2]. Lang (1989) described a rudimentary middle nasal concha [3]. Gumusalan (1997) showed a case of hypoplasy of both middle and inferior turbinate on one side, and hypoplasy of the middle turbinate and aplasy of the inferior turbinate on the other side [4]. Aydil and Ozcelik (2010) described the case of a patient with a unilateral agenesis of the middle nasal turbinate that was ipsilateral to septal spur and to endoscopic and radiologic signs of rhinosinusitis; these authors underlined that on coronal CT scan the septal spur substituted the space normally occupied by middle turbinate [5].

In our observation we found neither septal spur nor septal deviation, inferior turbinates were normally developed and there were no signs of surgery in nasal cavities (Figures 1,2). Thereby we suppose that this variant could be due to agenesis, excessive use of topical vasoconstrictors or use of cocaine. The first hypothesis agree with Lang and Kley’s case report (1981), showing the same perpendicular plate defect [2]. Cocaine (or other environmental insufflated factors such a topical vasoconstrictors) could cause atrophy inducing hypoperfusion and so involution of middle turbinate; this hypothesis could be coherent with the partial perpendicular plate atrophy and with the septal defect.

This variant could be useful to improve the comprehension of frontal sinus outflow tract’s anatomy; without resecting any structures, is possible to understand the relationship between middle turbinate and uncinate process and the relationship between bulla ethmoidalis and middle turbinate. In addition, we can understand the topography of the suprainfundibular plate, a bony bundle that correlates uncinate process with bulla ethmoidalis, first described by Kim et al. (2001) [6], and that is a very important anatomical point to find the position of frontal sinus drainage pathway. The outflow tract, in this case, is closed between suprainfundibular and conchal plates, in other cases this is medial to the first one and the space defined by the plates ends blindly. The suprainfundibular plate could be considered one of the multiple insertions of the uncinate process, that hasn’t only one insertion, but actually “is like a palm tree” [7].

This study was supported by University of Brescia Grant.