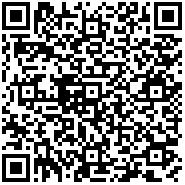 Anatomical Variation before Aortic Surgery in a Patient

A 50-year-old man was admitted as an emergency for acute left-leg ischemia. He was a smoker and had undergone aortobifemoral bypass for atheroma 2 years earlier without re-implantation of the inferior mesenteric artery (IMA). Computed tomography (CT) angiography revealed thrombosis of the left leg of the graft as well as a superior mesenteric artery (SMA) and a common hepato spleno gastric trunk arising from a celiacomesenteric trunk [1-2]. Successful thrombectomy was performed. Twenty-four hours later, he presented an acute abdominal pain with haemodynamic instability and elevated lactate (4 times the normal value) and transaminases (6 N). A new CT scan showed thrombosis of this celiacomesenteric trunk, with a lack of enhancement of the bowel wall after contrast media injection and diffuse peritoneal liquid, indicating mesenteric ischemia. Emergent laparotomy confirmed these radio- logical findings, with an ischemic liver and necrosis of the colon, the ileum and the gall- bladder. Despite an aggressive approach (thrombectomy of the SMA and Hepatic artery, total colectomy, enterectomy of 1 meter, cholecystectomy), the patient died 12 hours later [3].

The celiac trunk commonly arises at the level of twelfth thoracic vertebra and comprises the left gastric artery, the common hepatic artery and the splenic artery. The superior mesenteric artery arises 1 cm below, at the level of L1. In embryonic development, the abdominal visceral arteries arise from the primitive dorsal abdominal aorta through four roots: the left gastric artery, the hepatic artery, the splenic artery and the superior mesenteric artery. These roots are joined together by a longitudinal ventral anastomosis. Normally, a cleft forms in this anastomosis between the third and fourth roots thus isolating the celiac trunk from the superior mesenteric artery. The common celiacomesenteric trunk is a rare variation (0.5%) of the anterior branches of the abdominal aorta. It is usually asymptomatic and may be discovered incidentally during vascular explorations or during cadaver’s dissection.

Rarely, it may cause symptoms including unspecific abdominal pain to real abdominal angina when associated to atherosclerosis. It was classified [4].

It is widely agreed that two visceral arteries are sufficient for digestive functions.3 the absence of the IMA explains the cataclysmic presentation of the thrombosis of the celiacomesenteric trunk in this case. This kind of vascular variation has to be known by surgeons and radiologists because it may change the management of abdominal aneurysms and atherosclerosis, and indicate for example the re-implantation of the IMA during aortobifemoral bypass [5].