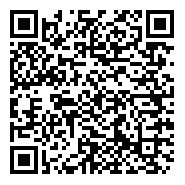 Cardiovascular surgery in the parturient

No obstetric mortality in pregnancy is mostly caused by heart disease, which affects 1%–3% of pregnancies and accounts for 10%–15% of maternal fatalities. Congenital heart disease has grown more common in women of reproductive age, accounting for a growing percentage of heart disease in women (up to 75 percent) during pregnancy. The fetus is also at danger if the mother's heart illness is not managed. A maternal New York Heart Association score is an independent predictor of neonatal problems. Anti-coagulation usage during pregnancy is associated with heart failure classification 2 Smoking, numerous pregnancies, and a blocked left heart Because the parturient cardiac surgical morbidity and mortality is greater than that of no pregnant patients, most parturient with heart illness are treated medically first, with cardiac surgery reserved for when medical treatment fails. The use of vasoactive medications, age, type of surgery, reoperation, and maternal functional class are all risk factors for maternal death following heart surgery. Maternal age of 35 years, functional class, reoperation, emergency surgery, type of myocardial protection, and anoxic duration are all risk factors for fetus death. Nonetheless, acceptable maternal and fetal perioperative death rates can be attained by taking steps like detecting maternal cardiovascular decompensation early in the pregnancy, using fetal monitoring, delivering a healthy fetus before surgery, and scheduling surgery on an elective basis during the second trimester of pregnancy.

Heart disease is the leading cause of no obstetric mother death, accounting for 10%–15% of all pregnancies and 10%–15% of maternal mortality. 1,2 Congenital heart disease (CHD) has grown more common in women of reproductive age, accounting for a growing percentage of heart illness in pregnancy (up to 75 percent). 2 even though maternal heart illness accounts for just 15% of obstetric critical care unit admissions, it is responsible for nearly half of all maternal intensive care unit deaths. The fetus is also in danger if the mother's heart illness is not managed. Several independent predictors of neonatal complications were identified in a prospective study of pregnancy outcomes in women with heart disease, including a maternal New York Heart Association (NYHA) heart failure classification> 2, and a blockage on the left side of the heart Premature birth and/or tiny for gestational age babies occurred in 20% of the participants in this research. Furthermore, pregnant patients have a higher incidence of newborn miscarriage and complications, such as intraventricular hemorrhage and death, than those who do not have heart illness. Because the parturient's cardiac surgical morbidity and mortality are greater than those of nonpregnant patients, most parturients with heart illness are treated medically first, with cardiac surgery reserved for when medical treatment fails. The fetus faces significant risks during maternal heart surgery, with reports of fetal morbidity and death as high as 9% and 30%, respectively. The perioperative care of these complicated, high-risk patients requires a thorough understanding by the practicing anesthesiologist. We go over the most common conditions that affect pregnant women with heart disease and make recommendations for perioperative management of parturients undergoing cardiac surgery.

During pregnancy, the circulatory and pulmonary systems undergo several basic changes that increase oxygen and nutrition supply to the fetus in the womb. When a parturient has a history of heart problems, these physiological changes that occur during pregnancy might lead to cardiac collapse. Increased intravascular volume, Cardiac Output (CO), and heart rate, as well as lower systemic vascular resistance, are examples of maternal alterations (SVR). Furthermore, the physiologic anemia of pregnancy (disproportionate increase in plasma volume compared to red cell mass) and aortocaval compression that occurs after 24 weeks of pregnancy may accentuate these alterations. Furthermore, each uterine contraction causes an autotransfusion of blood, which, when combined with discomfort and anxiety, can raise CO levels by up to 40% above those found in late pregnancy. CO levels rise dramatically after delivery as extracellular fluid is mobilized and venous return is improved due to relief from venocaval compression caused by the larger uterus. As a result of the increased demands on the cardiovascular system, it's not unexpected that the majority of obstetric patients who die of heart illness do so after birth. Finally, pregnancy's hypercoagulable condition can raise the risk of thrombosis in sick or prosthetic valves, as well as dilated, weakly contracting hearts.

Maternal cardiovascular morbidity and death are closely linked to maternal functional status during pregnancy. 7–9 Negative maternal outcomes are predicted by four primary risk factors: 1) a history of transient ischemic attack, stroke, or arrhythmia; 2) a NYHA heart failure classification of three or four before conception; 3) left-heart obstruction (e.g., mitral valve area 2 cm2, aortic valve area 1.5 cm2, peak left outflow gradient 30 mm Hg); and 4) a left ventricular (LV) ejection fraction of less than 40%. 1 Indeed, maternal morbidity and death may be as high as 50% in patients with a NYHA heart failure classification of three or four before pregnancy, and 15%–55 percent of patients will see a decline in functional status throughout pregnancy. Furthermore, as the number of risk variables detected grows, so does the chance of maternal problems. 10 When several risk factors are present, the likelihood of maternal death increases. The risk of problems rises to about 75%. Pulmonary edema, arrhythmias, myocardial infarction, cardiac failure, stroke, and death are all common consequences. Not only must women with known underlying cardiac illness be counseled, but they must also be screened for evidence of cardiac risk factors before pregnancy and for a cardiac disease that arises de novo during pregnancy.

During pregnancy, the effects of common antiarrhythmics During pregnancy, electrical cardioversion is generally considered safe. Important factors include firm paddle application, appropriate sedation, and aspiration prophylaxis. Defibrillation energy requirements are unaltered during pregnancy, and there is no indication that maternal defibrillation harms the unborn heart. If vagal techniques fail to control paroxysmal supraventricular tachycardia, adenosine is the medication of choice. Although esmolol has been linked to fetal bradycardia, cardioselective -blockers may be beneficial. The use of amiodarone is controversial since it has the potential to harm embryonic kidney function. In a patient with significant heart disease, a compromise in venous return by the gravid uterus beyond 20 weeks can lead to maternal cardiac arrest. 29,30 A 15° uterine tilt should be performed promptly, either manually or mechanically.

The leading cause of nonobstetric death in pregnancy is heart disease. Pregnancy should still be considered inappropriate in certain kinds of CHD, and women with complicated heart disease should be closely monitored by both obstetricians and cardiologists. For women with a past stroke or arrhythmia, NYHA heart failure options are necessary, to create an optimal and individualized treatment plan.