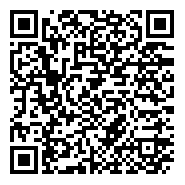 This case report describes the clinical implications of peripheral arterial disease in a patient with a rare variant of the aortic arch branches. The patient was a 68-year old-female with an extensive cardiovascular history including multiple severe peripheral arterial stenoses, systemic and pulmonary hypertension, hyperlipidemia, coronary artery disease, multiple myocardial infarctions, atrial fibrillation, and possible aortic valve disease. The focus of the case report will be how the patient’s anatomical variant played a large role in maintaining cerebral circulation in the presence of significant stenoses of the right vertebral artery, left subclavian artery, and left common carotid artery.

This case report focuses on the clinical implications of an aortic arch variant in the context of a peripheral arterial disease, coronary artery disease, and many other significant non-cardiovascular comorbidities. The variant found in this patient played a prominent role in maintaining cerebral perfusion as her peripheral artery disease progressed in both of her subclavian arteries, left common carotid artery, and right vertebral artery; all of which have an important role in providing continuous blood flow to the brain. This case report also discusses how aortic arch variants develop and the atypical clinical presentations that may arise as a result of the variants.

Our patient was a 68-year-old female who passed away as a result of ischemic cardiomyopathy. She had a cardiovascular medical history that consisted of coronary artery disease, systemic hypertension, pulmonary hypertension, hyperlipidemia, atrial fibrillation, and peripheral vascular disease. In addition to her cardiovascular history, she also suffered from COPD, type II diabetes mellitus, osteoarthritis, and pyelonephritis.

After being diagnosed with peripheral arterial disease (PAD) of her subclavian artery 5 years prior to her death, aortic arch angiography revealed a branching variation that played a significant role in retaining cerebral circulation despite the complete occlusion of the left subclavian artery (LSC), which would normally stop or even reverse blood flow of the left vertebral artery (known as subclavian steal syndrome)[6]. The patient underwent a carotid-subclavian bypass surgery utilizing a Dacron graft to revascularize her left upper limb.

In the subsequent years, she suffered two episodes of myocardial infarction, which lead to global hypokinesis of her left ventricle as seen on echocardiography and ultimately, her passing. In addition, her peripheral vascular disease progressed post-surgery to result in multiple stenoses of the right subclavian artery (RSC), near-complete occlusion of the right vertebral artery (RVA), and severe stenosis of the left common carotid artery (LCC) just proximal to the bifurcation of the left external carotid artery seen by CT angiography in (Figure 1).

Prior to her death the patient registered her body to the Division of Anatomy’s Body Donor Program at The Ohio State University. With her generous gift, we were able to learn and see her rare anatomical variation, which can be seen in (Figure 2). Figure 2) Cadaveric Images of the Type IV Aortic Arch Branching in the Patient.

The patient described in this case report exhibited a type IV aortic arch pattern, which is a combination of the type II “bovine aortic arch” with a common origin of the brachiocephalic trunk and the LCC and the type III variation where the LVA arises directly from the aortic arch between the LCC and LSA. Her branching pattern has to reported to only be in 1-2% of the population and is usually asymptomatic [3,4]. Figure 3) Aortic Arch Branching Types I, II, III, and IV. (A) Type I: Normal branching pattern with the main three branches (BCT, LCC, and LSC) and the LVA arising from the proximal LSC (B) Type II: “Bovine Aortic Arch” with a common origin of the BCT and LCC (C) Type III: LVA arising directly off of the aortic arch (D) Type IV: Combination of Type II and Type III branching patterns with the common origin of the BCT and LCC as well as the LVA arising from the aortic arch. Figure 4) Embryological Origins of the Aortic Arch and Main Branches.

Anatomical variations like the one seen in this patient can go unnoticed for the majority of a patient’s life and are usually diagnosed incidentally [3-5] which was the case in this individual. However, it is important for clinicians to understand the variations that can be seen and the potential implications of the variants that can be seen throughout the human body. Aortic arch variants as this example have been shown to be associated with an increased risk of thoracic aorta dilation and dissection4 as well as increased risk of cerebral aneurysms. However, these variants can lead to unusual presentations and symptoms with the development of other arterial disorders [3-6].

In this patient, the advanced PAD was a likely result of the combination of multiple factors including smoking, diabetes mellitus, hyperlipidemia, and hypertension as all have been known to increase the incidence of PAD7. Her comorbidities led to complete occlusion of the LSC, which required a bypass graft from the LCC. Another stenosis was identified in the LCC distal to the bypass graft near the bifurcation of the internal and external carotid arteries during follow up after the bypass graft procedure. Additionally, multiple stenoses were seen in the RSC as well as severe obstruction of the RVA.

All of these areas of stenosis would have result in decreased cerebral blood flow in addition to impaired flow to both upper extremities. Due to the stenoses of the LCC and RVA, the predominant source of left-sided cerebral circulation was from the LVA while the right internal carotid artery was required to compensate for the diminished flow through the RVA1. Interestingly, the variant origin of the left vertebral artery actually had a beneficial effect in this patient. Had the LVA originated in its normal position off the proximal LSC, the complete occlusion would have cut off its source of circulation while also potentially siphoning additional flow from the cerebral circulation as a result of “subclavian steal syndrome” leading to an even further reduction in blood flow to the brain [1,6]. Due to the variation, the LVA was allowed to function relatively unaffected to preserve the dominant circulation to the left side of the cerebral circulation while the right side was almost completely supplied by the right internal carotid artery.

Early in this patient’s life, this anatomical variation likely had little to no impact on her everyday life [3-5]. As her list of illnesses grew longer, this variation potentially had a positive impact as her PAD progressed due to retained cerebral circulation via the LVA that was unaffected by the patient’s PAD. Had her LVA been in its normal position, the neurological presentation of her PAD would have likely been more prominent as additional sources of cerebral blood flow were pinched off by the atherosclerotic lesions in her LCC and RVA [1,3,6]. This patient case emphasizes the importance of understanding the basic embryology of the cardiovascular system as well as the anatomical variants that can be seen in the general population [2,7].

Support for this project was provided by The Ohio State University, Division of Anatomy Body Donor Program, with special thanks to the generous donors and their loved ones.