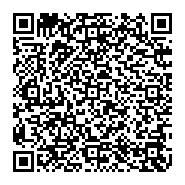 TAO (Buerger's disease) is a non-atherosclerotic segmental inflammatory vascular disease that mostly affects the small and medium-sized arteries of the extremities. TAO pathophysiology is characterized by inflammatory thrombus of the vascular wall, which results in arterial stenosis and occlusion. The recognized risk factors are male sex, smoking, and limb ischemia before the age of 45. Patients have intermittent claudication, resting discomfort, ulceration, tissue loss, and, finally, amputation as stenosis and occlusion worsen. TAO therapy is confined to stringent smoking cessation, medicine, and surgical procedure, which is frequently performed with no viable target artery for bypass. Although endovascular intervention, such as balloon angioplasty (BA) with local vasodilators, has improved lower limb ischemia, there are still significant challenges, such as a high complication rate, inability to pass through the lesion, and a low patency rate when infrapopliteal arteries are involved. TAO's pathogenic traits contribute to a considerable decrease in patency rate following the endovascular intervention. TAO's course was categorized into three stages: acute, subacute (middle), and chronic (end-stage). Patients report characteristic Buerger resting discomfort and ulcerations on the toes or feet during the acute phase. As atherectomy was employed in the coronary and peripheral arteries in recent years, the patency increased noticeably. However, the feasibility and efficacy of excimer laser atherectomy in individuals with acute infrapopliteal TAO are uncertain. Excimer laser treatment, which has been utilized in patients with severe limb ischemia who are unsuited for standard revascularization for 20 years, may be a remedy for infrapopliteal artery occlusions caused mostly by an intraluminal blockage. While laser treatment is thought to be appropriate for endovascular volume reduction in infrapopliteal arteries, there have been few trials to see if it is useful for acute-phase TAO. We undertook this retrospective cohort analysis to address this issue. This was a retrospective analysis of individuals with severe TAO with tibioperoneal artery blockage.

The research included 210 consecutive individuals who satisfied the criteria between January 2012 and September 2021. From January 2017, excimer laser-assisted BA was performed in 52 target limbs. TAO's diagnostic and exclusionary criteria are outlined below. The Ethics Committee of Shanghai Jiaotong University, School of Medicine (Shanghai, China) authorized the study, and informed permission was acquired. Exclusion of other vasculitis or hypercoagulable states by testing for rheumatoid factor and lupus anticoagulants or serologic analyses; onset before the age of 50 years; partial infrapopliteal arterial occlusions; iliac and superficial femoral artery involvement; and either upper limb involvement or phlebitis migrants; and the lack of atherosclerotic risk factors other than smoking (such as hypertension, diabetes mellitus, hyperlipidemia, or cardiovascular disease); and patients willingly chose excimer laser debulking and consented to the publishing of pertinent clinical data. Patients under the age of 18 who refused to participate or were not in the acute phase at the time of admission; patients with other extremity arterial diseases, such as atherosclerosis obliterans and Takayasu's arteritis; patients with at least one of the anterior tibial arteries, posterior tibial arteries, and peroneal arteries that were not affected; and patients with extremity ulcers or tissue loss due to nonarterial causes.

All patients were prepped by clinical recommendations, including the administration of anticoagulants and vasodilators. Anticoagulants and vasodilators were commonly utilised throughout the perioperative period, such as injections of low molecular weight heparin, papaverine, and oral sarpogrelate. Since 2017, patients have been given oral rivaroxaban 10 mg once a day for three months after surgery, as well as clopidogrel 75 mg once a day and sarpogrelate 100 mg once a day for at least six months. CTA was utilized for diagnostic and outpatient follow-up. DSA was used as diagnostic and guide imaging before and during surgery. The artery with the distal output tract of the anterior tibial artery, posterior tibial artery, or peroneal artery was deemed the target artery by DSA. In other situations, IVUS was employed to assess the postoperative acquisition of lumen diameter and artery wall thickness of the operated arteries.

Standard endovascular procedures are used to guide the guidewire through the narrowed or obstructed section to the distal outflow tract. An excimer laser system (CVX300 excimer laser system, Philips, Netherlands) was utilized to treat the target artery from the popliteal artery bifurcation to the ankle. According to the instrument and the lesion characteristics, a 0.9–2.0 mm laser catheter was advanced at a speed of less than 0.5–1 mm/s 2–3 times with the energy (30–60 mg/mm2 )/(25–80 Hz). After obtaining the lumen, BA with 1.5–3.0 mm diameter balloons was conducted in the target artery. 210 TAO patients with infrapopliteal arterial blockage were recruited in this research. Fifty-two of them intended to have 308 nm excimer laserassisted BA in the target tibioperoneal artery, whereas 37 had laserassisted angioplasty successfully (technical success rate 71.15 percent). The patency rate was 100 percent immediately following the intervention and 81.08 percent during a 6-month follow-up. During the follow-up, no major adverse events occurred. The perfusion index (ABI and TASC II classification) of the laser + BA group was substantially higher than that of the BA group. More notably, during the follow-up, the laser+ BA group's Rutherford categorization and reintervention rate were much lower than those of the BA group. Neither autologous vein grafts nor sympathectomy has shown adequate outcomes in the last 70 years. Endovascular treatment has received a lot of attention in recent years. TAO is increasingly being treated using balloon dilatation, drug-coated balloons, local injections of vasodilators, and stent insertion. However, several retrospective investigations have found that while BA is a realistic treatment with a reasonably high technical success rate, the patency rate and reintervention-free rate need to be improved. Previous clinical investigations found that the patency rate of BA was 14.37–60.2 percent throughout the 6–48-month follow-up period, and the reintervention rate was 28.3–62.8 percent.

Furthermore, because infrapopliteal arteries have lower lumen sizes than femoral-popliteal arteries, endovascular debulking is more challenging. With a wavelength of 308 nm, the excimer laser is deemed safe for ablating atherosclerotic plaques and thrombi with fibrosis in the artery lumen. Laser treatment provides benefits for infrapopliteal arterial occlusions. A recent randomized controlled study including 250 patients found that excimer laser coupled debulking with balloon dilation helped patients with infrapopliteal artery blockage. When compared to BA alone, laser + BA had a better rate of free from revascularization and a lower risk of adverse events. An excimer laser was employed in this investigation to ablate occlusion in TAO-affected arteries. Acute thrombotic blockages of medium and small arteries, as well as persistent thrombus formation with intimal hyperplasia, were two of the key pathological alterations in TAO. The former may result in a loss of blood flow to the extremities, while the latter is the source of pathological remodeling of the afflicted arteries. Because an excimer laser may be used to debulk infrapopliteal arteries, laser treatment may be an alternative for fast vascularization in the acute phase and may avoid luminal restenosis in the long run. The use of excimer laser debulking-assisted BA in acute-phase TAO is a novel technique. Our findings suggest that acute TAO therapy may enhance patency rate, provide resting pain alleviation, and speed ulcer healing when compared to BA alone. More research is needed to get long-term evidence on the efficacy of excimer laser therapy in acute-phase TAO.