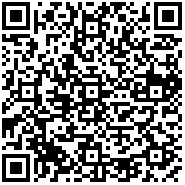 The HIV-1 pandemic is a complicated mix of several diseases inside and between countries and regions around the world, and it is without a doubt the world’s most serious public-health catastrophe. Our understanding of how the virus replicates, manipulates, and hides in an infected individual has improved thanks to research. Despite advances in our understanding of pathophysiology and transmission dynamics, as well as preventative approaches, a cure or protective vaccine remains elusive. In some contexts, antiretroviral therapy has turned AIDS from a lethal disease to a chronic, manageable condition. This transition has yet to be realized in those parts of the world where new HIV-1 infections continue to be disproportionately high, and where morbidity and mortality are increasing at an alarming rate. This seminar will provide an update on HIV-1 epidemiology, pathophysiology, therapy, and prevention strategies.

Globally, an estimated 386 (334–460) million people are infected with HIV1, with about 25 million having previously died. 1 There were 41 million new HIV-1 infections and 28 million AIDS deaths in 2005 alone. The dynamic aspect of this changing pandemic in terms of temporal variations, geographic distribution, volume, viral variety, and mechanism of transmission is obscured by these estimations. This pandemic has now reached every corner of the globe.

Heterosexual transmission continues to be the most common method of infection, accounting for roughly 85 percent of all HIV-1 infections. Southern Africa is still at the heart of the pandemic, with significant rates of new HIV-1 infections. Although overall HIV-1 prevalence in emerging epidemics in China and India remains low, absolute numbers are rapidly approaching those in southern Africa, which is cause for alarm. Outside of Sub-Saharan Africa, injecting drug use accounts for a third of all HIV-1 infections, with the majority (an estimated 88 million) occurring in Eastern Europe and Central and Southeast Asia. The rapid spread of HIV-1 in these places due to injecting drug use is critical because it serves as a bridge to more widespread epidemics.

The growing prevalence of HIV-1 infections in women, which has additional consequences for mother-to-child transmission, is a defining aspect of the epidemic in the current decade. Women currently account for roughly 42% of those infected worldwide, with over 70% of those affected living in Sub-Saharan Africa. Adults under the age of 25 account for a quarter of all new HIV-1 infections. Female adolescent HIV infection rates are three to six times greater than male adolescent infection rates, and this disparity is ascribed to young women’s sexual coupling patterns with older men.

The prevalence of HIV-1 infection in the population, concurrent sexual relationships, partner change, sexual practises, the presence of other sexually transmitted diseases, and population mobility patterns due to economic and other factors (e.g. natural disasters and wars) all increase the risk of HIV1 acquisition. New evidence supports the existence of robust correlations between the likelihood of sexually transmitted HIV-1 infection and episodic recreational drug or alcohol use.

Despite the fact that Sub-Saharan Africa continues to face a disproportionate burden of HIV-1 infections, an increasing number of countries are reporting prevalence stabilisation or reductions (eg, Zambia, Tanzania, Kenya, Ghana, Rwanda, Burkina Faso, and Zimbabwe). There is some evidence that these reductions can be attributed to beneficial modifications in sexual behaviour, such as delaying sexual debuts, reducing casual relationships, and using condoms more consistently in casual relationships. When evaluating these results, however, keep in mind the rising morbidity and mortality rates associated with a growing HIV-1 epidemic. The death of a few high-risk persons who are critical to transmission chains, for example, might have a significant impact on sexual networks and result in significant reductions in infection rates. Furthermore, because most HIV-1 estimates are based on antenatal population surveys, rising illness and mortality may induce a decline in the number of women in this group, resulting in underestimation of the true incidence in these countries.