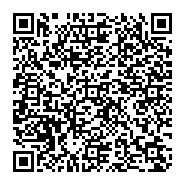 Histopathological evaluation of a tissue fragment obtained in conjunctivo-mullerectomy surgery

INTRODUCTION: To evaluate striated skeletal muscle fibers (upper eyelid levator muscle) in specimens taken from conjunctivo-mullerectomy surgery and correlate the surgical response of elevation greater than 2 mm in this surgery.

CASE PRESENTATION: Histopathological analysis of 20 excised conjunctivo-mullerectomy fragments for treating involutional ptosis of any magnitude with a 10% positive and satisfactory phenylephrine test to check for skeletal muscle fibers.

RESULTS: All analyzed tissue samples only had conjunctiva and smooth muscle tissue. We attest to the absence of striated muscle fibers in these samples.

Minimal eyelid ptosis is characterized by the upper eyelid drooping up to 4 mm below the upper portion of the scleral limbus [1]. In some cases this dysfunction occurs due to the inefficiency of Muller’s muscle (superior tarsal muscle), which is one of the muscles which assists in correct eyelid positioning [1].

Upper eyelid rising is primarily performed by the action of three muscles, with the main one being the upper eyelid levator striated muscle, with parasympathetic innervation. In addition, there are secondary muscles that aid in proper eyelid positioning, which is the superior tarsal, also called Muller’s muscle, and the frontal muscle [1]. It is possible to verify the function of Muller’s muscle during the examination of a patient’s ptosis through the 10% phenylephrine test [1]. Muller’s muscle is a smooth muscle with involuntary sympathetic innervation capable of elevating the eyelid by approximately 2 mm to 3 mm [2-4].

Conjunctivo-mullerectomy surgery was originally described by Fasanella and Servat and later modified by Putterman and Urist and is formally indicated for correcting mild or minimal upper eyelid ptosis in patients who have a positive response to the 10% phenylephrine test [1]. Raising the eyelid is theoretically achieved by vertically shortening the posterior lamella, i.e. application or advancement of Muller’s muscle and the eyelid conjunctiva [1].

However, clinical practice shows encouraging results after conjunctivo-mullerectomy for patients with ptosis who respond to the phenylephrine test, even if this ptosis is larger than 2 mm, or even in some patients with congenital ptosis, which would not have been formally indicated for this type of surgical technique [5]. The purpose of this study is to evaluate the tissue fragment obtained in conjunctivo-mullerectomy surgery through histopathological analysis to check if there are striated muscle Upper Eyelid Levator Muscle (UELM) fibers that could explain surgical elevations greater than 2 mm, which is the maximum possible elevation of the Muller’s muscle (smooth muscle), according to the literature.

Approval for the study was obtained from the hospital´s Ethical Committee (CAAE: 35818820.5.0000.5479) and followed the tenets of the Declaration of Helsinki.

Twenty (20) excised fragments from 12 patients (6 women and 6 men), 8 with bilateral ptosis and 4 with unilateral ptosis, who underwent conjunctivo-mullerectomy surgery from March 2017 to February 2019, were analyzed by the same pathologist. The excised sample was fixed in 10% neutral buffered formalin to look for striated muscle fibers (UELM) in addition to the expected conjunctiva and smooth muscle (Muller’s muscle). Formalin-fixed and paraffin-embedded tissue sections were stained with Hematoxylin-Eosin (H & E). A BX46 Olympus microscope of 0.55 mm in diameter was used for tissue analysis. H &E stained sections were cut to 4μm sizes. A total of 3 sections per case were analyzed.

All samples were obtained from patients and submitted to conjunctivo-mullerectomy, who had any acquired eyelid ptosis of any magnitude, provided they had a favorable response to the propaedeutic test using 10% phenylephrine eye drops. All patients showed satisfaction and agreement when observing their image in a mirror after the referred propaedeutic test. Regarding exclusion criteria, patients with any other eyelid changes such as tumor lesions, entropion, ectropion, and paralysis (except dermatochalasis) were excluded. All patients underwent conjunctivo-mullerectomy surgery with 8 mm to 10 mm conjunctival removal, and these patients also underwent upper blepharoplasty surgery associated with conjunctivo-mullerectomy when there was associated dermatochalasis. All surgeries were performed by the same surgeon and the same surgical technique. No patient needed to be reoperated on due to insufficient eyelid height.

Through our pathological analysis, we verified that 100% of the obtained tissue samples only had conjunctiva and the presence of smooth muscle tissue (Muller’s muscle) without any particularities (Figure 1). We attest to the absence of possible striated muscle fibres (UELM) in these samples obtained from our patients.

Blepharoptosis is a common source of visual and functional impairment. Conjunctivo-mullerectomy was first described by Putterman and Urist in 1975, and since then other authors have reported surgical techniques and additional mechanisms to shorten the posterior lamella and consequently raise the eyelid [1,6]. Treatment of eyelid ptosis is one of the greatest challenges of oculoplastic surgery because it results in low predictable surgical results. The conjunctivo-mullerectomy technique has an advantage of greater predictability in eyelid height in the postoperative period of ptosis of up to 2 mm, according to its pre-established surgical schedule and the 10% phenylephrine test.

However, in the present study, it was observed that the technique presents satisfactory results even for ptosis greater than 2 mm, provided that there is a good response to the phenylephrine test since none of the patients needed to be reoperated.

If Muller’s muscle is responsible for only 2 mm rising, it is hypothesized that other structures such as UELM may also be removed in this technique. However, none of our samples identified UELM striated muscle fibres, i.e. there was no shortening of UELM in these results.

A compelling theory about the efficiency of conjunctivo-mullerectomy was suggested by Dresner, who proposed that posterior lamella excision had the additional effect of aponeurosis plication of the posterior upper eyelid levator muscle [5,6].

In a more recent study, Marcet, et al. performed the conjunctivo-mullerectomy procedure on one of the 8 cadavers’ upper eyelids using the contralateral upper eyelid as a control [7]. The orbitals were then bilaterally exenterated and histopathological analysis was performed. It was observed that the upper eyelid levator muscle aponeurosis is plicated on the upper eyelids of the patients undergoing the surgery in question. The authors concluded that blepharoptosis was relieved by posterior lamella shortening and internal advancement of upper eyelid levator muscle aponeurosis [7].

These theories could explain why there was a surgical success with conjunctivo-mullerectomy even in patients with ptosis greater than 2 mm; a result achieved in the patient population of the present study. UELM may have been closer to the superior tarsal plate.

Maheshwari concluded that patients presenting ptosis with good response to the phenylephrine test associated or not to good UELM function also had a satisfactory surgical result [5]. In contrast, for patients with good response to phenylephrine test, good Miller function, but poor UELM function (less than 5 mm), the surgery technique proposed should involve resection of the tissue above Whitnall’s ligament, to assure UELM plication to the tarsal plate and satisfactory correction [5].

In our clinical practice, we experienced substantial results performing traditional conjunctivo-mullerectomy with muscle resection below Whitnall’s ligament (between 8 mm-10 mm) in patients treated for ptosis with positive response to the phenylephrine instillation and poor UELM function. Histopathological analysis from excised tissue presented only smooth muscle samples, confirming the absence of striated muscle. Therefore, we suppose that even in these cases, the mechanism of UELM plication to the tarsal plate may occur as well, resulting in upper eyelid elevation and clinical improvement.

On the other hand, in one single study in the literature, by Kakizaki, et al., the upper eyelid levator muscle is formed by 2 lamellae, with the anterior one being composed of striated musculature and the posterior one by smooth muscle [8]. Our samples identified only smooth muscle and could be from Muller’s muscle as well as this posterior lamella from levator muscle. Thus, the success of conjunctivo-mullerectomy in any magnitude of involutional ptosis responsive to the 10% phenylephrine test can be explained by removing the posterior lamella of the upper eyelid levator muscle, in addition to Muller’s muscle.

Further studies need to be performed until the efficiency of conjunctivo-mullerectomy for involutional ptosis of any magnitude responsive to the 10% phenylephrine test is proven.

The efficiency of conjunctivo-mullerectomy for treating involutional ptosis responsive to phenylephrine of any magnitude is not solely justified by Muller’s plication. It may be due to the UELM closeness to the upper tarsal plate when performing plication of the conjunctiva and Muller’s muscle, or by removing part of the posterior lamella from the UELM.