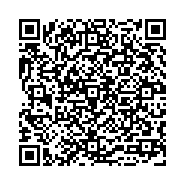 Introduction: Metopic suture is a dentate type of suture extending from the nasion to the bregma of the skull bone.It is otherwise known as median frontal suture. The metopic suture normally closes at the age of 8 years sometime even after 8 years it persists due to non- union of two halve of frontal bones.The incidence of metopism varies with race.Hence the present study was undertaken.

Aim of the Study: To find out the incidence of metopism in South Indian population.

Results: In the present study the incidence of metopism was 5.71% in South Indian population.

Conclusion: The knowledge of metopic suture is significant for radiologist (which is usually mistaken as cranial fracture), neurosurgeons, forensic medicine and anthropologist.

Frontal bone is a pneumatic single flat bone of the calvaria. It has a two parts, squamous part involved in the formation of forehead whereas orbital part forming the roof of the orbit [1]. The median suture between the two halves of frontal bone usually closes in the first postnatal year but may persist as the metopic suture in some individuals and various ethnic groups [2]. It is located anterior to the coronal suture.

It develops by the union of two halves of frontal bone. Each half of frontal bone ossifies from one primary centre in the membrane at the frontal tuber by 8th week of intrauterine life. Ossification extends from this centre in different directions superiorly, posteriorly and inferiorly. The suture between the frontal bone is known as metopic suture, dentate type of suture. The fusion of suture during ossification proceeds from the bregma towards the nasion [3]. The term metopic is a greek word means “in the middle of face” [4]. At birth both the halves of frontal bone united by the metopic suture, which is completely replaced by bone at the age of 2 years. Remnants of this suture may persist at the glabella [1].

Sutures play an important role in the growth of brain and also for normal growth of the skull [5]. Persistence of metopic suture may not be pathological, but its anatomy and incidence are important from clinical point of view. Metopism is also significant for paleodemography and in forensic medicine [6].

Incomplete metopic suture: Extends for a short distance either from the nasion or from bregma.

Based on the shape, Nasion Incomplete metopic suture type is described as linear type, V- shape and U- shape. The sutures of the skull ensure its proper shape during development. Premature ossification results in abnormal growth and shape of the skull e.g. “tower skull” (midface hypoplasia and ocular proptosis) scaphocephaly (also known as dolichocephaly) is the most common form of craniosynostosis [13-18]. It is often associated with agenesis or hypoplasia of frontal sinus [19,20]. Many researchers are of the opinion metopism has genetic influence [12] Consideration should be given at the level of molecular biology.

The knowledge about metopic suture is essential for the neurosurgeons, radiologists and anthropologists. The present study provides the data about incidence of metopic suture in South Indian population which helps the radiologist to differentiate between vertical frontal bone fracture and metopic suture and neurosurgeons to treat a head injury patient and during frontal craniotomy procedure. Further study should be carried at molecular level by embryologist to know the etiology for metopism.