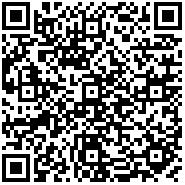 The thyroid gland and branches from the subclavian and external carotid arteries are individually subject to a fair degree of anatomical variation. Some of these variants are relatively common, occurring in 10-20% of individuals while others are extremely rare. Recognizing the possible occurrence of such variants is important in surgical procedures as a significant number of malpractice cases appear to result from failure to recognize common anatomical variants. Herein, we describe the presence of numerous anatomical variants involving the thyroid gland and cervical vasculature in the neck of a 76-year-old female cadaver. We found bilateral variants of the vertebral artery, multiple variants of the thyroid vasculature and a pyramidal lobe replete with skeletal muscle. The co-occurrence of these variants results in an extremely rare anatomical pattern in the neck.

While not explicitly stated, it is understood that the majority of gross anatomy textbooks and atlases demonstrate the most common or mode of anatomical patterns. There is however extensive literature documenting thousands of common anatomical variations [1]. While both frequently occurring and rare anatomical variants are of general interest to anatomists, many variants have clinical significance [2]. However, even the rarest anatomical variant can be clinically significant if not anticipated during a medical procedure. Furthermore, damage to variant blood vessels or nerves may put structures they support (muscles, organs) at risk of infarct or denervation.

The anterior triangle of the neck and the region deep to the sternocleidomastoid muscle are anatomically very complex and include a rich collection of neurovasculature, musculoskeletal elements and viscera [3]. The neck is also a common site of surgical intervention. The anterior neck is approached in carotid endarterectomy, anterior cervical discectomies and fusions, thyroidectomy, tracheostomy and cricothyrotomy. The area under the sternocleidomastoid is exposed in radical neck dissections for removal of diseased lymph nodes. Accordingly, a detailed understanding of the anatomy of these regions is essential for the surgeon.

Anatomical variations involving the thyroid gland are relatively common. The most frequent variant is the presence of a pyramidal lobe, which occurs in approximately 20% of individuals [4,5]. The arterial support of the thyroid gland is less variable. The most common arterial variant is the thyroid ima artery which is found in only 4-10% of subjects [1]. When present, the thyroid ima artery (as the name indicates) arises from below and proximal to the inferior thyroid artery, most commonly from the right brachiocephalic artery or arch of the aorta. The thyroid ima ascends along the anterior aspect of the trachea to supply the isthmus of the gland and anastomose with other thyroid vessels. When present, the thyroid ima is at risk during a tracheostomy [6]. Less frequently (<5% of subjects) the inferior thyroid artery is absent or there is variation in the origin or branching of thyroid arteries [1,7,8]. While there are numerous reports of these variations occurring individually, there appear to be no reports on their co-occurrence.

In this report, we describe the dissection and microscopic examination of a subject with numerous anatomical variants in their neck. Specifically, we identified variation in the structure, arterial support and venous drainage of the thyroid gland, ectopic parathyroid tissue and aberrant origins and course of the vertebral arteries. We provide estimates of the co-occurrence of these variations and clinical significance.

During routine dissection of the anterior neck of a 76-year-old female (cause of death listed as cardiac arrest, respiratory failure and chronic obstructive pulmonary disease) at the Lake Erie College of Osteopathic Medicine, numerous anatomical variations were identified and studied.

The thyroid gland appeared of normal size and location. A pyramidal lobe was identified arising from the thyroid isthmus. The pyramidal lobe was situated superficial to the cricoid and thyroid cartilages and coursed deep to the hyoid bone. The pyramidal lobe was supplied exclusively by branches from the left superior thyroid artery. The lobe perforated the deep surface of the hyoid bone and had a slip of skeletal muscle along its anterior surface (levatorglandulaethyroidae). A thin branch from the right ansa cervicalis was traced into the muscle. This subject had two different slips of a levatorglandulaethyroidae: hyopyramidalis and hyoglandularis muscles (Figure 1) [1]. Figure 1: Co-occurrence of anatomical variants in the anterior neck. Shown in A is an anterior view of the specimen. Closer views of select regions are shown in B-E. The pyramidal lobe is indicated by the two black arrows (B). A red wireis shown between the pyramidal lobe and the thyroid cartilage; a yellow wire is shown between the lobe and a slip of skeletal muscle (B). This muscle isinnervated by a thin branch from the ansa cervicalis (yellow arrowhead). A thyroid ima artery branchesfrom the left vertebral artery (red arrowhead). An ectopic parathyroid gland is indicated by the blue arrowhead. Figure C shows the vertebral column and prevertebral muscles (longus colli, LC). The facet joint between the atlas and axis is marked by the white asterisk. The transverse processes ismarked with pins; the yellow pin marks the process of C4. The vertebral arteries (empty arrowheads) enterthe transverse foramina at C4. A stellate ganglion (S) and accessory vertebral artery (white arrowhead) are seen at the C7 transverse foramen. In figure D, the right superior thyroid artery and its branches are indicated by green arrowheads. The right recurrent laryngeal nerve is indicated by a magenta arrowhead. Figure E shows the left superior thyroid artery (cyan arrowhead). The thyroid ima artery (red arrowhead) branches from the left vertebral artery. The left recurrent laryngeal nerve is indicated by a magenta arrowhead. Abbreviations: AA – aortic arch, B - brachiocephalic artery, C - common carotid artery, LC - longus colli muscle, S - stellate ganglion, Su – subclavian artery, T - thyroid gland, TH -thyrohyoid muscle, Tr - trachea, V - vertebral artery.

About 6 cm from the origin of the left vertebral artery, a thyroid ima artery arose and was followed directly to the thyroid isthmus. On the left side, the vertebral vein was traced into the transverse foramen at CV7 along with a prominent vertebral nerve (plexus) and a small vertebral artery that arose from the costocervical trunk. Additionally, there were three inferior thyroid veins draining the gland that all joined the left brachiocephalic trunk (Figure 1).

Histological examination of H&E stained, parasagittal sections of the pyramidal lobe revealed myriad thyroid follicles embedded in dense irregular connective tissue and multiple longitudinal bands of skeletal muscle (Figure 2). The anterior neck and mediastinum included many small round/ oval bodies. Microscopic examination revealed these to be either ectopic parathyroid tissue (Figures 1 and 2) or lymphatic tissue (on the aortic arch). A summary figure of the anatomical variations identified in this case report is provided in (Figure 3). In our dissection, we encountered a number of anatomical variations. Some of these appear many times in the literature while we were unable to find any reports for others. Based on the known incidence of most of the vascular variations found in this subject, the simultaneous occurrence of these variations appearsto comprise a unique anatomical pattern. Specifically, the thyroid ima artery is present in only 4-10% of subjects [1]. The literature indicates that the left vertebral artery arises from the aortic arch in only ~3% of people [9] and the right vertebral arises from a trifucated brachiocephalic artery in only ~1% of subjects [10]. Of particular note, our survey of the literature failed to find any reports of the thyroid ima artery arising from a left vertebral artery that branched from the aortic arch. While the vertebral arteries most commonly enter the transverse foramen at CV6 [3], they enter this foramen as high as CV4 in only 1% of subjects [11]. The subject of this case study had bilateral vertebral arteries entering the transverse foramen at CV4. It is important to note that the vertebral arteries and their variants are at particular risk of iatrogenic injury during anterior cervical discectomies and fusions [10]. Further, we propose that the large caliber and tortuosity of the vertebral arteries in this subject would put these vessels in further danger during procedures involving the cervical spine. The subject in this case report did not have an inferior thyroid artery on either side of their neck. The literature indicates that the inferior thyroid artery is unilaterally absent in only about 3% of subjects [8]. We rationalize that bilateral absence of the inferior thyroid artery would occur in less than 1% of subjects.

Our search of the literature was unable to uncover a percentage occurrence for an accessory vertebral artery derived from the costocervical trunk or thyroid ima arising from the left vertebral artery. Nonetheless, based on the literature and figures we have provided above, we conservatively estimate the co-occurrence of all of the variations found in this subject to be approximately 1 in 40 trillion. While extremely rare, it is important to document such unique cases in the literature. Because of the numerous vascular variants in this subject, we believe these issues arise from abnormal vascular signaling and growth during the embryonic period. We believe that this subject illustrates two important lessons in anatomical variants. First, even when there are significant developmental variations in vascular patterns, the body still manages to develop adequate vascular support of tissue and organs. Second, when one anatomical variant is present, the individual is more likely to have additional anatomical variations.

Based on our observations, we conclude that the presence of a single anatomical variant should raise suspicion for additional variants and further, that multiple variations may result in unique structural patterns leading to increased susceptibility and iatrogenic injuries.

The authors would like to thank the donor and her family for their generous contribution to medical education.