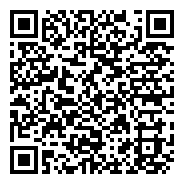 Osteochondroma of the Skull: A Case Report

Osteochondromas comprise a significant portion of bony tumors and occur most frequently in the metaphyses of long bones, specifically the femur (30%), tibia (15-20%) and humerus (10-20%). While typically benign, they are of clinical importance as they can impinge surrounding structures such as nerves, ligaments, or blood vessels. We report here a novel case of a cranial osteochondroma found during cadaveric dissection in a graduate anatomy course in the Department of Physical Therapy, to our knowledge the first published example of an osteochondroma located on the external skull.

Osteochondromas are benign cartilage-capped bony tumors projecting from the external surface of a bone containing a marrow cavity continuous with the underlying bone [1]. These tumorous growths progress slowly and rarely undergo malignant transformation; however they can impinge local structures such as nerves, blood vessels or tendons, and occasionally raise cosmetic concerns [2].

Osteochondromas constitute 10-15% of all bone tumors and 20-50% of benign bone tumors, thus representing the most common type of bone tumor [3,4]. Osteochondromas occur in 1-2% of individuals undergoing extensive radiographic evaluation [4], however true prevalence in the general population is potentially underestimated given the incidental discovery of many of these lesions. 85% of osteochondroma cases are isolated and nonhereditary, with the remaining 15% presenting as multiple lesions in the syndrome hereditary multiple exostoses (HME), which shows a strong autosomal dominant inheritance pattern [5,6]. HME is characterized by mutations in the genes exostosin-1 and exostosin-2 (EXT1, EXT2), located on chromosomes 8 and 11, respectively [7,8]. Mutations in one of these two genes are linked to 70- 95% of individuals with HME [9]. These genes act as tumor suppressors and are associated with heparansulfate biosynthesis, alterations that lead to improper bone signaling and growth characterized in HME [8,10].

Osteochondromas are true neoplasms that result from endochondral ossification during skeletal development, typically at the metaphyseal regions of the long bones. Persistent growth of the lesion result in a subperiosteal osseous excrescence with a cartilage cap that projects from the bone surface. The osseous protuberance of an osteochondroma, be it sessile or pedunculated, is continuous with the underlying bone cortex and marrow cavity [4]. Malignant transformation, the most feared sequelae of the osteochondroma, occurs in approximately 1% of solitary lesions and 3%-5% in patients with HME [4].

The long bones of the lower extremity, especially the proximal and distal femur and the proximal tibia [1], are more frequently affected than those of the upper extremity by a ratio of 2 to 1 [4]. Their incidence in the carpals, tarsals, pelvis, scapula, or spine is low (Table 1). The skull has 17 named epiphyseal growth plates, termed sutures, allowing the facial and cranial bones to accommodate growth throughout normal child development. Despite multitude of growth plates within the skull, cranial osteochondromas are extremely rare in the published literature [11].

A female, Caucasian cadaver, with unknown cause of death, was obtained by Samford University for cadaveric dissection. Upon postmortem examination she exhibited no significant surgical history and presented with average height and weight. During the dissection of the superficial back and neck anatomy, a palpable nodule was detected on the occipital bone. Dissection of this nodule was initiated during the removal of the scalp with the cadaver in the prone position. Midline and coronal cuts were made through the entire thickness of the scalp with a scalpel, reaching the bone of the calvaria. Forceps were used to grasp the corners of the cut scalp, while a chisel was inserted between the scalp and calvaria in order to loosen the scalp and then the scalp was pulled inferiorly to expose the occipital belly of the occipitofrontalis muscle. A chisel was used to detach the occipital belly of the occipitofrontalis muscle from the occipital bone. This revealed a bony projection localized to the external surface of the occipital bone, appearing not to compromise intracranial or extracranial contents (Figure 1). A scalpel was then used to scrap the occipital bone of any remaining muscle fibers. The calculated measurement of this bony projection was approximately 2cm x 1cm x 1cm (Figure 1). Figure 2) Histological examination. Shown in A and B are H&E stained sections showing hyaline cartilage (purple) and bone (pink).

Osteochrondromas are generally asymptomatic unless they interfere with surrounding structures. The most common complications include biomechanical effects, vascular compromise, and neurological sequelae [4]. The few intracranial osteochondroma cases reported in the literature have been discovered only secondary to development of neurologic symptoms, including headaches, diplopia, vision loss, seizures, dizziness, speech disorders, behavioral changes and muscle weakness. [3,11,12,14-18]. Without such neurologic symptoms, these osteochondromas may not have been discovered, thus, the true prevalence may be much higher. Although extremely rare, osteochondromas should be included in the differential diagnoses of cranial tumors as they have the capacity to compromise neurologic function [18].

Most osteochondromas typically present as nontender painless exophytic masses [4]. This gives rise to a cosmetic deformity, which is often the cause for surgical resection. Often, they are found incidentally through imaging for an unrelated reason [4], thus, the true incidence in the general population may be higher than that reported in the literature. Due to the location of the cranial osteochrondroma on the external surface of the occipital bone in this case, we suspect this osteochrondroma likely did not affect the muscular, nervous, or vascular systems, but may potentially have had esthetic concerns.

Osteochondromas are the most common benign bone tumors but are extremely rare in the cranium. While osteochondromas rarely become malignant and are typically asymptomatic, they should be included in differential diagnoses of cranial tumors. The case reported here is, to our knowledge, the first reported instance of an osteochondroma of the external cranium in the literature.

The authors would like to thank the Pathology Core Research Laboratory and the Department of Pathology at the University of Alabama at Birmingham for assistance with histological analysis.