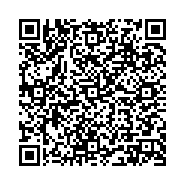 The rectus thoracis muscle is an often forgotten but rare muscular variation of the anterior thoracic wall. This muscle variant appears in about 8% of the population and is a result of embryological variation. The muscle variant appears to have no apparent physiological activity except for possible proprioception and respiration functions. The lack of physiological activity can alter electrocardiogram readings. Increased awareness and thorough knowledge of anatomical variants with clinical significance is imperative to minimizing risks of surgical complications. This report displays the finding of the rectus thoracis muscle on the right pectoral region in a 78-year-old male cadaver. In addition to the embryological reasoning, the presence of rectus thoracis has a tendency to cause clinical misinterpretation of mammogram and electrocardiogram readings. Myocardial infarctions can cause trigger points to develop within the rectus thoracis, which can manifest into longstanding chest pain.

The rectus thoracis muscle, frequently called the sternalis or rectus sternalis is an anatomical variant of the anterior thoracic wall that is well documented and familiar to anatomists but quite unknown among clinicians and radiologists. The muscle lies superficial and perpendicular to the pectoralis major and parallel to the sternum. Although the origin and insertion of the muscle variant has not been agreed upon, the sternalis most commonly arises from the upper sternum and the infraclavicular region, and can display variable insertion points such as the pectoral fascia, lower ribs, costal cartilages, rectus abdominis muscle sheath or the abdominal external oblique aponeurosis [1]. The rectus thoracis/sternalis muscle has been found in varying incidence and it has major implications in breast and thoracic surgery. When undetected before surgery it can interfere with procedures, leading to longer operative times. Detection of the sternalis preoperatively is beneficial because it can be used as a muscular flap in reconstructive surgery and improves aesthetic results in breast augmentation by providing extra coverage for the prosthesis [2]. Chest pain from myofascial trigger points that develop within the sternalis can be treated with trigger point injections, and dry needling techniques [3]. The finding of sternalis is being reported to improve the existing knowledge of the clinical and embryological significance of the rectus thoracis muscle.

During routine dissection of the pectoral region in a 78-year-old Caucasian male cadaver in the anatomy laboratory at Marian University College of Osteopathic Medicine, the rectus thoracis muscle was found in the right pectoral region and was located between the superficial fascia and the pectoral fascia. The muscle was composed of vertically oriented fibers that coursed superficial to the fibers of the pectoralis major muscle. The proximal attachment of rectus thoracis was the right border and the anterior surface of manubrium and sternum. The distal attachment was the 5th-7th costal cartilages (Figure 1). Although the sternalis muscle was closely related to the attachments of pectoralis major, their muscle fibers were distinctly separate. There was no distinct nerve supplying the sternalis muscle. Instead, multiple smaller branches of the pectoral nerves innervated the deep surface of the rectus thoracis. No additional muscle was found in the left pectoral region. The other pectoral muscles retained their normal anatomy. The nerve supply of the sternalis muscle is still unclear, but possible variations in innervation may be attributed to embryological development. The rectus sternalis is part of a ventral, longitudinal column of muscles which arise at the ventral tips of the hypomere [4]. The muscle might represent a thoracic continuation of rectus abdominis muscle. Embryology provides an explanation for the correlation between these two muscles because both the rectus thoracis and abdominis muscles arise from the myotomes of the corresponding somites [5]. It has been hypothesized that the sternalis is an embryological derivative of the pectoralis major or the remains of the panniculus carnosus. Theories state that the sternalis may be innervated by pectoral nerves or the cutaneous branches of the anterior intercostal nerves. If derived from the separated fibers of the pectoralis major muscle, its innervation would be via the pectoral nerves. The sternalis may alternately represent the remains of the panniculus carnosus, which is supported by its position, as it exists superficial to the pectoral fascia and has a nerve supply from anterior cutaneous branches of intercostal nerves [4].

Cadaveric studies have shown the equal presence of this muscle in approximately 5%-8% of both males and females, although anatomists propose that women are more likely than men to demonstrate the presence of the sternalis muscle both unilaterally and bilaterally (8.7% of females, compared with 6.4% of males). It appears to have little functional significance, except when it enlarges to compensate for the absence of the pectoralis major. When the sternalis accompanies partial or complete congenital absence of the pectoralis major muscle, it may achieve significant size [6]. Although the rectus thoracis is reported to have little functional significance, possible functions include proprioception and respiration [7].

A rectus thoracis muscle should have the following characteristics, irrespective of length and thickness: 1. Location between the superficial fascia of the anterior thoracic region and the pectoral fascia; 2. Origin from the sternum or infraclavicular region; 3. Insertion onto the lower ribs, costal cartilages, aponeurosis of the external oblique abdominis muscle or the sheath of rectus abdominis; 4. Innervation by the anterior thoracic (pectoral) and/or intercostal nerves. The classification scheme for the rectus thoracis outlines eight different morphologies of this anatomical variant [8]. The muscle detailed in this case report is classified as type I1, lying superficial and perpendicular to the pectoralis major, and parallel to the sternum.

Some cases have reported the presence of ‘crossed’ sternalis muscle. It is defined as a muscle having an upper attachment on one side of the thorax, crossing the midline and inserting onto the other side. The two basic types of the crossed rectus thoracis include: a muscle body located parallel to the sternal border with only its upper S-shape tendon crossing the midline or a triangular muscle stretched obliquely across the midline [9].

The rectus thoracis has clinical significance. It is reported that the sternalis can cause misdiagnosis of pathologic thoracic conditions, and misinterpretation of mammogram and electrocardiogram readings. Although it is a relatively uncommon variant of human anatomy, during breast reconstruction, it can complicate the usually straightforward dissection of the submuscular pocket for placement of tissue expanders or implants following mastectomy, leading to a blunted medial pole and asymmetric cleavage. Plastic surgeons must also be aware of the existence of the sternalis as it may require additional dissection or excision during exposure of the internal mammary artery for free tissue transfer [10]. Owing to its parasternal location, the sternalis muscle has been reported to confuse radiologists by presenting as an irregular mass in the medial breast on routine mammograms, leading to the misdiagnosis of breast tumors or hematomas [11]. In order to rule out the possibility of a breast tumor, MRI or CT imaging is commonly ordered to visualize the sternalis. In addition, the sternalis muscle does not seem to have contractile function, which is uncommon for a skeletal muscle. The absence of muscular contractions can skew the readings on electrocardiogram [12,13].

While most often clinically silent, the presence of a sternalis muscle can present with symptoms of chest pain due to long-term painful soft tissue swelling of the parasternal region. Chest pain can be a result of compression of the pectoral nerves and the anterior cutaneous intercostal nerves by soft tissue swelling [12,13]. In addition, patients with either acute myocardial infarction (MI) or angina pectoris are likely to develop active trigger points in the sternalis. A trigger point is essentially a tight area within muscle tissue that can manifest into the sensation of pain. Trigger points occur in a specific pattern where the fascia is susceptible to irritation. A sternalis trigger point activated by an episode of myocardial ischemia is likely to persist long after this initiating event. Osteopathic Manipulative Medicine (OMM) can be used to treat acute chest pain that is non-threatening, when an MI requiring immediate medical management has been ruled out. The patient lies in a supine position with slight neck flexion and body turned toward the side of discomfort. The physician should then introduce slight flexion, rotation and side-bending to the side of the pain, if unilateral. As pain becomes less severe, it is important to educate patients in appropriate postures that promote neutral spine positions and rib positioning. Instructions in proper breathing patterns, emphasizing diaphragmatic breathing patterns more than upper respiratory patterns is important. The patient should learn to perform self-pressure release on his or her own sternalis trigger points, followed by application of moist heat. In addition to OMM, trigger point injections and dry-needling techniques can also lessen the severity of the pain [13].

The rectus thoracis is a muscular variant of the anterior thoracic wall with variable origin and insertion points. Knowledge of the sternalis is familiar to anatomists but quite unknown to clinicians. Continuing education of this muscle is essential to avoid diagnostic dilemma and surgical complications. OMM, trigger point injections, and dry needling techniques are commonly used to treat sternalis trigger points.

The authors are grateful to the donor who donated his body to the medical school involved in this research, and to his family and friends. The authors would like to thank Garret W. Holst for assisting in dissection and taking pictures and Marian University College of Osteopathic Medicine Biomedical Sciences Department for allowing them to collect data from their cadaver.