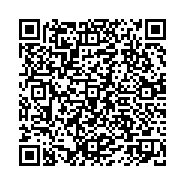 Variability in blood pressure and heart rate during dental surgery

Most dental procedures cause a significant cardiovascular reaction, which is normally innocuous in healthy people but might be quite harmful in vulnerable patients with heart problems. Acute psychological stress, such as that encountered during a dental procedure, induces a defensive response defined by an increase in sympathetic nerve activity, which may precipitate unfavorable cardiac events in individuals with severe heart failure. Clinicians require a criterion for the early detection of an increased increase in heart activity owing to an enhanced sympathetic drive to terminate a dental operation before a life-threatening cardiovascular event occurs. Blood Pressure (BP) and Heart Rate (HR) are commonly used as indirect indicators of increased sympathetic activity during stress; however, research has not proven the actual validity of these parameters in the early detection of abnormal cardio-circulatory changes that may occur in cardiac emergencies. Indeed, HR and blood pressure patterns under stressful circumstances are determined by the normal behavior of the individual in the situation. A common rise in peripheral vascular resistance in some persons causes a prolonged increase in BP, which is responsible for a decrease in HR via baroreflex-mediated processes, whereas a common increase in cardiac response in others causes an increase in HR as well as a decrease in BP. As a result, HR and BP alone or in combination should not be regarded as valid indicators for evaluating cardiovascular activity during stress, because they frequently interact with each other and are inversely associated. Heart rate variability, or HRV, has been recognized as one of the most promising measures of cardiovascular function by researchers. HRV is measured by analyzing successive sinus rhythm R-R intervals (beat to beat) and may offer quantitative information on the modulation of cardiac vagal and sympathetic nerve activity to the heart.

Low HRV levels suggest higher sympathetic cardiac activity and an increased risk of malignant dysrhythmias, especially in heart disease patients. Researchers have shown that a stressful scenario, such as a dentist appointment, has a large impact on HRV and have proposed that it might be a sensitive quantitative measure of autonomic activity under stress. The goal of this study was to compare the sensitivity of HRV in assessing the cardiocirculatory response during a tooth extraction to other clinical indicators that are more commonly utilized in clinical practice.

The cardiovascular response to a stressful event is assumed to be impacted by cardiac-vagal withdrawal and adrenergic activation, which results in enhanced cardiac chronotropic and inotropic effects (cardiac reaction) as well as increased total peripheral resistance (vascular reaction). As a result, both HR and blood pressure rise. However, the hemodynamic underpinning cardiovascular responses to mental stress activities would necessarily differ between persons and tasks. People differ in the cardiac and vascular mechanisms that underpin their cardiovascular response to a stressful circumstance, and their reactions may be distinguished by the amount to which they include a primary increase in cardiac output (cardiac reactors) or peripheral resistance (vascular reactors). It is now known that some persons are principally cardiac responders; while others are vascular reactors and that some tasks evoke cardiac reactions while others elicit vascular reactions.

These findings indicate that, while a subject's hemodynamic responses to behavioral stimuli vary, the diversity between persons is constant. Individual variations in sympathoadrenal activation (epinephrine vs norepinephrine) under a stressful scenario may indicate disparities in cardiac and vascular response.