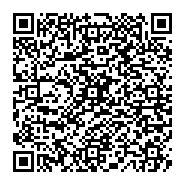 BACKGROUND: The standard method for specimen collection and transport for microbiological diagnosis of bacterial vaginosis is an air-dried smear of vaginal secretions, promptly heat- or alcohol-fixed, Gram-stained and scored by Nugent’s criteria.
OBJECTIVE: Two alternative methods are evaluated: sending a swab in transport medium to be smeared and Gram-stained in the laboratory two days later; and sending a smear of vaginal secretions sprayed with cytological fixative to the laboratory for Gram staining seven days later.
PATIENTS AND METHODS: One hundred fifty-two women aged 18 years and older who attended a hospital colposcopy clinic or a community healthy sexuality clinic were studied. This was a prospective study: three vaginal swabs were taken from each patient and handled as described above. Each slide was blindly and independently interpreted by two microbiology technologists. The sensitivity, specificity and coefficient of agreement of the transported swab and cytologically fixed methods were compared with the air-dried smear method.
RESULTS: Smears from swabs in transport medium and cytologically fixed smears both had 90% sensitivity and 97% specificity for bacterial vaginosis compared with diagnosis from air-dried smears. Cohen’s kappa was 0.88 (95% CI 0.79 to 0.97) for each method. Inter-rater reliability assessed over all slides (all sampling techniques) was excellent (kappa 0.94).
CONCLUSIONS: For the diagnosis of bacterial vaginosis, both alternative techniques provide results equivalent to air-dried direct smears. A vaginal smear sprayed with cytological fixative provides immediate fixation of material to the slide, permits delays in swab transport and avoids the requirement for transport at a controlled temperature imposed by swabs.