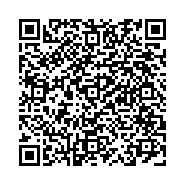 Methylotrophs: Physiology in the Phyllosphere, and the Impact on Agriculture and Environment

Methylotrophs are bacteria and yeasts, which can utilize methanol and/or methane, play key roles in the carbon cycle between CO2 and methane.  Methanol is considered a prospective carbon resources produced from a natural gas, methane.  It is easily transported and does not compete with food resources. In 1970’s, high-cell density cultivations of methylotrophs were developed to produce single cell proteins, which lead to the technological basis for application of methylotrophs in production of useful chemicals and proteins.   In nature, methanol exists in a form of pectin methylesters of plant cell wall.  We found that methanol concentration in the phyllsophere fluctuated during daily light/dark cycle.  In the phyllsophere, methylotrophic yeasts adapt to such circadian enviroment, and proliferate through regulation of C1-metabolism with peroxisome synthesis and autophagic degradation.  Pink-pigmented facultative methylotrphs (PPFMs), e.g. Methylobacterium sp., are dominant microbial species in the phyllosphere, and the symbiotic relationship between plant and PPFMs, e.g., promotion of plant growth, has been recognized recently. We found that a homolog of circadian gene KaiC was necessary for efficient colonization of PPFMs on plants.  We also succeeded in increasing the crop yield of rice in the paddy field by spraying PPFMs.  These findings gave us new insights into the physiological role of “cellular response to methanol” including methanol-induction, which is a basis for yeast heterologous gene expression.  Such application of methylotrophic microbes to industry and agriculture has a potential to increase the input of natural gas-derived carbon atom to biomass, changing the conventional concept of global carbon cycle.