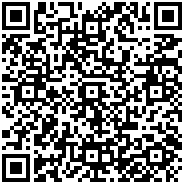 The thyroid gland and branches from the subclavian and external carotid arteries are individually subject to a fair degree of anatomical variation. Some of these variants are relatively common, occurring in 10-20% of individuals while others are extremely rare. Recognizing the possible occurrence of such variants is important in surgical procedures as a significant number of malpractice cases appear to result from failure to recognize common anatomical variants. Herein, we describe the presence of numerous anatomical variants involving the thyroid gland and cervical vasculature in the neck of a 76-year-old female cadaver. We found bilateral variants of the vertebral artery, multiple variants of the thyroid vasculature and a pyramidal lobe replete with skeletal muscle. The co-occurrence of these variants results in an extremely rare anatomical pattern in the neck.