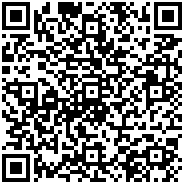 Respiratory disorders are a major burden in our society, and the worldwide respiratory medicine industry is now growing at a rate of 4% to 6% each year. Inhalation is the recommended form of treatment for respiratory disorders because it I delivers the drug directly to the site of action, resulting in a rapid onset, (ii) is painless, which improves patient compliance; and (iii) avoids first-pass metabolism, which reduces systemic side effects. The medication is inhaled through the mouth, with the majority of its therapeutic activity occurring in the lungs. Orally Inhaled Medicines (OIDs) have recently been proven to be effective in the treatment of systemic illnesses. However, the development of OIDs currently has a 70% attrition rate, meaning that seven out of ten novel drug candidates never make it to the clinic. Our discussion focuses on the factors that influence the predictive validity of animal preclinical experiments, as well as the reasons for poor OID translation into commercial treatments for the treatment of respiratory and systemic disorders. We next go over the latest developments in overcoming the limitations of animal-based research by developing and implementing in vitro, cell-based New Approach approaches (NAMs) pro-InterLeukin (IL)-1, and IL-6 in LPS-stimulated RAW264.7 cells. TRIF-dependent signalling mechanism that induces interferon In the LPS-induced Acute Lung injury (ALI) animal model, streptochlorin inhibited the infiltration of immune cells such as neutrophils into the lung and the generation of proinflammatory cytokines such as IL-6 and TNF- in Broncho-Alveolar Lavage Fluid (BALF).