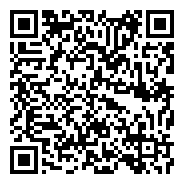 Heart Chronic Obstructive Pulmonary Disease (COPD) is characterised by a lack of airflow and persistent respiratory symptoms. The pathogenesis of COPD, on the other hand, is unknown. It is currently understood to include the reduction of alveolar surface area (emphysema) and airway inflammation (bronchitis), both of which are predominantly caused by Cigarette Smoke inhalation (CS). Pneumoemphysema is caused by the loss of epithelial cells caused by CS. CS also causes a buildup of iron in the mitochondria and cytoplasm, which leads to programmed cell death. Despite the fact that apoptosis has long been thought to be the only form of programmed cell death in COPD, mounting evidence suggests that a regulated form of necrosis called necroptosis, as well as a unique iron-dependent form of non-apoptotic cell death called ferroptosis, are involved in the disease’s pathogenesis.