Introduction: Quadriceps angle (Q angle) is the angle formed by two imaginary lines, one from ASIS to center of patella and other from tibial tuberosity to center of patella. Abnormal Q angle is one of major causes for abnormal gait. In spastic diplegic, lower limb muscles go for tightness leading to Q angle changes. Objectives: To find out significance of q-angle value as a prognostic outcome measure in male subjects with spastic diplegia aged between 7 to 12 years. Study design: Experimental, pre-post-test design was carried out. Study Participants and Setting: Total of 10 male subjects with spastic diplegia aged between 7-12 years. Study was conducted in pediatric rehabilitation centers in Bangalore and Mysore, India. Method: This study is performed as a continuation of our previously published research titled Does Q angle change in Spastic Diplegia subjects? In previous study, total of 30 male subjects with spastic diplegia and age 7-12 years were included. The study had proven spastic diplegic children with internal tibial torsion have decreased q-angle and children with external tibial torsion have increased q-angle. In this study, total of 10 subjects were selected out of previously included 30 male subjects based on randomized sampling. Out of 10 subjects, five subjects had internal tibial torsion (group A) and five external tibial torsion (group B). Subjects underwent active rehabilitation of lower limbs for eight weeks. Pre and post intervention value of q angle was collected and compared for analysis. Result: Mean age of group A was 7.8 and group B was 8.4, group A mean BMI was 16.4 and group B was 15.8. Remarkable variation in q-angle was found in pre and post intervention data. In group A, pre-intervention Q angle was 6.6 (left) and 6.8 (right), post intervention was 8.6 (left) and 9.0 (right). In group B, pre-intervention Q angle was 22.8 (left) and 22.6 (right), post intervention 20.6 (left) and 20.2 (right). Conclusion: After analyzing results from the current study and support from past literatures, this study concludes that q-angle is a good prognostic quantitative outcome measure and can be used to check competency of therapeutic exercises in pediatric population.

Sanam Mainali is currently working as a Bachelor in Physiotherapy Internee in Dayananda Sagar College of Physiotherapy, Bangalore, India. She completed her high school from Kathmandu, Nepal and moved to Bangalore for higher studies. She will be graduating BPT in this August. She has three international publications. She got her first study published in international journal while she was in third year UG. She has recently bagged First Prize in Paper Presentation in conference conducted by Indian Association of Cerebral Palsy. She is also the First Rank Holder of her batch and Distinction Holder in BPT. 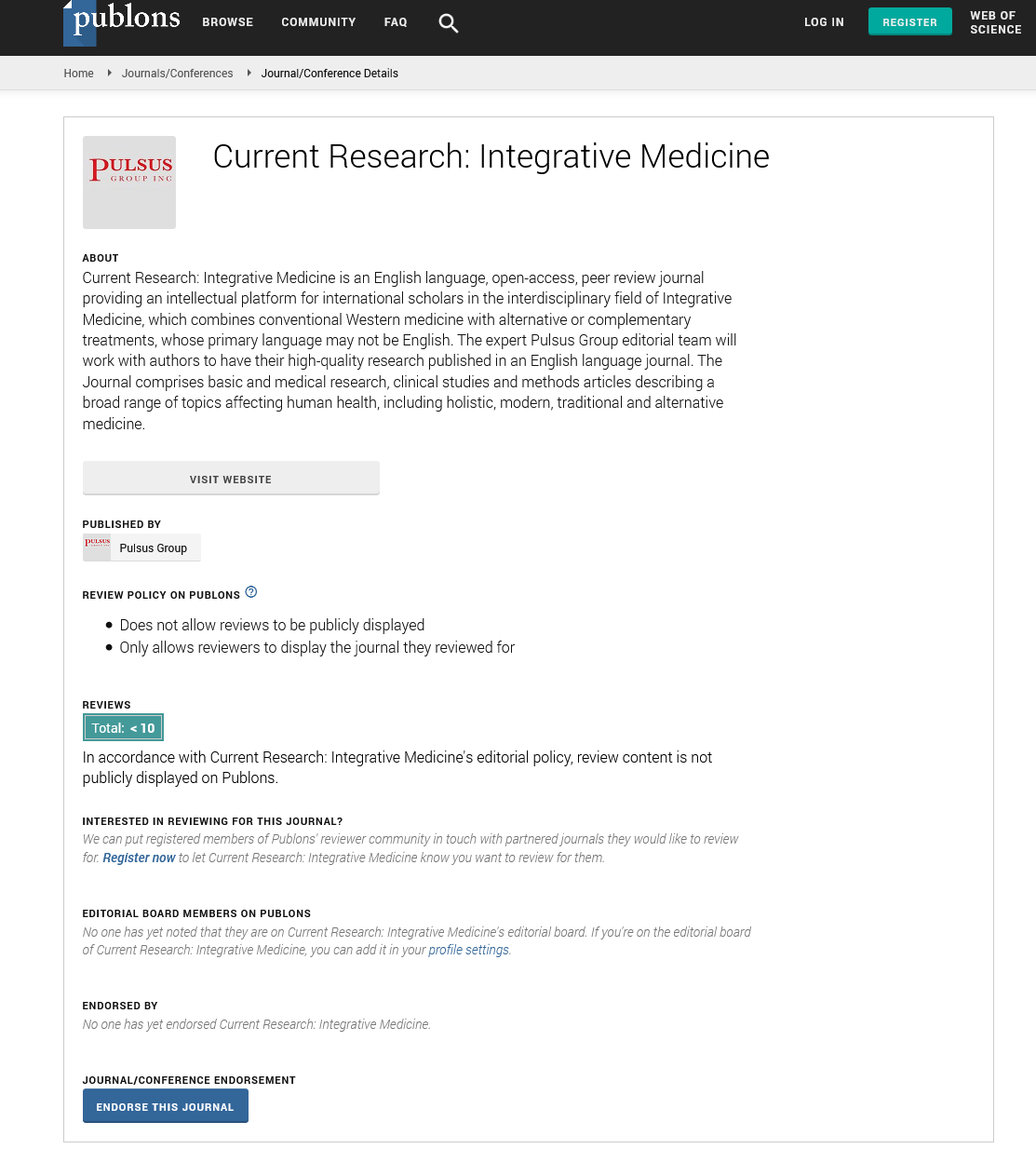